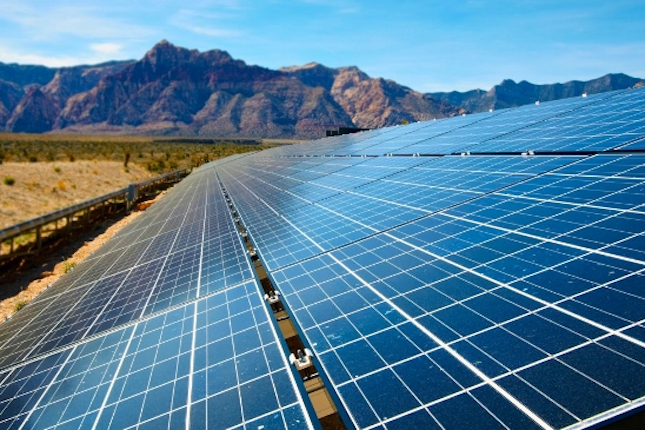 The renewable sector contributed 12,540 million euros to the Spanish Gross Domestic Product (GDP) in 2019, representing more than 1% of the Spanish economy, according to data from the Study of the Macroeconomic Impact of Renewable Energies in Spain.

Specifically, the sector’s contribution to Spanish GDP grew by 15.6% last year compared to the 10,521 million euros in 2018, driven by the ‘boom’ experienced by renewables in 2019, to stand “at 2010 levels -2011 ”, indicated the general director of APPA Renovables, José María González Moya, in the presentation of the report.

Regarding employment, renewable energies generated more than 95,000 jobs last year, both in direct and induced employment, almost 17% more than the 81,294 in 2018.

These figures were boosted by 7,051 megawatts (MW) of new electrical power installed in 2019, which set a record for renewable development.

At the trade balance level, the sector’s contribution represented a net export balance of 1,186 million euros. Exports fell to 4,273 million euros, while imports increased sharply, to 3,087 million euros, due to this strong installation activity in 2019.

On the other hand, renewables, in their different uses (electrical, thermal and transport), saved 8,702 million euros in fossil imports, helping to reduce energy dependence and alleviating the exposure of the Spanish economy to the volatility of the prices of hydrocarbons.

In emission rights, ‘green’ energies saved 1,017 million euros due to a strong increase in the average price of CO2.

In the electricity market, renewables contributed 37% of electricity, thus receiving 5,732 million euros of specific remuneration and, due to the depressing effect of these energies, they reduced the market price by 4,365 million, with a reduction of about 17 , 5 euros per megawatt hour (MWh) in the wholesale market.

The president of APPA Renovables, Santiago Gómez, valued the European Green Pact and the legal certainty that was recovered with reasonable profitability as the “two great news of 2019”.

Regarding the new call for renewable auctions by the Government for before the end of this year, González Moya considered that they are “positive” for the sector and imply going “on the right track”, since they represent a complement to the massive development of ‘green’ energies provided for by the National Integrated Energy and Climate Plan (PNIEC).