The new Renault Kangoo ZE 2021 is ready for its debut in society. The second generation of Renault’s popular electric van will bring with it significant new features that go beyond a simple makeover. Several battery options, more autonomy and advanced technological equipment to face the new electric vans that will hit the market.

The third generation of the Renault Kangoo is already a reality. The debut in society of the renewed French van has generated a lot of buzz. And it is that it is one of the most popular commercial vehicles in the Old Continent. This new generation brings with it very important news. Design change, technological improvements and very relevant changes at a mechanical level.

If there is one thing in which the Kangoo range it is your commitment to electrification at its highest level. The Renault Kangoo ZE will remain available. This successful electric van is also a new generation and has been shown in its Van variant. However, it will also be available in Combi format for passenger transport. 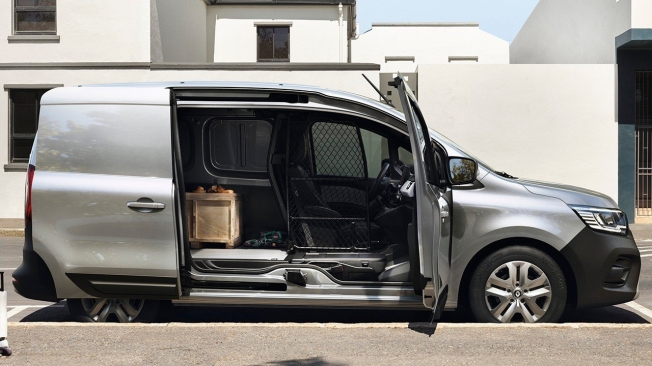 The keys to the new Renault Kangoo ZE 2021

Renault has only shown a single image of the new Kangoo ZE and has confirmed its permanence in the range. However, it has not provided technical details or disclosed any of its characteristics. All the information will be released officially at the beginning of next year. However, new reports from neighboring France allow us to shed light on some of the most relevant keys to this new zero-emissions model.

The New Kangoo ZE will be powered by a 135 hp electric motor. This engine is already used by another of the electric cars that we can find in the Renault range. More specifically for the Renault ZOE. It will be possible to choose between two lithium ion batteries. A basic of 33 kWh that will allow setting a more affordable starting price and a higher one of 43 kWh which, logically, will standardize a more important autonomy.

The version with a 43 kWh battery will allow you to enjoy autonomy greater than 300 kilometers. Let us remember that the model currently available in dealerships, equips a 33 kWh battery that allows it to travel only 230 km on a single charge. The improvement will be considerable. 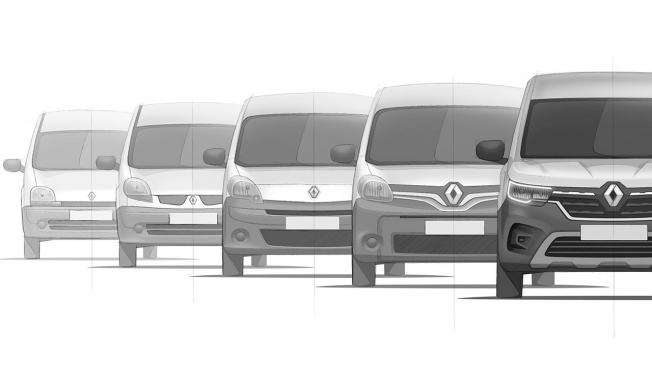 Evolution of the Renault Kangoo throughout its different generations

The new generation of the Kangoo ZE is underpinned by CMF-C platform, a key architecture in the electrification plans that Renault has for this model. A model that can even change its name. It is not entirely clear but there is speculation with the possibility of it being renamed Kangoo Electric.

All these novelties are key so that the new Kangoo ZE can continue to be one of the references in its segment. We must bear in mind that, in the short term, new and interesting electric vans are coming like the new Citroën ë-Berlingo and Peugeot e-Rifter. The market for light commercial vehicles has launched an unstoppable process of transition towards electric mobility.

When will it hit the market? Marketing of the new Kangoo ZE will start in Spain and the rest of Europe in May 2021. Production will take place at Renault’s facilities in Maubeuge (France).