We have already talked about the Jensen Interceptor, a great tourism that stood out for its multiculturalism. Jensen Motors, a British company, was in charge of projecting it. However, the design was commissioned to the Italians of Carrozzeria Touring and the first ones were produced by Vignale also in Italy (later Jensen would be commissioned). Finally, they used purely American engines, none other than Chrysler’s V8s. And probably the Jensen Interceptor SP it was the most outstanding specimen in the range.

The Interceptor we are talking about was on sale for the decade covered between 1966 and 1976, Do not confuse it with other copies of the brand on different dates. In this case, it is a gran turismo with coupe bodywork It wanted to distinguish itself by muscle and power in its signature 1970s design. It ditched the fiberglass body for a more up-to-date steel body. Although the glass was still present in that striking rear cover that could be opened independently. 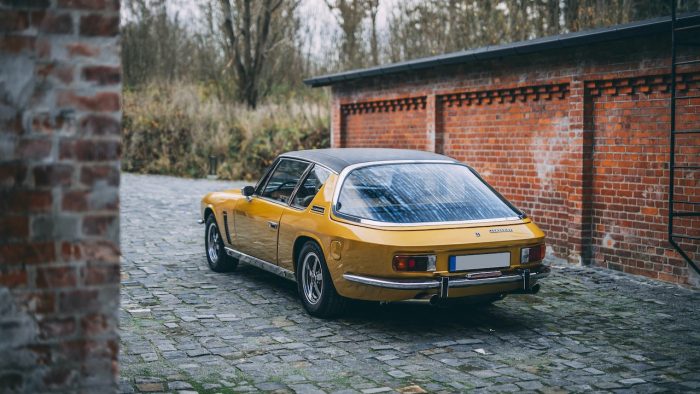 It sat on a chassis with independent front suspension and a live axle at the rear, with shock absorbers signed by Armstrong Selectaride. Another great novelty were the power-assisted Dunlop brakes on all four wheels. They were necessary in this Jensen Interceptor SP, whose initials stood for “Six Pack”, referring to the trio of double body carburettors installed in its mechanics.

Jensen had been using American engines for years because they were cheap, reliable and easy to buy; less complex than producing your own. In this case it was a Chrysler V8 with 7.2 liters (the High Deck Big Block) with which it also became the most powerful specimen in the range. With this configuration, the Interceptor SP achieved 385 horsepower and managed to outshine many rivals. It could be chosen with either a four-speed manual gearbox or a three-speed Torqueflite automatic. 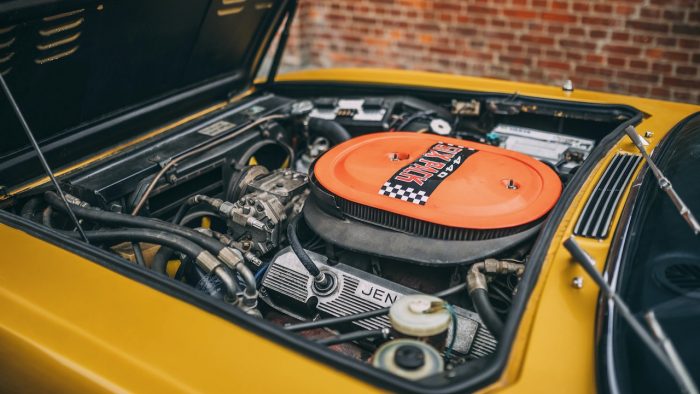 Although a little more unnoticed, the interior of this specimen was shown like that of a luxury with sporty touches. It had an equipment of the highlights by having details such as reclining seats, leather upholstery, walnut wood inserts, steering wheel with wood edge. Even those of recent years could be ordered with power steering and air conditioning.

It’s no wonder they are highly sought after today. Only 232 units were produced Jensen Interceptor SP and few are left in good condition. One like the one shown in the images was auctioned by RM Sotheby’s in February 2021 in Germany fetching a price of 57,500 euros.