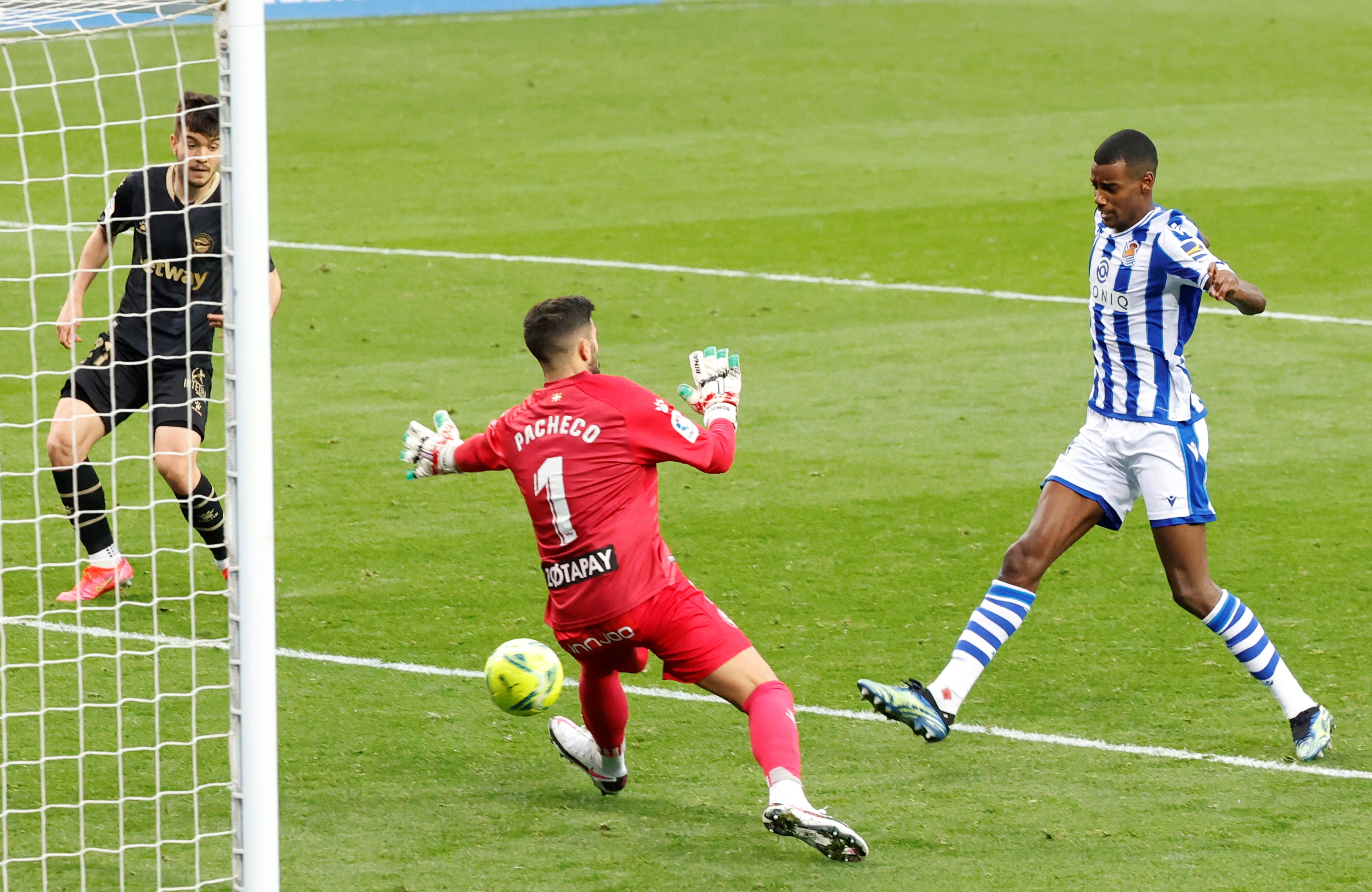 Results are the foundation of elite football. Nothing can be built without them. In his absence doubt flourishes and in indecision comes disaster. The loop is diabolical and requires character not to fall into it. La Real has plenty of conviction to follow the path it has set, a healthy route in times when there is not much good news in LaLiga. But he needs the gasoline of victory to strengthen creeds. In these walks, the team is delicate after a stretch in which the fiascos were combined with notable absences of important players. Since November he has not had three consecutive victories in the championship. He did it again after leaving Alavés behind with solvency and forcefulness, who does not stop looking into the abyss, just one point above the descent. For the Real, getting used to winning again is a balm, and more after the tumble suffered during the week against Manchester United. At its best it is a team that dreams and makes one dream.

La Real flies again and does so on a plane called Alexander Isak, a 21-year-old jewel who polishes himself in a friendly environment to grow up and who has taken a step forward after the departure of Willian José’s team. Al Alavés scored three goals in an hour, two with the right and one with the left, all excellent and subtle definitions full of class. Isak has nine goals in the last six games. In all of them he scored, a feat that only two posh forwards have achieved at Real Sociedad, Aldridge, in 1990, and Kovacevic in 2002, the Serbian on horseback for two seasons.

Isak played the score, but the conductors were after him. From right to left, but always mobile, Portu, Silva, Merino and Oyarzabal are a gift for a striker. With them the Real took on a patient demolition task because Alavés was ordered to carry out a strenuous defensive exercise. And he looked for his resources, the centers of Córdoba from the left, for example. For forty minutes Abelardo’s team became uncomfortable, at times not very porous. And he forced the rival to squeeze his talent. Real is left over, which was activated as David Silva entered the game. Veteran as he is, fresh from a series of small injuries, there are plenty of fingers to point out today in the Spanish championship footballers more exciting than the second magician from Arguineguín.

Alavés fell when he was on the edge of halftime. He did so after a period in which he ran after the ball, but kept his goalkeeper inactive. La Real had started stinging especially when it found Portu, but fell under the pressure and physique of the rival. He insisted and what looked like a stone wall turned into a sand castle. Merino took advantage of two meters of distance in the surveillance to polish his left-foot and give Isak the first goal. That notch came four minutes into the break, the second four minutes after the return. Silva took the rabbit out of the hat and Isak stroked it to the net.

Abelardo operated then, but it was too late. He had initially sacrificed Lucas Pérez for the benefit of Deyverson, who did not respond. When he amended his decision, and also sought one on one with the debutant Pellistri, there was no longer a case. La Real was sweet and Silva, as exquisite as in his best days. The third goal started from his boots, closed after Oyarzabal’s connection with Isak. Then, without Isak on the field, he found Portu to round off the afternoon and send Alavés to the corner of thinking because the Vitoria team has lost six of its last eight league games and conceded nine goals in the last two days.