The Real Madrid and United have made official the transfer of Varane this Tuesday after closing the agreement for the French defender. An operation that leaves all parties satisfied and that undoubtedly stems from the central office’s desire to seek a new adventure in The Premier after having won everything at Real Madrid. 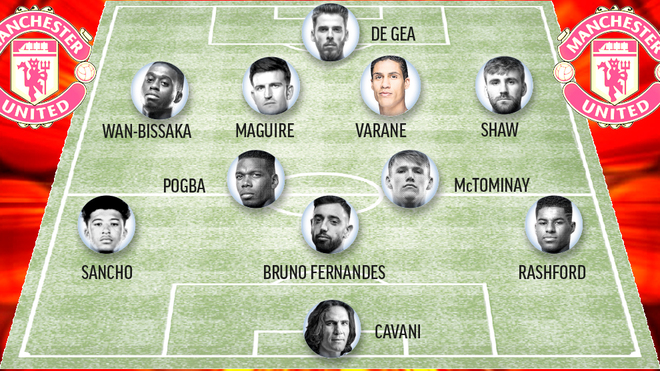 United’s eleven with Varane: a team that will be fearsome again

Varane considered that he had finished a cycle and United’s offer, it is true, was irrefutable. The player is convinced by the Old Trafford project, which is sparing no expense, and that it will almost double his chip. To win about six million in the white club, he will reach eleven. And a contract, at 28, of four seasons plus an optional to which Real Madrid certainly did not reach in his offer.

For Madrid, for its part, 50 million, the amount agreed in principle, for a player who has one year left on his contract and with the crisis that plagues football due to the pandemic, it is considered a good operation. A money that can be used to also face with greater guarantees operation Mbapp if in the end PSG decides to at least listen to Madrid.

In fact, and despite the crisis, Varane becomes the first sale of a defender in the club’s history, surpassing that of Acharf to Inter for 41 million, and only behind those of Cristiano (117 to Juve), Di Mara (75 to United), and Morata (66 to Chelsea). Behind the center are already zil (47 to Arsenal) and Kovacic (45 to Chelsea).

Madrid gives Varane for amortized after paying 10 million to Lens, which also takes a good pinch for training rights2.5% of the total transfer, 1.2 million euros.

United seize an old dream. He already wanted it in 2010, it was even seen with Alex Ferguson, but Madrid was faster with Zidane to the head and took it from the Lens with only 17 years and barely ten games in the first team. Varane, in una interview in L’quipe in 2014, also revealed that the fact that Reds Devils to sign Phil Jones I finished convincing him to go to Madrid.

Mourinho, who also remembered in an interview the day that Zidane came to him with a Varane dvd And that convinced him in two minutes, he would later end up at United and revealed that he already wanted to take Rapha to Old Trafford. Again Zidane, already on the Madrid bench,I convinced him to stay and then sign a stage of successes. At the third time, however, the Red Devils finally achieve their goal. Zidane is no longer there to avoid it.