The importance of Eden Hazard (29 years old) in Belgium is such that his name is very present even when he does not play, as it has been happening, for different reasons, since November 2019. After midnight, after the vital victory against England of the Roberto Martinez, it happened again. A Belgian journalist inquired about the possible incorporation of the madridista, positive for coronavirus, in the second question of the press conference of the selector, who did not close the door.

“We continue with open hopes, following the situation. Now I was not for the game with England, but this Monday we will have more information. It’s difficult, because you need to train at least once with the group before the game, “explained a Martinez of collective and individual celebration, having just reached 50 games on the Belgian Red Devils bench. 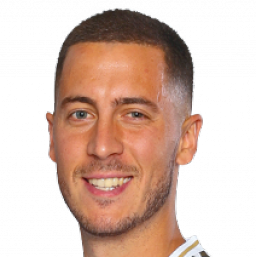 The technician maintains minimal confidence that Hazard can be available on Wednesday (8:45 pm) for the appointment with Denmark, at which one point would take your staff to the Final to Four of the League of Nations. Spanish has not moved from that speech since the concentration in Tubize without Eden began, who had to leave his call due to contagion. Then Balaguer’s has been telling his plans with him, first in the previous matches against Switzerland (friendly) and England, and then in the post against Southgate.

The reality, however, is that Hazard will not leave Spain. In Friday’s test he tested positive again, as in Wednesday’s, and, although at the beginning of the week he will be subjected to another, he needs two negatives. Therefore, there is not enough margin for him to join Belgium. His reappearance with his country has to wait until March, when it will be almost 16 months since his last internationality, because in September he did not have minutes not to risk in his set-up.

The situation reassures Madrid, who wants to be extremely careful with the most expensive signing in its history. Especially now In the middle of the second wave of coronavirus that lives in suspense due to the infections around Modric, Varane or Odegaard. There are many sources of concern open to add that of ‘7’, for which the idea is that he recovers in time for Villarreal, second place, which he visits on Saturday at La Cerámica (4:15 pm).