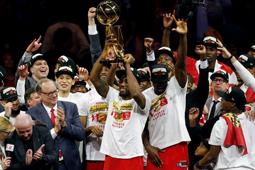 The Canadian government rejected the NBA and Raptors’ request to play in Toronto amid the coronavirus pandemic and the team announced that it will start the next season playing in Tampa, Florida.

“Basically, the current public health situation Canadians face, combined with the urgent need to determine where we will play, means that we will begin our 2020-21 season in Tampa, Florida,” the team said.

An official familiar with the federal federal government’s decision told The Associated Press that the massive spread of COVID-19 in the United States has led Canadian authorities to ban the crossing of their borders for matters not considered essential. The official, who spoke on condition of anonymity as he was not authorized to speak publicly on the matter, said there is a possibility that at some point next year the decision could be reviewed.

The Canadian government had been evaluating the proposal from the NBA and the Raptors. The team had indicated that it needed to receive a response this week as training camp will begin in less than two weeks.

The Raptors and the NBA required an exception to the 14-day quarantine requirement that the Canadian government established for anyone entering Canadian territory for non-essential reasons. The border between the United States and Canada remains closed for non-essential travel.

This year, the Canadian government rejected the Blue Jays’ request to play in Toronto because health authorities deemed it unsafe.