An American publication assures that STELLANTIS has canceled the development of its future mid-size pick-up, so the expected successor to the RAM Dakota will not reach the market as the company had announced a few years ago.

According to a recent article by the guys at GM Authority, an anonymous source from the US division of the STELLANTIS group has confirmed that development of its new mid-size pick-up has been canceled, despite the fact that it was a project that the company had already confirmed and officially announced years ago.

This had been precisely one of the great novelties of the 2018-2022 strategic plan that the FCA Group had prepared for the RAM Trucks seal, which for quite some time has been operating as a brand totally independent from Dodge, although its models continue to share a dealer with this and other firms of the US division of the former FCA. 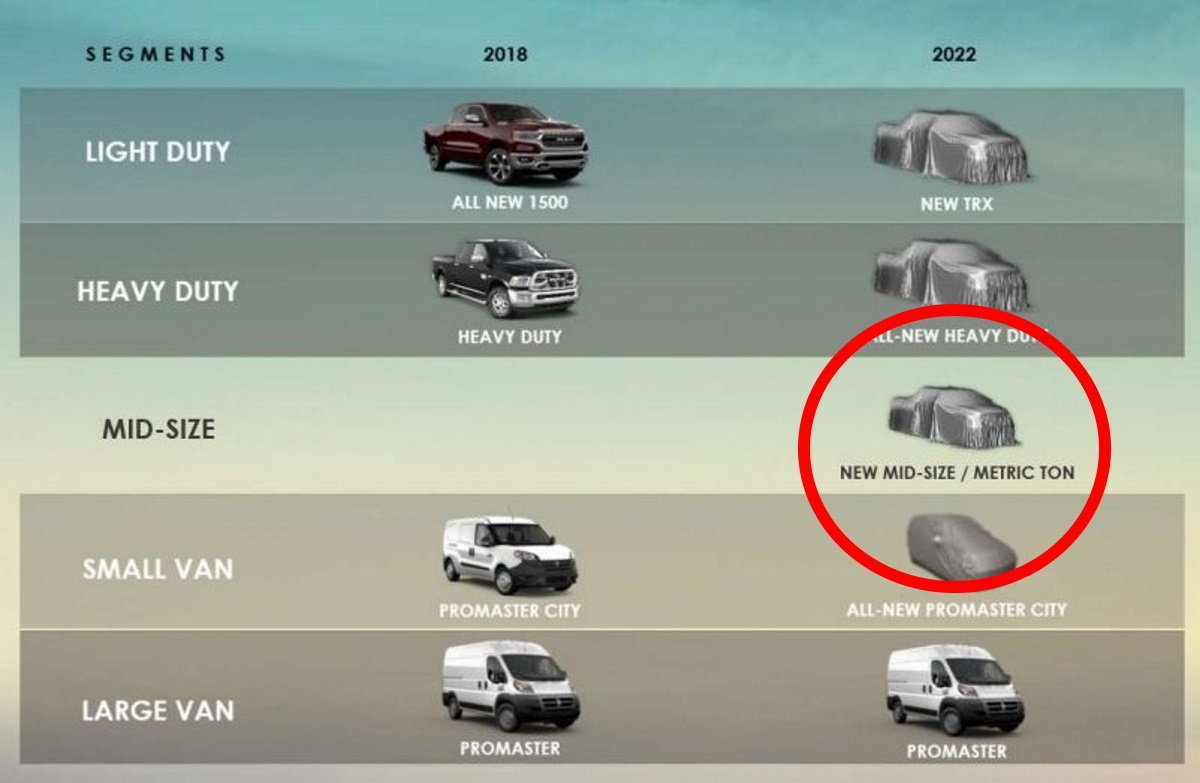 In principle, the company only confirmed the launch of a new mid-size pick-up before 2022, but did not reveal more details of the model or its possible name. From what all the media we have referred to this model as the new RAM Dakota, a name used by the last mid-size pick-up of the American company.

Although for years the market segment for mid-size pick-ups was practically abandoned by US manufacturers, in recent times it has grown notably and led to the arrival of new models, such as the Ford Ranger, which is absent. market for many years. The Dodge Dakota suffered the same fate in 2011 and in theory it should have been reborn before 2022, but the truth is that the only news we have had since 2018 is the announcement of its arrival, its possible production in Ohio, along with the Wrangler, and this latest report, revealing that the project has finally been canceled. In between, no more information about the model has appeared nor have prototypes of any kind been sighted to confirm that the model had passed its testing phase.

The real reason for the cancellation of the project is unknown but according to the aforementioned American publication, it is probably due to the success that the Jeep Gladiator is having, the pick-up variant of the Jeep Wrangler with which the new RAM Dakota had to share a platform and mechanics. Which would have made those responsible for the company think that they do not need a second model in the same segment, which also dominates the Toyota Tacoma with an iron fist, with a market share of more than 40% in the last quarter of 2020.

New mid-RAM pick-up before 2022, is the Dodge Dakota back? Read news