From looking at the ground, to staring at the sky. The ruts, the ‘fesh-fesh’ and the thousand and one traps of the Safari Rally stages have been watered down by the rain present in the Saturday evening loop. Storms that have altered the podium and that have put fear in the leader’s body, despite his great performance. In fact, Thierry Neuville has taken another giant step towards victory and has a 57.4sec lead over Takamoto Katsuta after tricky SS13. For its part, Sébastien Ogier is now third after the problems experienced by Ott Tänak, in a new episode of the ‘Saturday curse’ for the 2019 WRC champion.

I started the second loop with scratch by Ogier, a logical result of the Frenchman’s goal of putting pressure on the three pilots on the podium. The Toyota driver did not obtain great income in the 14 kilometers of ‘Elmenteita’, although the WRC leader left his stamp on the surpass Ott Tänak by 2.1 seconds. In turn, the Estonian pilot cut Takamoto Katsuta by 5.8 seconds in the fight involving the three pilots named for the podium. Oblivious to this fight of his pursuers, Thierry Neuville discounted a new stage on his way to victory, while behind Adrien Fourmaux beat Gus Greensmith by a narrow margin.

Takamoto Katsuta maintains second position in the Safari Rally, although he has Sébastien Ogier closer and closer.

In this tug of war worthy of the battle for the podium, Ott Tänak responded in SS12 with a scratch, although again the distances between the protagonists of this duel were minimal. In fact, Tänak was one second ahead of Ogier, while Takamoto Katsuta was 7.8 seconds behind of the time set by the Hyundai driver. The Belgian Thierry Neuville was sandwiched between the three again, as he did on this occasion Gus Greensmith to strike back at Adrien Fourmaux and put a stop to the Frenchman’s hopes in the fight between the two M-Sport riders for fifth place.

The duel for the podium and the dynamic of ‘tranquility’ seen in the first two stages was broken at the moment in which the sky was opening and pouring down on Kenya. The rain did not affect the pilots who opened the track -all repeats-, but it did affect the nucleus of pilots fighting for the ‘top 5’. In fact, Dani Sordo got his first scratch opening track ahead of Elfyn Evans and Adrien Fourmaux. A reason for celebration for Hyundai that was diluted in the rain itself before the problems of Ott Tänak that made him lose third place against Sébastien Ogier. 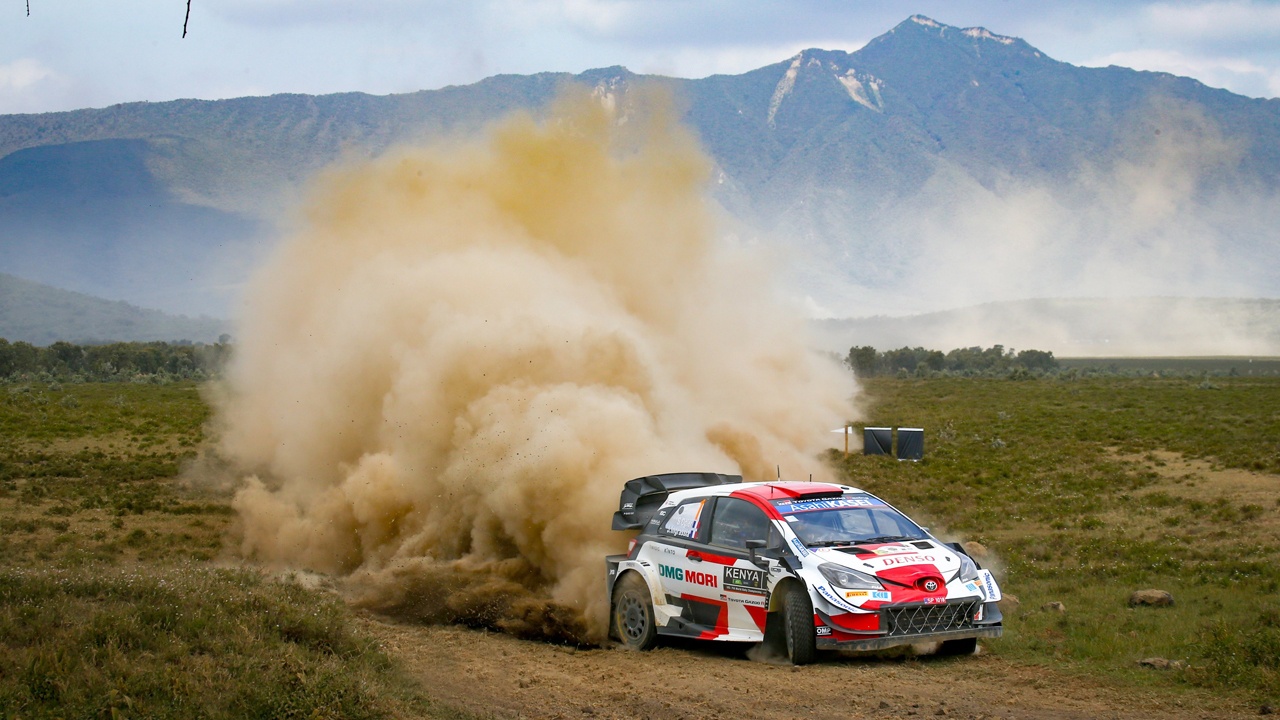 Sébastien Ogier is third after Ott Tänak’s problems and is already in second place.

Heated rear window problems left Ott Tänak without visibility. In fact, the Estonian had to stop to demist the windscreen and be able to continue on his way, lost time that has made him fall more than a minute behind Ogier. A situation that leaves Thierry Neuville ahead of Takamoto Katsuta and Sébastien Ogier, waiting for the decision made by Toyota and see if the Japanese hands over the second position to the French to favor Ogier in the fight for the title. In the end, Tänak was the element that prevented this strategy and at the same time he was putting pressure on the Toyota drivers in search of second place.

In fact, Ott Tänak’s main concern after another ‘black Saturday’ is with the M-Sport pilotsas Gus Greensmith is now 18.2 seconds behind Estonian. For his part, Adrien Fourmaux is 12 seconds behind his teammate, so he is ready to fight for fourth place. Kalle Rovanperä continues seventh ahead of the three local drivers who complete the ‘top 10’. Onkar Rai, Karan Patel and Carl Tundo they are also holding the pulse against the repeating World Rally Cars, since Lorenzo Bertelli is still 16 minutes behind tenth place.

Classification after SS13 of the 68th Safari Rally Kenya

The Kenya Safari Rally ends this Sunday (06: 26h) with the dispute of the five sections of the third stage of the event. Pilots and co-pilots will measure forces in a total of 53.49 kilometers against the clock.