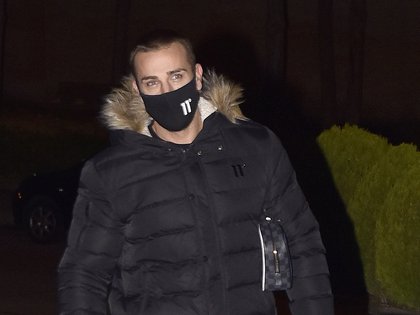 11/15/2020 Rafa Mora, one of the great supporters of Kiko Rivera EUROPE SPAIN SOCIETY

Kiko Rivera is living in his flesh a nightmare that he never thought would touch him so closely. And it is that, at 36 years old, he has discovered that Isabel Pantoja could have deceived him not only with Paquirri’s inheritance, but also with all his father’s personal belongings, in a locked room in Cantora when he thought they had been Stolen. A hard blow for the DJ who, now more than ever, has the support of his wife, Irene Rosales, his brothers Francisco and Cayetano Rivera and, of course, his closest friends.

One of them is the television station Rafa Mora, who, taking advantage of the fact that Kiko is spending a few days in Madrid, barely leaves his side. We have seen the collaborator of “Sálvame” arriving with dinner for the DJ at the hotel where he is staying and, affected by the hard time the artist is experiencing due to the public war he has with Isabel Pantoja, has assured that he is supporting him because he is ” what friends should do right now. For better and for worse. “

These days many people have expressed their fear that Kiko relapses into his addictions, affected by all the things he is discovering about his father’s inheritance and the blow that breaking the relationship with his mother has meant for him. However, Rafa Mora trusts his friend and confesses that “I am convinced that no, he has many people who love him.”

Without wanting to go into whether Kiko will sue Isabel Pantoja, the collaborator of “Sálvame” would like the DJ to make up for lost time with his brothers Francisco and Cayetano: “Hopefully”.