Some details of the project of the Super league have already been released. Although we will have to pay special attention to UEFA’s confrontation with the teams.

How many founding teams will there be?

Although at the moment the founding members are 12, the idea is that there are a total of 15. The remaining three would not have to join immediately, they could do so within a year. Bayern and PSG are the two great candidates despite the rejection of the Bavarians and the silence of the Gauls. Parisians could unite after the 2022 World Cup in Qatar, where its president, Sheikh Nasser Al-Khelaifi, has interests. Borussia Dortmund, Porto or Ajax are other clubs that have sounded strong.

What will be the format of the competition?

There will be 20 teams with two groups of 10 each. Four of each will pass, crossing in a quarterfinal. Then, a semifinals and a final. The final phase will be similar to that of the current Champions League.

Is it a closed league?

Yes, but with nuances. The idea is that there are 15 founding teams and that there are five places that will be distributed by sporting merits. What has not been specified is what will be those performances of the teams to be able to access or from which countries they will be.

When will it start?

It is one of the great unknowns and it will be what happens in the next few days that marks the calendar. It could start this summer or in 2022. What is clear is that the tournament will start in August of each year.

How much money will be distributed in the super league? 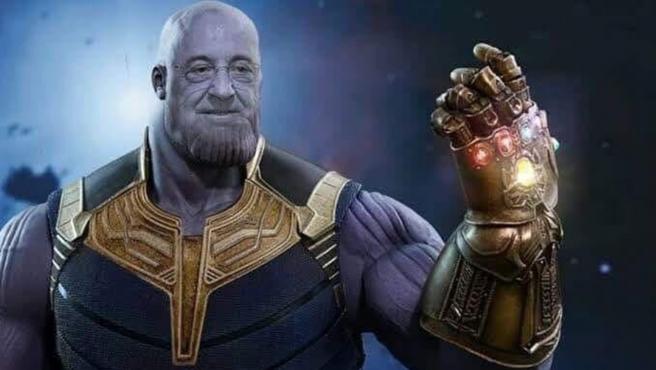 “I can confirm that we will finance the operation”, admit from JP Morgan. The founding clubs will collectively receive a one-time payment of 3.5 billion euros that will be used to undertake investment plans in infrastructure and offset the impact of the pandemic.

The estimate is that each participating club will receive around 350 million euros per year, while the solidarity payments «” will be higher than those currently generated by the European competition system and are expected to exceed 10 billion throughout the commitment period. of the clubs “, assured the members of the Superliga in the communiqué.

Can the leagues, UEFA or someone stop the tournament?

The explanation is offered by Toni Roca, an expert in football law and founder of the Himnus law firm. “From a legal point of view, no public or private body can prevent these clubs from organizing the Super League. And call it Governments or the European Commission. You cannot prevent that if two teams want to leave, they leave.”

Can UEFA prevent players from going to the national teams?

Ceferin has been clear in his threat to footballers who play for Super League teams: he wants to keep them out of national team matches. This, two months before the Eurocup. Toni Roca gives an explanation and a precedent: “I don’t see it viable. There is a precedent from the International Skating Federation. A Korean company wanted to mount an alternative competition. More money, the best skaters. The Federation threatened to exclude from competitions including Games, and no one went. But two skaters reported the situation to the European Commission and it said that an athlete could not be sanctioned for participating in another competition. Translated to football, the same thing happens with UEFA. Also, to do that you have to open a disciplinary file to the player and you have to give him the opportunity to defend himself. It is a long process. We are talking about about 400 players, a legal dispute with all of them shortly before the European Championship. FIFA said in January that no player he would participate in the World Cup and now he invites dialogue, “explains the lawyer specializing in soccer law.

Is it possible that Madrid will be thrown out of this Champions League?

It will be one of the star issues in the coming days. Three of the founders of the Superliga (Madrid, Chelsea and City) are in the semifinals of the Champions League, which start next week, and UEFA does not rule out excluding them. “It could do it, but it would have very important economic consequences not only with the teams, but also with the televisions. Do you take away the four most interesting games from the competition because it gave you a tantrum? Well pay. It would seem crazy to me », explains Toni Roca. Will both UEFA dare to put pressure on the clubs?