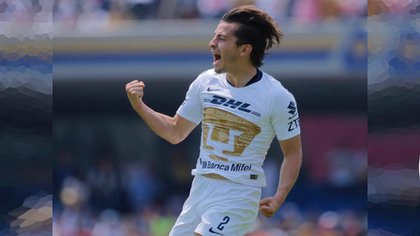 Just when the League MX has asked the clubs extreme precautions due to the wave of soccer players infected with coronavirus (COVID-19) in recent weeks, social networks have circulated a video where it appears Alan Mozo, player of the Pumas of the UNAM, breaking the health protocol.

According to Récord, the newspaper that broadcast the video of less than a minute, on the night of this January 22, the 23-year-old university defender was seen in a restaurant-bar From Mexico City, partying with friends what appears to be a birthday.

Sitting at a table where no one wears a mask or has a healthy distance, Mozo ingests an alcoholic drink in the form of a shot, compromising his well-being and that of his entire team a couple of days after facing the Gallos Blancos del Querétaro , in the corresponding duel of day 3 of the Guard1anes 2021 tournament.

During the morning of this January 23, through a release The University Club announced that the defender was separated from the first team and will be tested for SARS-CoV-2, in order to avoid contagion. 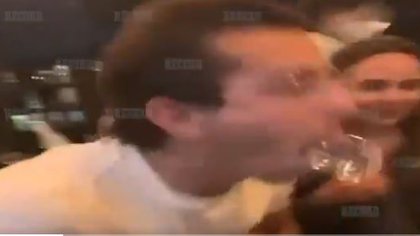 Derived from the video disseminated through social networks, where Alan Mozo is observed committing an act of indiscipline that breaks the health protocols of the club and Liga MX, the board determined that he will not travel to Querétaro, in addition to that he will be suspended until complete the protocol isolation and present a negative PCR test

Finally, the felines reiterate their commitment to the situation experienced in the Mexican capital and the world. 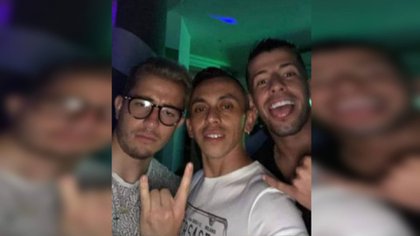 Alan Mozo and Pablo Cepellini would have been in a meeting almost two weeks ago (Photo: Special)

It is worth mentioning that this is the second sanction that Mozo receives for the same reasons since the health crisis in the country began. In August 2020, Alan was caught at a party with Cruz Azul player Pablo Ceppelini.

After the fact, the runner-up of the last tournament gave him a suspension match, as well as a financial fine.

In this regard, some journalists expressed that his recurring offenses could end his promising career. And it is that according to the Tranfermarket portal, Mozo is the third best-priced Mexican player of the club, with a value of 2.5 million euros.

“He is a boy who has many faculties and I believe that he should be well advised so that his life outside the fields is much more professional. Until now it has not been […] If their record (of bad disciplines) becomes fatter, the board of directors will get tired and run the risk of losing ownership or leaving the team. ”Unlike what happened with ‘Cabezita’ Rodríguez, the reaction of the Pumas was faster, ”said Héctor Huerta, a journalist for ESPN. 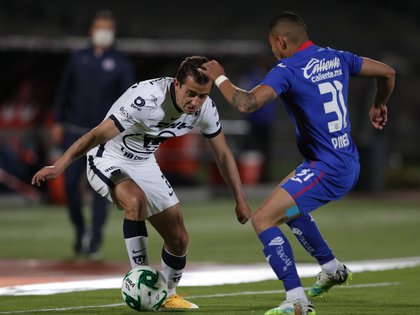 “The players have to be much more professional and they have to be smarter. What strikes me is that these videos are always recorded with people who are with them. If we notice, this is a video of someone who was at your table […] This has always happened, I am not going to be scared because a player serves two, three or 10 tanks days before the game […] You have to touch his pocket and you have to sanction in an exemplary way ”, Mauricio Ymay of the same medium.

The situation occurs a few days after the controversy of the Uruguayan player Jonathan “Cabecita” Rodríguez, who was harshly criticized for a similar situation, being caught in a hotel room at a party wearing the Cruz Azul uniform.

Among the measures that the federal government health authorities have implemented is asking people to stay home if they do not need to go out. This is due to the fact that infections have increased considerably, even Mexico City remains in red (maximum risk of contagion) at the epidemiological traffic light.