PUERTO RICO – Olajuwon Acosta, the pride of the Roosevelt Residential located in the City of Mayagüez (La Sultana del Oeste), who in his amateur career was led by the hand of Mr. Luis Ríos, won 56 fights, with 49 victories and 7 defeats. At 18, Olajuwon decides to make the leap to professionalism to show his talent and bring a world title to his town and residence.

“El Rayo” as he is nicknamed in his residence, has a record of 5-0-4 knockouts, plays in the 115.00 pound category, has his promoter house Universal Promotions from Ponce businessman Javier Bustillo and is trained by José Luis Trabal. 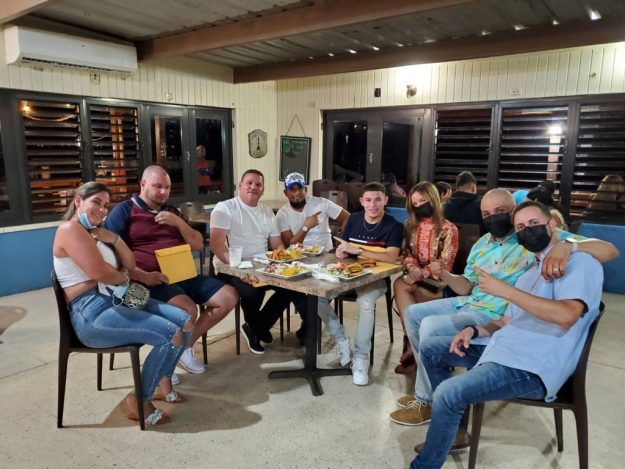 The León Management team is very grateful for the opportunity that Olajuwon has given to Team De León and together with his great work team they will do everything in their power so that “El Rayo” can achieve its goals and dream of being world champion, and may bring joy to his family, and all his beautiful people from the city of Mayaguez. Team de León wants to develop their talent and potential.

“I am very happy for the opportunity that Olajuwon“ El Rayo ”Acosta, José Trabal and their promoter Javier Bustillo have given me. I am committed to performing my tasks impeccably, putting all my effort and skills to develop his career in the right way, ”said Juan De León (brother of the late former world cruiserweight champion Carlos“ Sugar ”De León).