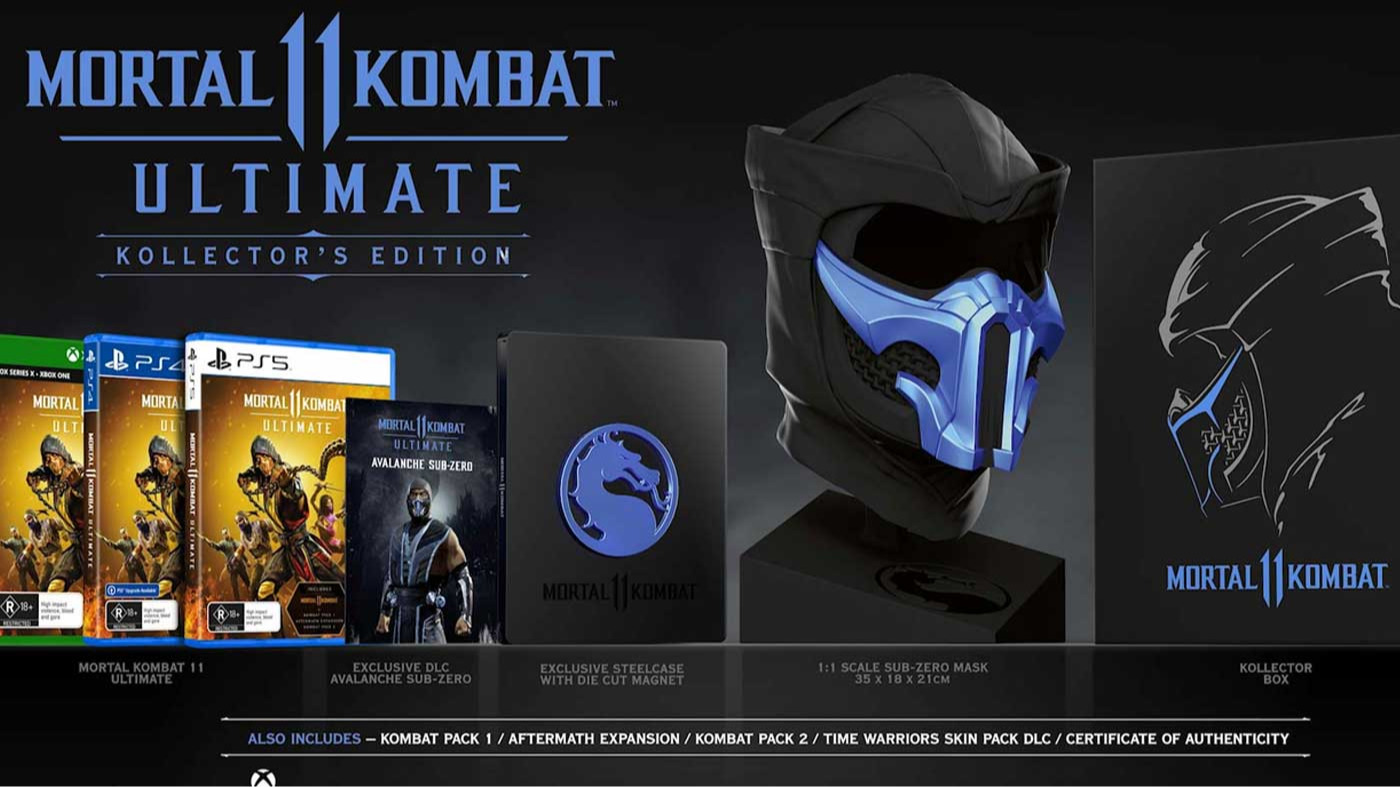 We present to you what this Kollector’s Edition of Mortal Kombat 11 Ultimate looks like.

Mortal Kombat 11 Ultimate, the definitive edition of this great fighting game, has already reached PS4, PS5, Xbox One, Xbox Series X, PC and Stadia. And it hasn’t alone and with the game simply, but has done it a special edition called Kollector’s Edition.

Since last October we informed you that you can now reserve the complete Mortal Kombat 11 Ultimate Kollector’s Edition exclusively in GAME stores. If you want to get hold of the most spectacular edition of all, we show you how is this striking Kollector’s Edition, which has as its main course the very Sub-Zero helmet life size.

Let’s review what this contains spectacular Mortal Kombat 11 Ultimate Kollector’s Edition. With the purchase of this edition is included:

Exclusive Steelbook and Magnet, only available through this edition.
A 1: 1 scale replica of the Sub-Zero mask (35 x 18 x 21cm).
The exclusive Premium box of the collector’s edition.
Avalanche Sub-Zero Exclusive DLC.

Wireless controller for Xbox One consoles in a special edition in Sport Blue color. Official and original Microsoft product.

We show it to you in great detail, from the size of the box with everything in it -for those who have opted for it and have not received it yet, or for those who are thinking about it– and ending in the highlight of the edition per se and for what many Mortal Kombat saga fans they will fall in love.

As you may have seen in the unboxing, the Sub-Zero mask comes with a pedestal, to which it is attached, for those who wish to have it as an exhibitor in a privileged place. Additionally, this edition includes all the game’s DLCs and post-launch content.

Remember that Mortal Kombat 11 has already sold more than 8 million units, it will be updated for free on PS5 and Xbox Series X / S and that you can already see the combat of the century: Rambo vs. Terminator!