Kingdom Hearts: Melody of Memory is already on sale on consoles and to celebrate the publication Dengeki Online has interviewed the director of the series Tetsuya Nomura, who has given some clues of the future that awaits these games in a hypothetical game for PlayStation 5 and Xbox Series X | S. The first thing that stands out is that although much of the story has concluded with Kingdom Hearts III, there are still mysteries to be solved and characters without closing their story. Nomura says he wants to change the format a bit while connecting these stories to the future: “I want to drastically change the world and tell a new story, but also to tie up those loose ends.”.

“I don’t think there are situations where you meet Xehanort as an antagonist in the main story, but the effects it has had on your history remain, as you can see in the story of Kingdom Hearts: Melody of Memory “.

2022 be the 20th anniversary of Kingdom Hearts and they hope to deliver “good news”, but does not specify if it is the announcement of the next main game or another project. “If we do a Kingdom Hearts for the new generation of consoles, it will come after other companies have released their games, so we have to do something that can compete. Of course, this is somewhat hypothetical as we haven’t announced a new game on PS5 or Xbox Series X | S. “

His way of working with Kingdom Hearts

Dengeki Online asks Nomura how he plans the sequels during the development of each game. Director ensures that he usually thinks of a sequel to the project he is working on: “When I was working on the original Kingdom Hearts, I had Kingdom Hearts: Chain of Memories in mind. For Kingdom Hearts II and Roxas, I was planning to start the game with a new protagonist, but I didn’t have a concrete vision at the time.” 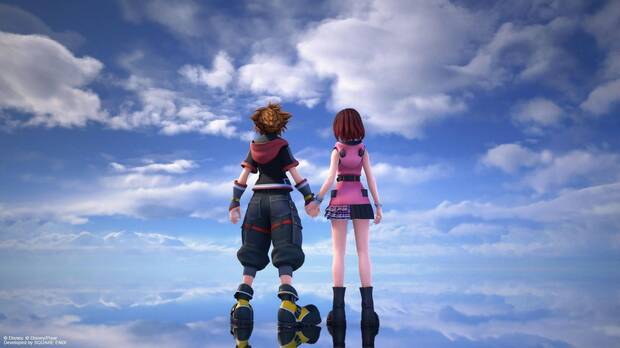