PlayStation 5 features a processor-based architecture AMD 7nm Zen 2, similar to that of Ryzen third generation. The chip has 8 cores and 16 threads thanks to SMT, operating at a variable frequency up to 3.5 GHz. This processor looks a lot like the Ryzen 7 3700X, albeit with slightly less frequency.

The graphics card will be based on AMD Navi, with architecture RDNA 2 custom. The power will be up to 10.28 TFLOPs with 36 Compute Units running at 2.23 GHz, also with variable frequency. The console will maintain a constant energy consumption, and it will be the components that will adapt to that consumption. The memory will be shared between the processor and the graphics, with 16 GB GDDR6 with a 256-bit interface at a maximum of 448 GB / s. The performance is estimated to be equivalent to an RTX 2080, although the figure may vary because we don’t know much about the actual performance of the new AMD architecture.

The storage unit becomes a 825GB SSD, finally leaving hard drives behind. This SSD will offer speeds of up to 5.5 GB / s on uncompressed data, and up to 9 GB / s with compressed data, making games load almost immediately by filling the console’s RAM in just one couple of seconds. We will also have a NVMe slot to expand internal storage (models validated by Sony only), and we can use USB hard drives. 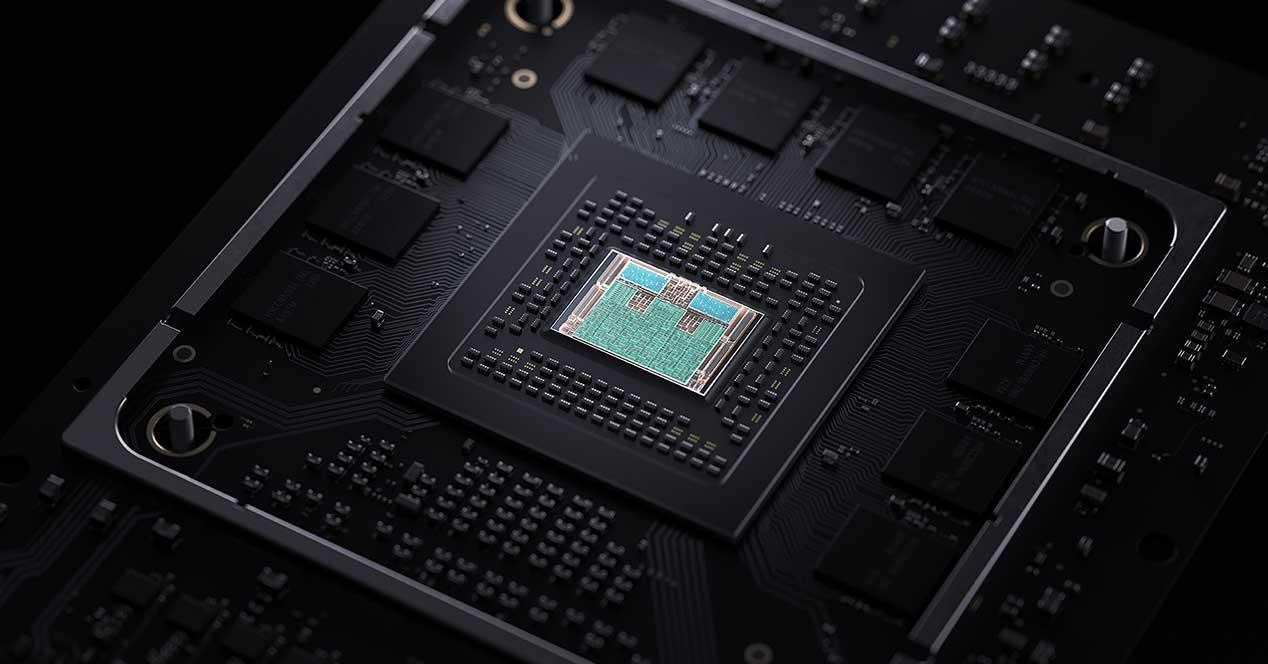 The games will also be “modular”, being able for example to choose to install only the online mode without the campaign to save storage space. Loading times will be so short that we can access a friend’s game almost instantly, while we can follow a game exactly where we were going. The interface, in principle, will be very similar to that of PS4.

PS5 will also feature a port HDMI 2.1 to be able to output image signals up to 8K at 60 Hz, in addition to 4K at 120 Hz. This port will also give the console compatibility with Variable Refresh Rate (VRR), Auto Low Latency Mode (ALLM) Y Adaptive Sync on televisions, and will also be compatible with FreeSync on monitors. Thanks to this, we will say goodbye to tearing and we will enjoy a smoother game experience without jerks and with a latency that will minimize input lag.

Most titles will run in 4K at 60 FPS, although there will be some that go as high as 120 FPS. At the graphic level, the console will be compatible with technologies such as Ray Tracing for more realistic lighting.

PS5 will have two console models: a version with a disc reader 4K UHD Blu-ray (up to 100 GB), and another, the Digital Edition, which will not have a disc reader. At the moment we do not know if there will be more differences at a technical level between the two models, or if the price will be different. 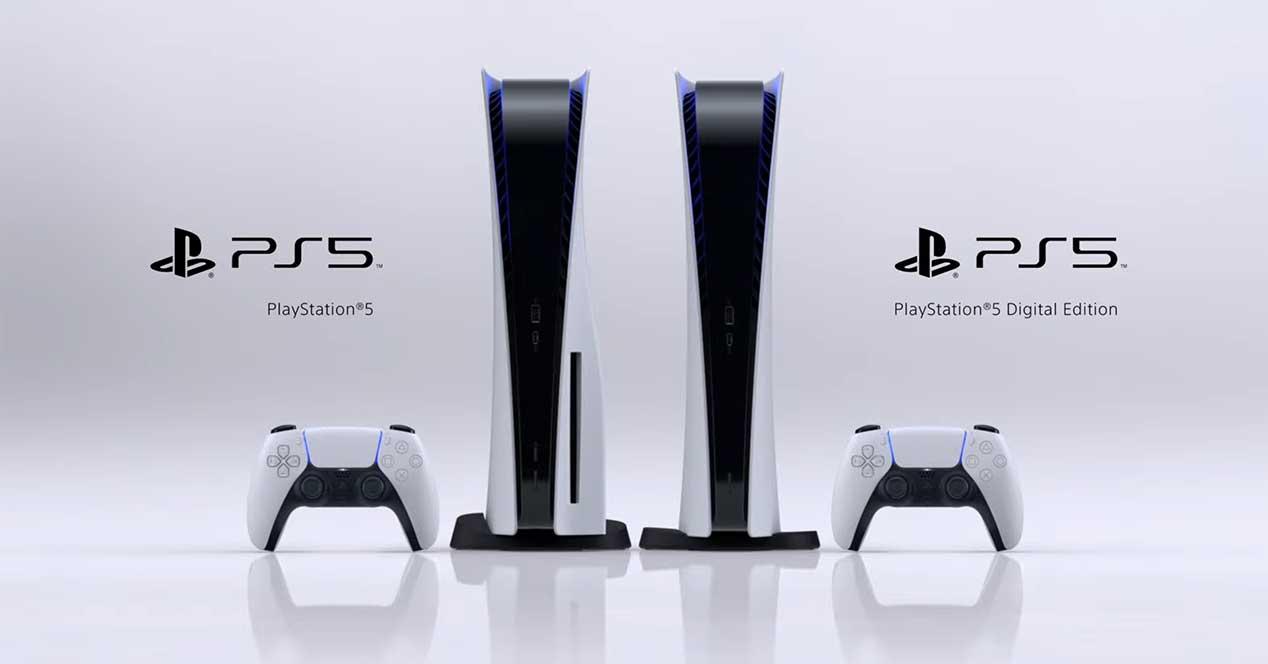 The design changes a lot with respect to what we had seen in previous models, where since PS2 Sony consoles have had an appearance where black has prevailed. Among case, we have a modern design with a black central core and white edges, between which are the vents. On the front of both models we have a port USB C and a USB A port.

The PS5 controller leaves behind the classic DualShock name and is renamed DualSense. Along with audio technology, the controller will be the second element that will take gaming immersion to a new level. This remote starts from the design base of the DualShock 4 and improves it, offering a series of improvements such as haptic feedback instead of traditional motors. This engine is much more precise when it comes to transferring vibrations in the game, being able to even notice the surface of the ground on which we go with a car. 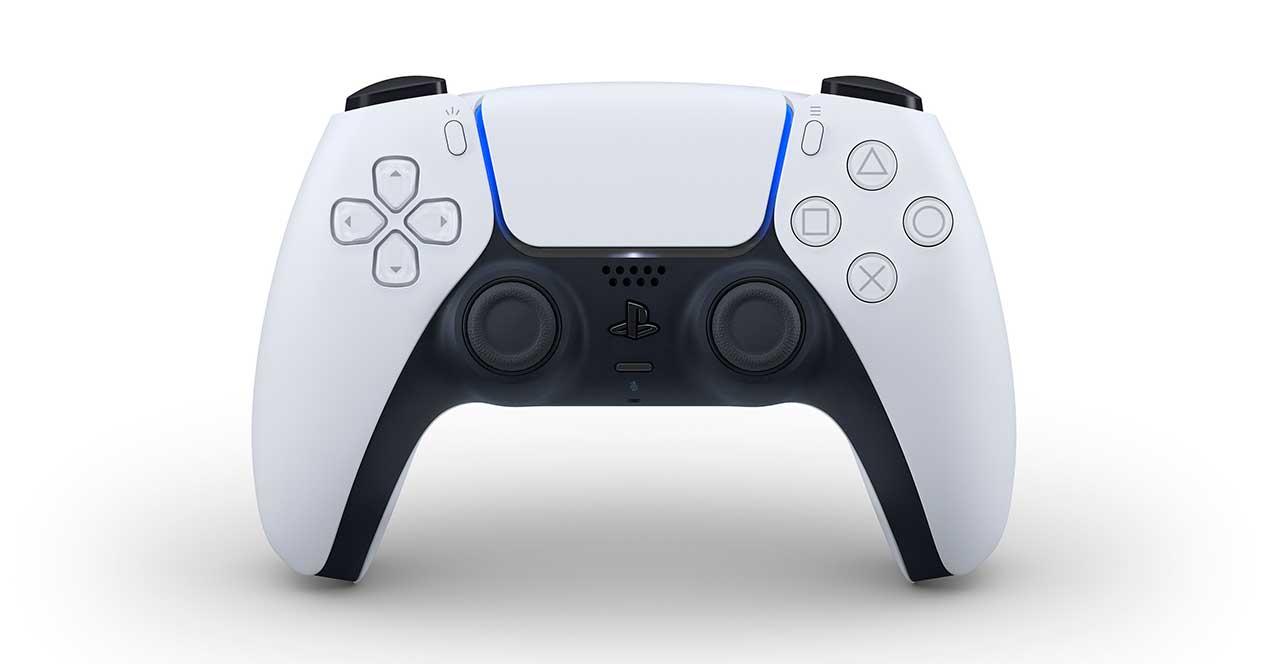 The triggers L2 and R2 They will also have an adaptive pressure depending on the action we are doing in the game, like the tension of a bow when we are shooting an arrow. All of this involved adding more hardware to the controller, but Sony did not want to make the controller heavier, although they have had to make it a bit larger in return, adjusting the angle of the triggers and ergonomics. The battery also increases in duration. 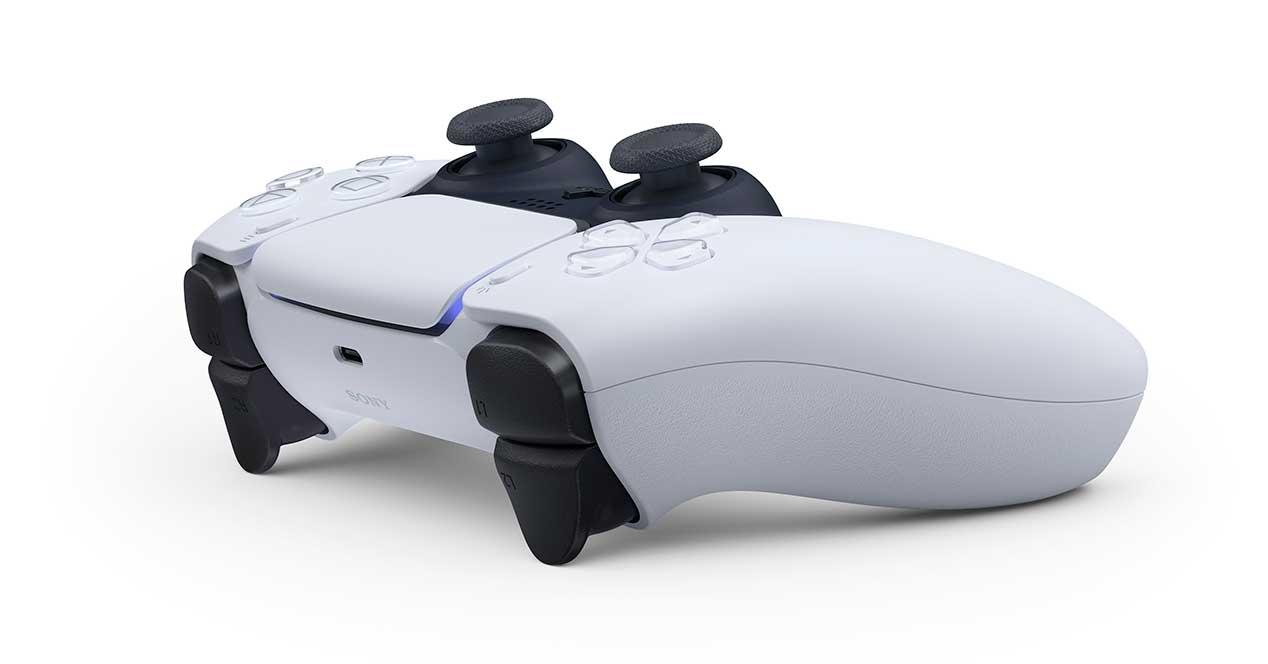 The look of the controller fits with the design of the console, mixing the colors black and white, with a touch of blue. In the buttons there are also changes, where the Share disappears and now it becomes Create. The controller also has built-in microphones to talk to friends even without a headset, and there are also rumors that there will be a voice assistant. The touch panel remains. Finally, the remote has a USB C connector.

Sony showcased the first PS5 games at The Future of Gaming conference on June 11, 2020. They showed both exclusive titles and various multiplatform. The complete list is as follows, where the TBA is To Be Announced, since we do not know the date:

On VR, hopefully PS5 will be compatible with PS VR, and Sony is expected to launch a new model of glasses for its new console that reaches 120 Hz, in addition to reaching 1440p resolution per eye.

Since PS5 shares the same x86 architecture as PS4, the backward compatibility with PS4 It will be guaranteed, and Sony has said that the 100 most played games on PlayStation 4 will work perfectly on the new console, and they estimate that the vast majority of the more than 4,000 PS4 games will work on Ps5. However, with the consoles prior to PS4, the same will happen as before, having to buy remastered versions because Sony has not said anything about the emulation or native backward compatibility.

PS5 will feature a 3D audio engine called Tempest Engine, which is designed to give games a three-dimensional sound to improve their positioning. The sound will be more realistic, and it will also adapt to us based on the size of our ear thanks to the Head Related Transfer Function, or HRTF, based on frequency, direction and volume.

At The Future of Gaming conference in June 2020, Sony showed off the first PS5 accessories. Among them we find: 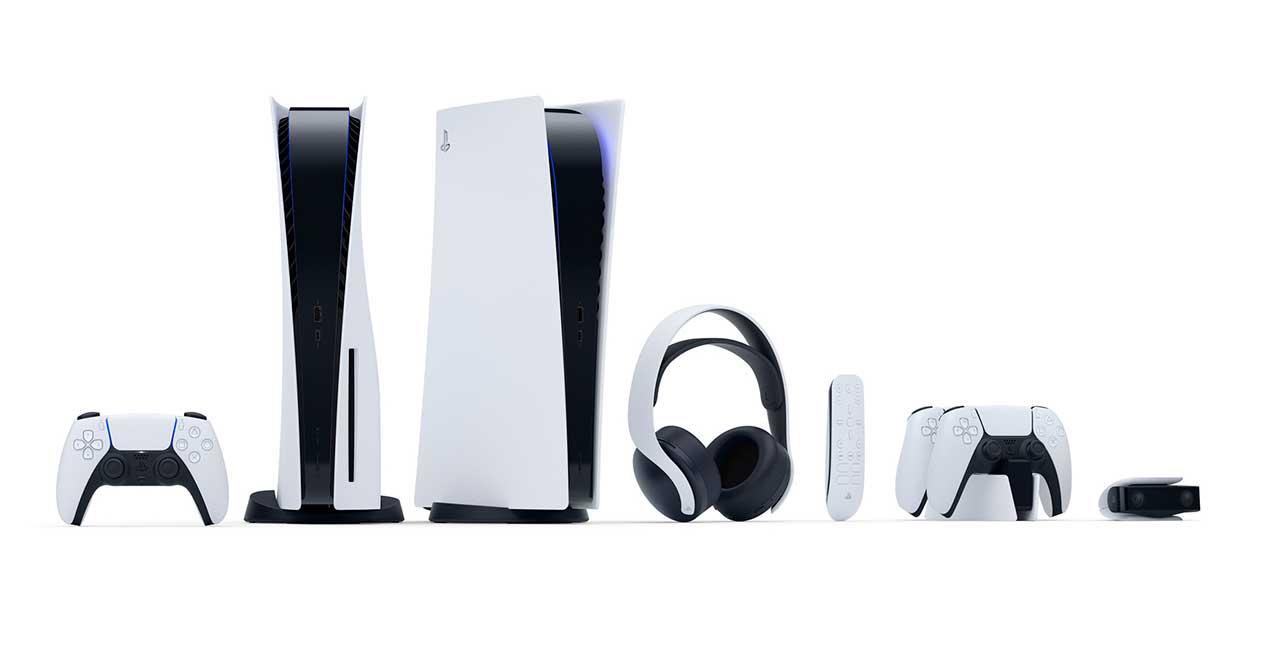 PlayStation 5 costs 499.99 euros for the full version with a reader, while the digital version, which only changes in that it does not have a reader, costs 399.99 euros. 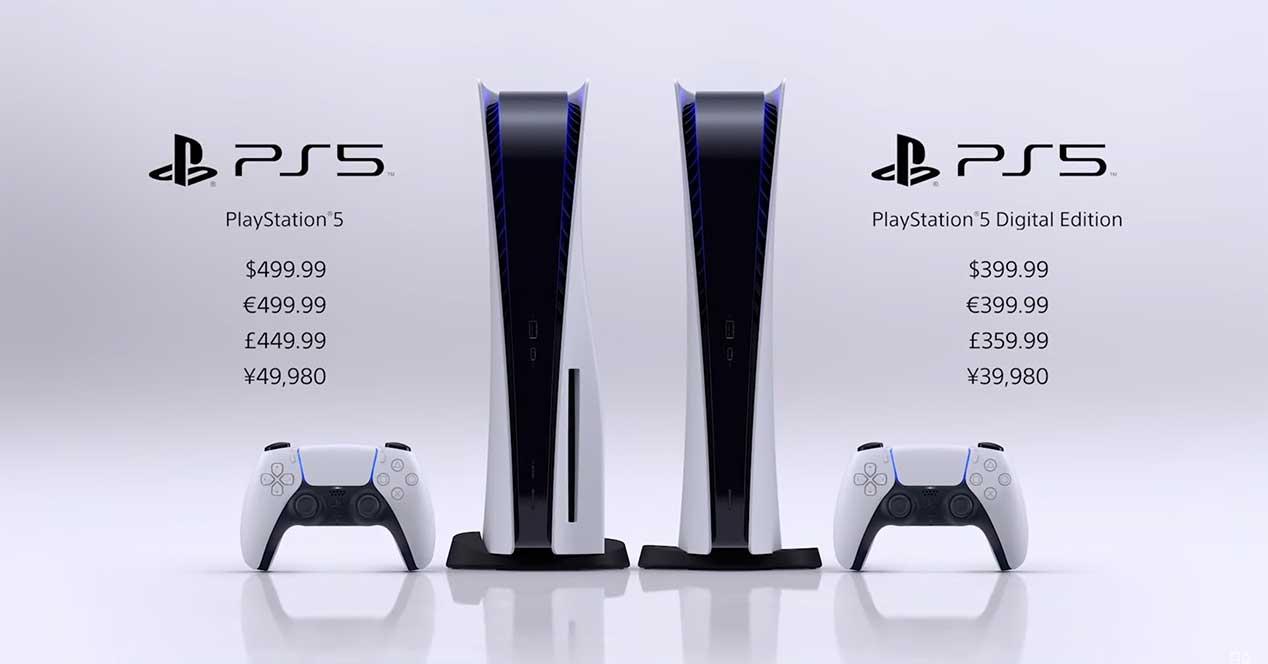