During the last Nintendo Direct -whose summary in Spanish you can read here- it was announced that Ninja Gaiden: Master Collection will arrive on June 10 to Nintendo Switch, although later it was also confirmed that also on PS4, Xbox One and PC being backwards compatible with PS5 and Xbox Series X / S although without specific improvements. It is a compilation of the three main games in the series in their Sigma version; Koei Tecmo has published today the official website of the product confirming that do not count on its multiplayer modes.

Although these online multiplayer modes are not included, the Ninja Gaiden: Master Collection if it comes with almost all of the additional content that was released for all three games that compose it: most of the modes and DLC of outfits that were published for each of the titles since their launch will be available in this technology, giving each of the characters, not just the protagonist Ryu Hayabusa, a variety of costumes from which to choose.

It has also been reported that Ayane, Rachel, Momiji and Kasumi, the four female characters in the franchise, will be playable in this collection: they will appear as they did in the original version of the games, according to the official website of Ninja Gaiden: Master Collection, and both playable characters and scenes will vary depending on the delivery. 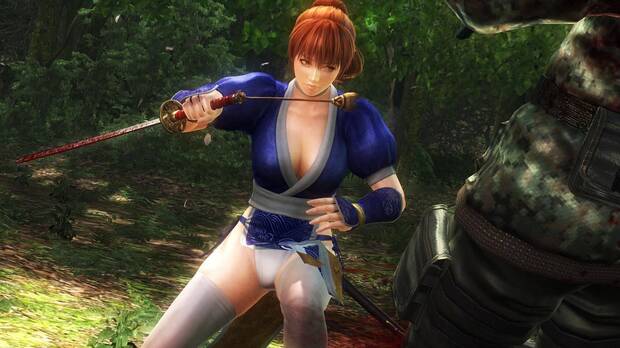 When this collection was announced Yosuke Hayashi, head of Team Ninja He said that “Ninja Gaiden is one of the most important and massive titles for the Team Ninja brand, but we have not been able to publish titles for the series on the current generation of consoles, so I am proud to be able to release it in this format as a trilogue.”