Capcom’s adaptation of the blockbuster Monster Hunter hits theaters on December 4 from director Paul WS Anderson (Mortal Kombat, Resident Evil series, Final Horizon), Milla Jovovich, Ron Perlman, Meagan Good, Diego Boneta, TI Harris and Tony Jaa. Previous trilers had left many fans too cold for the focus placed on the characters – most of them belong to a group of soldiers who enter this mysterious world – and not so much on the creatures, but the new video instead gives a look at the action inspired by monster hunting and that, at least, we will see many of the most famous animals in games, great weapons and even the Palicos.

According to the story, Jovovich and the rest of the companions will have to put aside their traditional weapons and learn new techniques to defeat Diablos, Nerscylla, Apceros, Rathalos and the rest of the beasts thanks to the advice of the character played by Tony Jaa.

A world of fantasy full of dangers

“Behind our world, there is another: a world of dangerous and powerful monsters that reign in their domain with deadly ferocity. When an unexpected sandstorm transports Lieutenant Artemis (Milla Jovovich) and her unit (TI Harris, Meagan Good , Diego Boneta) to a new world, the soldiers are surprised to discover that this unknown and hostile environment is home to huge and terrifying monsters that are immune to its firepower, “says its official synopsis. In her desperate battle for survival, the unit encounters a mysterious hunter (Tony Jaa), whose unique abilities allow her to stand up to dangerous creatures. As Artemis and the hunter gain confidence, she discovers that he is part of a team led by the Admiral (Ron Perlman). Facing a danger so great that it could threaten to destroy his world, the brave warriors combine their unique skills to unite in the last battle. “ 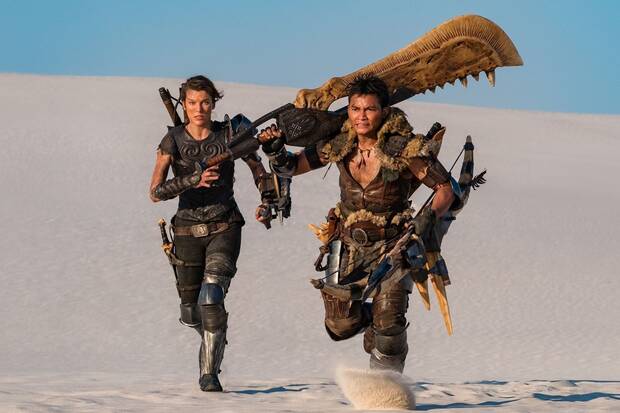