This wednesday February 17 at 11:00 p.m. Spanish peninsular time will issue a Nintendo Direct focused on the news coming to Nintendo Switch during the first half of 2021 and in Super Smash Bros. Ultimate, the popular hybrid console fighting game. You can follow the broadcast in the video inserted below from 22:30, when to start a previous to the event commented by Carlos Leiva and Sal Gonzlez.

The Direct will also present new game content published, so we might get a sneak peek at the next Animal Crossing: New Horizons updates. In the Nintendo Espaa press release they explain that it will be “a Nintendo Direct presentation of some 50 minutes duration “that will” focus on titles already available, such as Super Smash Bros. Ultimate, and on games that will arrive on Nintendo Switch in the first half of 2021. “

On Super Smash Bros. Ultimate you can expect the announcement of one or more fighters of the Fighter Pass Vol. 2. This pass includes six fighters and at the moment three have been released: Min-Min from Arms, Steve from Minecraft and Sephirot from Final Fantasy VII. Fans speculate that the following characters will include the protagonist of Doom, Ryu Hayabusa from Ninja Gaiden, Rayman or Crash Bandicoot; Regarding the latter, Crash Bandicoot 4: It’s About Time will arrive on Nintendo Switch (in addition to PC, PS5 and Xbox Series X / S) on March 12. 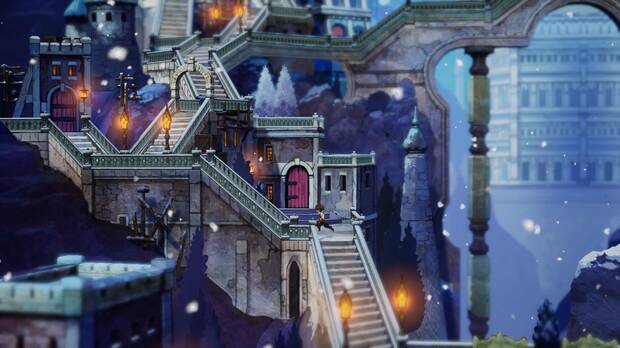 Switch games for the first half of 2021: Bravely Default 2, Monster Hunter Rise and more

Regarding the new games that we can see at the eventNintendo hasn’t officially commented on anything, but just around the corner are the exclusives Bravely Default 2 (February 26) and Monster Hunter Rise (March 26). Later, on April 30, New Pokémon Snap will be released, but even if it is edited by Nintendo, it is usual that The Pokémon Company organize your own Pokémon Direct (even more so this year, when February 27 is the 25th anniversary of the saga).

Speaking of anniversaries, and having left the 35th anniversary of Super Mario Bros. behind with the launch of several games for Switch between compilations, news and adaptations, this 2021 there is two Nintendo sagas that also turn 35. On the one hand, The Legend of Zelda, a saga that will soon receive the announced The Legend of Zelda: Breath of the Wild 2. On the other hand, Metroid, of which a Metroid Prime 4 has also been announced and a version of Metroid Prime has been rumored for a long time. Trilogy for Switch.

Fans have also been waiting for a long time for new news of games like Bayonetta 3 or Shin Megami Tensei V, which could give signs of life again at this event.