Epic Games has filed an antitrust lawsuit against Apple in the European Union, specifically in the Directorate General for Competition of the European Commission, accusing the company responsible for iOS of completely eliminating competition from the processes of distribution and payment of applications on their mobile devices through a series of actions and blocks in the App Store, your digital app store. It has done just a month after it was known that it has also taken legal action against Apple and Google in the United Kingdom, although this time the person responsible for Android does not appear in the complaint.

Tim Sweeney’s company accuses Apple of carrying out “a series of carefully designed anti-competitive restrictions” with which “it has not only harmed, but has completely eliminated competition in the application distribution and payment processes.” Epic Games ensures that “Apple uses its control of the iOS ecosystem to benefit itself while blocking competitors” and considers that “his conduct is an abuse of a dominant position and a violation of the competition law of the European Union“. 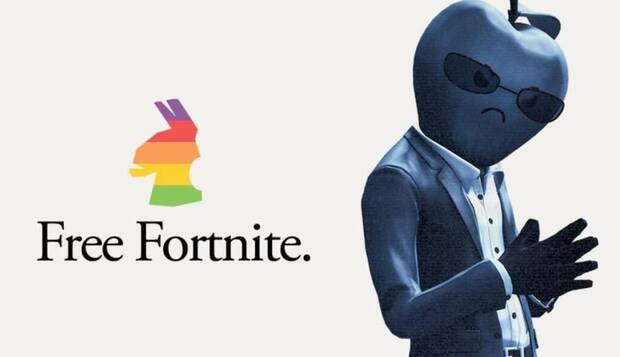 While Apple has yet to make public statements on this complaint, Apple itself Tim Sweeney, CEO of Epic Games, yes he wanted to give his version: “What is at stake here is the future of mobile platforms. Consumers have the right to install applications from the sources of their choice and developers have the right to compete in a fair market. We will not sit idly by and allow Apple to use its platform dominance to control what should be a level digital playing field. It’s bad for consumers, who pay inflated prices due to the complete lack of competition between stores and in-app payment processing. Y is bad for developers, whose livelihood often depends entirely on Apple’s decision on who to allow on the iOS platform and under what conditions “.

The war between Epic Games and Apple It began when the first decided to establish an alternative payment system for Fortnite on iOS and Android, thus skipping the 30% rate that the App Store and Google Play Store take from each transaction. The battle royale disappeared from both stores after that dispute and since then different legal battles have taken place, first in the United States and now in other markets such as the British, the Australian or, as in this case, the European. One of the latest moves in this war was the announcement that Apple will lower its rate from 30% to 15% for those app creators who make less than a million dollars a year.