Demon’s Souls Remake has practically become a mandatory game to enjoy as soon as we put our hands on our Playstation 5, what arrives today November 19 to the Spanish market. The title is a faithful and updated reconstruction of the mythical work of FromSoftware, so it does not add any novelty with respect to the original in order to respect the creative vision. That means it does not include an easy way, a feature highly requested by some players and that Bluepoint considered adding to the game. However, they concluded that it is not up to them to add a trait that so radically changes a game whose proposal, in itself, is to be challenging.

As The Washington Post publishes in a lengthy article, Bluepoint’s creative director, Gavin moore, shuffle the ability to add an Easy Mode to the remake of Demon’s Souls during game development. However, the idea was scrapped before the project hit the market. “This project redoes the work of another development team”says Moore in the interview. “While we have made some changes, our main mantra has always been preserve the spirit and intent of the original creators“.

Demon’s Souls is a game that, as in the Dark Souls saga, in Bloodborne or in Sekiro: Shadows Die Twice, requires great skill on the part of the players. Mechanics is very much based on the formula of trial and error, where users learn with each death they suffer how to tackle the challenges posed by the game. In that sense, from Bluepoint they considered that to modify this premise with an Easy Way would have been to destroy the original conception of the title. And they concluded that it is not up to them to make such a substantial change. 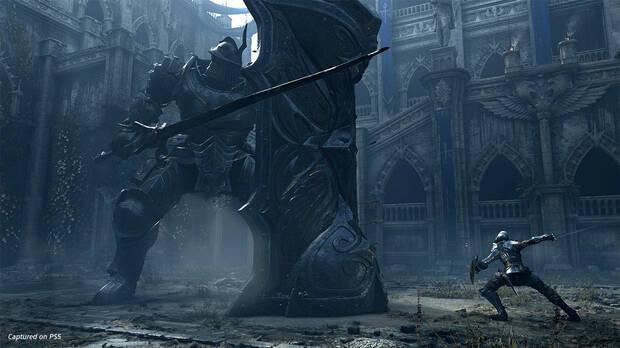 “We were simply custodians of this incredible game”

“While we consider and discuss including an Easy Mode, we finally decided that we weren’t in a position to add something that would fundamentally alter their balance“, says Moore,” we are simply custodians of this incredible game. “In fact, the only detail that Bluepoint has added that is not in the original is that mysterious door that, for now, does not open.

The inclusion of an Easy Mode in titles as demanding as Demon’s Souls would help more players had access to this proposal, and could equally enjoy the game. “Why not give the opportunity to people who want to enjoy the atmosphere, history and the Soul universe but who do not have the ability, time or simply are not lovers of such extreme challenges?”, Is the argument that one of the users in favor of this mode of difficulty. However, as Moore settled at the time, for them it has been very important to “be true to the vision” of the original creators.

We remind you that Demon’s Souls Remake can be enjoyed exclusively on PlayStation 5. “Bluepoint Games re-signs one of the best remakes ever and the first great PS5 essential“, we write in our analysis.