The two demos of Bravely Default 2 that were released in March and December of last year and the opinions expressed by the players of Bravely Default and Bravely Second: End Layer helped to smooth the edges, and in general, to improve nintendo switch game to get to the Spanish stores on 26 of February. The producer Masashi Takahashi He assures in an interview with Vandal, in addition, that even those who have not played the previous ones will be able to enjoy this.

Takahashi is surprised by the amount of players who accessed the first demo (more than a million) and the number of opinions sent to the development team through a survey that was answered by more than 22,000 users: “[…] I definitely didn’t expect so many to go to the trouble of answering it. “Although he says that some comments were simply gamers excited about the title,” it is also true that there were a lot of comments asking us to make improvements in certain aspects“. 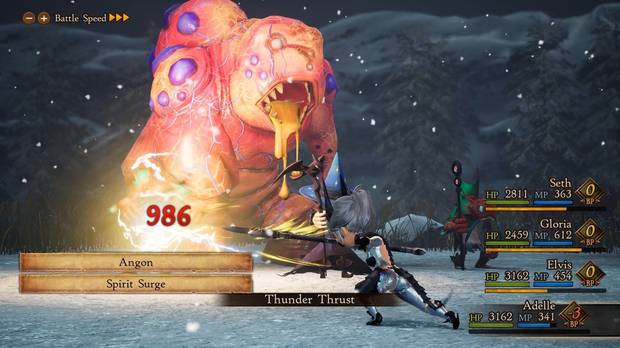 “A lot of the comments made sense to us and were very helpful“continues Takahashi, who assures that others influence problems that they knew about, but did not have time to solve before the demo was published. Even so, the comments served to” listen not only to the majority opinion, but also also minority opinions, and I think that was a really valuable opportunity. “

The producer ensures that the criticisms of his previous projects serve to improve in the following. He mentions comments criticizing the story of Bravely Second: End Layer: “In the next title we published, Octopath Traveler, I changed the script a bit and tried to create a compelling script for the game using adult characters instead of having a story about teenagers. “. About said JRPG there were those who asked more conversations between the protagonists, “and that’s something that led us to Bravely Default II. Each time it is a cycle of reflection and opinion. “ 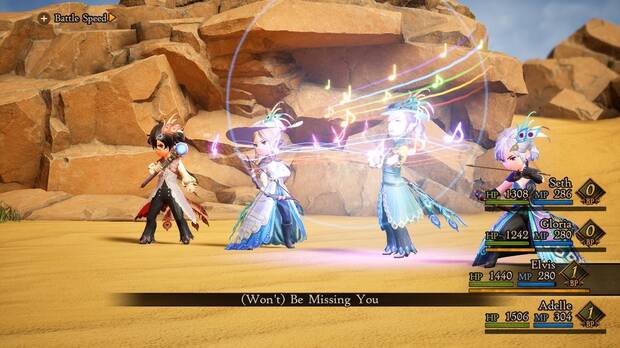 The story of this second numbered installment of the saga takes place in a whole new world, something that has been done mainly with the aim of attracting players who did not play the previous ones: they have already passed nine years since it was launched Bravely Default and more than six since End Layer released in Japan. Furthermore, the move from Nintendo 3DS to Nintendo Switch led to the conclusion that “This game shouldn’t be one where you need to know the previous ones to play”.

In Bravely Default the protagonists and companions can change job, gaining new abilities and varying his stats along the way, something Takahashi gleaned from two other Square Enix RPGs that have influenced him throughout his career: “Final Fantasy III was the first RPG I played when I was five or six and I was going to preschool “; the producer admits that at that time I did not understand many of the words in the game, but following the example of his brother to complete it.

“Final Fantasy V was the next RPG I played when I was in first grade,” the producer abounds. “I was finally able to play using my own strategies, so it’s the game that most stayed in my memory. Now that I think about it, both Final Fantasy have job systems. I think the reason Bravely Default and Octopath Traveler also have working systems is because it is something that I find fun to play, and therefore has become a guiding principle for me “.

Since Vandal we have also had the opportunity to chat with him. Bravely Default 2 character designer, Naoki Ikushima, who has explained to us why the big-headed characters and the advantages of Switch over 3DS have been kept when designing. Also, you can read our impressions with the first hours from the final version of the game

We have conducted this interview by email thanks to an invitation from Nintendo Spain. Carlos Leiva is the author of the questions.