This weekend Blizzard is celebrating the BlizzConline, an event broadcast through the internet that is replacing the traditional BlizzCon fair, which cannot be held at the end of the year as usual due to the global COVID-19 pandemic. This event has left many announcements and news about its main sagas, from Diablo to World of Warcraft, which we are going to review next.

Diablo 2: Resurrected, the return of a myth

The biggest announcement on BlizzConline was Diablo 2: Resurrected, the remastering of one of the most important games in history to arrive sometime in 2021 for PC, PS5, PS4, Xbox Series X / S, Xbox One and Nintendo Switch.

Resurrected be a complete face lift of the original, more like a remake, similar to what they did with Starcraft Remastered than with Warcraft 3 Reforged. Two-dimensional sprites, spells and everything else has been rendered in 3D based on physics, but trying to respect the original design while adding a new dynamic lighting system, renewed animations. The scenes cinemas have been remade shot by shot keeping the tone and rhythm of the originals. In terms of sound, the soundtrack and effects have been adapted to Dolby Surround 7.1. Yes, we can play with the original 2D style at any time, and this Resurrected not replace the original Diablo 2, and will be treated as two independent games, not repeating what happened with Warcraft III: Reforged.

After launching, cross progression between all systems, that is, as long as the game is purchased on each platform where it is to be played, the objects, the character and everything else will be available on the different consoles and on the computer.

Also, a system of Seasons of the Hierarchy which will be updated frequently, has tweaked the user interface (allow to compare objects, automatic assignment to a group when entering multiplayer games and more) and a shared play option for up to eight players, each with their own mercenary. That’s right, the Classic gameplay itself has not been changed: “It is true that Diablo II: Resurrected may seem like a totally new game, but the features Diablo II systems and mechanics remain completely intact, with all its details and some practical improvements requested by the communityas a shared stash, “Blizzard explains in a press release.

Through the official website you can sign up for a closed alpha for computer that does not yet have a set start date. The standard version of PC can now be book at a price of 39.99 and there is also a Prime Evil Collection of 60 available which also includes Diablo III: Eternal Collection.

The rogue is the fourth class of Diablo 4

Diablo II: Resurrected serving as an appetizer for Diablo 4, which presumably arrive in 2022, and that in this BlizzConline has presented a fourth character class: the rogue. This emblematic archer and assassin who accompanied us in the original Diablo and who now returns in the form of a much more complete class than the original, being an archer with very agile movements who can specialize in long- or close-range combat, being able to change your fighting style on the fly to better adapt to each situation.

How your competitive multiplayer works

This fair has left us more details of Diablo 4, such as how PvP (player versus player) works when we are in open world areas. The study has commented that almost all areas of the game will be “safe” (if we do not count the enormous amount of monsters that will stalk us), so PvP is restricted to specific areas.

That is, as long as we stay out of those places, no one can attack us, but if we decide to enter them, we can be the potential target of any player we come across. These PvP zones will be known as Fields of Hate and they are much more than simple arenas with which to fight duels, because in them we will also find PvE activities, events and bosses which we can defeat by cooperating with other users. In fact, carrying out activities in the Fields of Hate will reward us with some fragments that we will have to purify in order to be able to invest them in buying suits, weapons and mounts in a special vendor. However, when we do the purification ritual we will become the main objective of the area we are in, so we will have to survive by taking down other players until the rite is completed.

As Blizzard had leaked, it has announced the arrival of Burning Crusade to World of Warcraft: Classic, the first expansion in the history of the MMO and one of the favorites of all players that incorporates important new features such as the arrival of paladins to the Horde or flying mounts.

WoW Classic players who can enjoy Burning Crusade or, if they prefer, stay with the current version of Classic on their own servers, that is, we will have servers dedicated to Classic and Burning Crusade, and we will have to choose whether to move our characters to level 60 to the new servers or to live forever in the original version of Azeroth. To be able to play either of the two we will simply need a regular World of Warcraft subscription.

Blizzard has mentioned that are open to making changes to Burning Crusade to improve the balance of the game, something they did not want to do with the “original” Classic to keep the experience that the first World of Warcraft players had practically intact.

World of Warcraft Shadowlands: the first major update will take us to fight Sylvanas

Blizzard has announced that the patch 9.1 World of Warcraft, the first major content update for its expansion Shadowlands, is called Chains of dominance and in it we will have to deal a decisive blow to the Jailer and find out what exactly Anduin Wrynn after the last sequence we saw in Torghast.

This update add a new zone for top level players called Korthia, The City of Secrets. There, as expected, we will enjoy new missions and activities as we try to discover what The Jailer is looking for. As detailed from Blizzard, Korthia will have similar mechanics to the Battle for Azeroth invasion daily missions., with the Curias besieging key locations across Korthia that we will have to help out.

Those, The star content of this patch will be Sanctum of Domination, its new raid dungeon in which 10 bosses await us. And most importantly: Sylvanas be the one who waits for us at the end of it, a climactic confrontation that the game’s narrative has been preparing since Battle for Azeroth. Other important content that this update will also add will be a mythical dungeon with 8 bosses that is expected to be similar to Karazhan and Mechagon. At the moment no specific date has been given for its launch

The announcement that opened this event was the Blizzard Arcade Collection, a compilation that includes the first three Blizzard Entertainment games: The Lost Vikings (1993), Rock n ‘Roll Racing (1993) and Blackthorne (1994), and that it’s already on sale for PC, PS4, Xbox One and Nintendo Switch At a price of 19.99 euros.

All three titles feature multiple improvements, including a functionality that was not available when they were released in the first half of the 90s: the possibility of save and load games. Each game can be played on your original version and in a Definitive Edition with improvements, such as the possibility of rewind to correct the mistakes we make and to configure keys and buttons to suit the player. AND

The original editions of The Lost Vikings and Blackthorne add a “View” option that allows see a complete gameplay of the game and enter the game anytime. Rock ‘n Roll Racing features splitscreen four player multiplayer and The Lost Vikings cooperative for three locally. Besides being able to play with different screen filters, there is also a Museum which allows you to see sketches of the creation process of the three titles, interviews with the creators, additional material, official art and untouched discarded content.

The multiplayer shooter from Blizzard, although it was not in the opening presentation, did then leave us an extensive presentation in the form of how it was made that unveiled a multitude of new details, like your new maps like Rome or New York, which you can see in the video below.

Overwatch 2 count on big updates in PvP mode, such as new maps, changes to traditional roles, as well as improved systems to make the combat experience fresh and different. One of these novelties will occur in passive skills, which will come in different forms: Tanks will have knockdown reduction and generate less maximum skill charge for enemies who shoot at them, Damage Heroes will gain additional movement speed with which they can flank better, and Support Heroes will have self-healing. that will activate if they do not take damage for a certain time. Along with passives, the team evaluates a total renewal to the tank role to provide it with more utility.

Something in which they have influenced that they are working in an important way is in improve the feeling of combat so it’s more visceral than ever. From the sound and visuals to the game design, the way players experience combat has been revamped and modernized so that even the weakest melee attack provides a more rewarding feel and appearance. 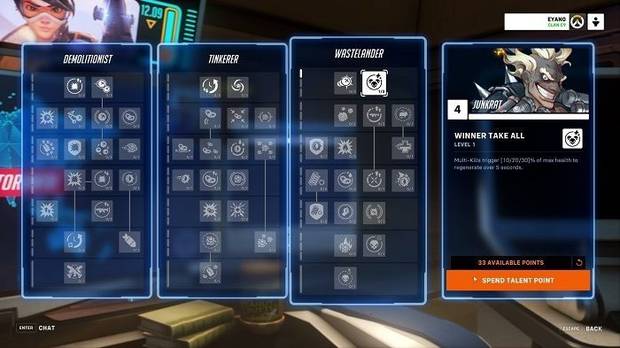 In this video they have also given new story mode details, in which the heroes bring their personalities and some narrative, and the missions will include different types of enemies, objectives to be fulfilled, expansions in the existing multiplayer maps that will take players through new routes they have never seen, as well as a environment full of life that will give the world a feel similar to kinematics.

Hearthstone details the news of its new season

Blizzard has announced that Hearthstone will enter the 2021 Year of the Griffin, which will translate into a new season that brings large-scale changes, hundreds of new cards and more game modes. As you might suppose, the starting gun for all these novelties will be given with the launch of a new expansion titled Forged in the Baldos And as its name suggests, it will be inspired by this iconic World of Warcraft location where many adventurers began their journey.

In total, this expansion bring with you 135 new cards, adding new keywords, new mechanics and 10 legendary mercenary minions. In addition to said expansion, Blizzard announced that a new mode called Hearthstone Mercenaries will be added this year., a new competitive mode in which we can bring together the characters from the Warcraft universe to level them up.

Of course, With the arrival of the Year of the Griffin there will also be a new Essential set that we can unlock for free as we level up, offering us a collection of 235 cards in which we will find both classic cards and new ones. In total they are 160 class cards and 75 neutrals.

Finally, a new game format will be added, the classic, which adds to standard and wild. As its name suggests, this format seeks to replicate the game as it was when it was released in 2014, so we can only use the original Hearthstone cards as they appeared at the time.