Blizzard has been celebrating for a few minutes the BlizzConline 2021, an event so that its fans in Spain and the rest of the world can find out about the news about their video games and licenses, among which is, of course, World of Warcraft.

As had been leaked, Blizzard has officially announced the arrival of Burning Crusade to World of Warcraft Classic under the name WoW Classic: Burning Crusade. We are before the first expansion in the history of the MMO and one of the favorites of all the players that incorporates important novelties such as the arrival of the paladins to the Horde or the flying mounts.

Holly Logande has been in charge of making the long-awaited announcement by WOW Classic players that they will be able to enjoy Burning Crusade or, if they prefer, stay in the current version of Classic on their own servers, that is, that we will have servers dedicated to Classic and Burning Crusade and we will have to choose whether to move our characters to level 60 to the new servers or to live forever in the original version of Azeroth. To be able to play either of the two we will simply need a regular World of Warcraft subscription.

Open to changes in Burning Crusade

One of the things that Holly has also remarked is that thanks to the time WoW: Classic has lived among us they have learned to give a better experience to the players and on this occasion are open to making changes to Burning Crusade to improve the balance of the game, something they did not want to do with the “original” Classic to keep the experience that the first World of Warcraft players had practically intact. 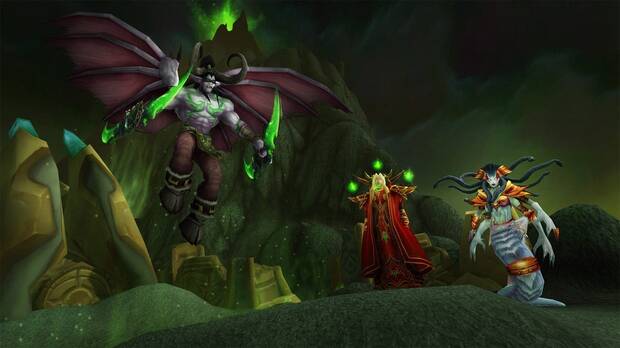 BlizzConline 2021 itself shortly more details about WoW Classic: Burning Crusade that it seems that it will have a beta soon and that, according to rumors, it will be launched during this same year 2021.

What do you think of the WoW Classic: Burning Crusade ad? Will you face the first expansion in the history of Blizzard’s MMO again?