Animal Crossing: New Horizons debuted in Spain and around the world on March 20, coinciding with the strictest measures adopted by governments to combat the advance of the coronavirus pandemic. The game did not take long to become, therefore, a virtual bridge that allows players to spend time together: weddings, birthdays, romantic dates were held … and thus the Nintendo Switch game became a whole platform where users stayed closer to each other. However, as with any platform that has a great reach, it has also been used for less playful purposes: It has also been used to, for example, send political messages. Nintendo doesn’t want politics to be part of their gameSo that’s why you’ve updated the New Horizons usage guidelines.

Nintendo does not want politics within New Horizons

In October, the president-elect Joe biden He threw his own island into the game in an attempt to mobilize voters in the American elections. But nevertheless, Nintendo’s new guidelines ask companies and organizations to refrain from clinging to political messages Animal Crossing: New Horizons game. In turn, the title’s standards also hold that companies cannot profit from the game no way.

Players, of course, can offer custom designs and patterns through the system of the game itself, as long as they make sure that the content created is suitable for the whole family. “While our services and products are generally for personal use onlyWe understand that there may be situations where companies and organizations may wish to use or reference the game in relation to their business, “says Nintendo.” As such, we would like to share some guidelines with those companies, organizations and anyone who represents them, to preserve the experience of millions of people who enjoy the Game recreationally. 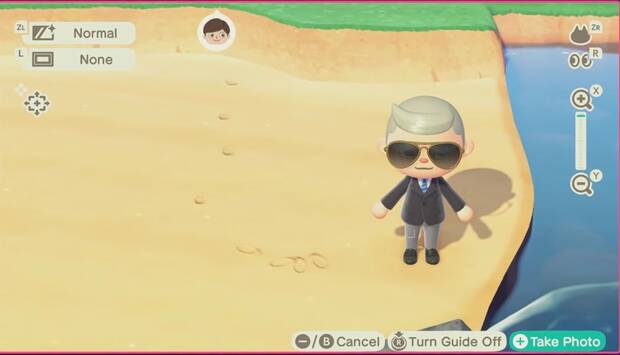 “If we see that your activity does not follow these guidelines or is harmful or has a bad influence on the community, we may ask you to stop such activity or use of our content and that it take the appropriate measures, including the prohibition of its future commercial use of the game, “they point out from the Japanese firm. In this sense, Nintendo indicates:”Don’t leverage the game as a marketing platform that directs people to activities or campaigns outside the game. “

Animal Crossing: New Horizons has sold more than 20 million copies worldwide, and was ranked as the best game of 2020 at the Japan Game Awards. Meanwhile, the creators of Animal Crossing are already looking to the future and argue that the saga “must continue to evolve.”

“One of Nintendo’s most beloved sagas returns with its most complete, ambitious and fresh delivery to delight both fans and new players “, we wrote in our analysis. To help you embark on this adventure to your own desert island, we leave you here our complete guide tips and tricks.