During these years Nintendo switch It has not only become the platform of choice for indie developers, but also for gamers looking at it unique works that equate the innovation of the console’s own hybrid proposal: its interesting way of understanding the game has matched perfectly with the creative mind of indie creators, turning it into the ideal place to find and play this type of works.

Not surprisingly, this synergy ends up resulting in most indies getting better sales figures on Nintendo Switch, something that is attracting more and more games and players to the console’s eShop. Diving through its digital store it is possible to find proposals that will hardly stand out on other platforms, fresh, original and risky games like the ten that we have selected in this article.

Hades is one of the most praised works of this year, and has garnered eight nominations at The Game Awards, the video game scar, including the nomination for Best Game of the Year. In this roguelite developed by Supergiant (creators of Bastion, Transistor and Pyre) we put ourselves in the shoes of Zagreus, son of Hades, who tries again and again to escape from the underworld. Taking advantage of this cyclical narrative, the game tells a story full of charismatic characters based on Greek mythology, proving like never before that a rogue can also have a great narrative. In addition, at the playable level it proposes an excellent combat system, with very dynamic action, a great variety of weapons, enemies and final bosses, powers, abilities and customization of the game style, so no two games are the same, being incredibly addictive. Definitely the biggest surprise of 2020, and that on consoles we can only enjoy on Nintendo Switch.

Curse of the Dead Gods 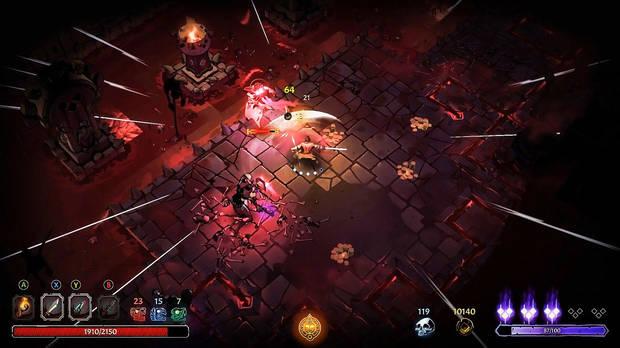 Curse of the Dead Gods is a roguelike with all the law: it is an action game in isometric perspective in which we control a cursed warrior obsessed with entering the depths of a dungeon to obtain riches and treasures. Armed with swords, spears, bows, pistols and much more, each attempt will be marked by a different curse that will make progress a little more difficult for the changing scenery. In addition, darkness has a strong presence in the game, so it is important to make good use of light and fire.

From the Minit developers (Kitty Calis, Jan Willem Nijman, Terri Vellmann and Doseone) comes this new game that has little to do with the previous project: Disc Room is a title in which we will have to face sharp discs spinning and bouncing in square rooms. The only thing we can do is avoid their patterns so they don’t end up cutting us off. A challenging proposal that increases the level of difficulty as we unlock new rooms and that, in addition, takes the opportunity to tell a curious science fiction story in space.

As its name suggests, Art Sqool leads us to enroll in an art school; but not a normal one, but a completely bizarre one in which both our tasks and our rankings are generated by artificial intelligence. This curious title allows us to create our own works of art and receive comments from the academy’s mentors, becoming a humorous parody of the academic world of fine arts. We will be able to explore the entire campus to find new brushes that will help us create much more expressive paintings.

Imagine that you go to your first day of unpaid internships In a soft drink company and you find that instead of doing marketing work, as promised, you end up having to go to dungeons to take out hordes of enemies and face final bosses. That is what happened to Jackie Fiasco, the leading intern Going Under: in this roguelite we will have to visit neighboring startups to fight against fantastic beings using any object we find on the stageFrom chairs to laptops to flaming spears.

Like a ‘choose your own adventure’ book, Ord. it raises U.S an adventure told in three words: one for the statement and the other two as possible paths to follow. This agile and branching narrative is used to tell an adventure whose objective is take down an evil sorcerer, although what happens during the story and the end of it depends on our own decisions. It is a title that is only available in English, but it is accessible for people with a very basic level of the language because there are only three words on the screen at the same time.

Developed by a small team within Hello games, a studio known for creating No Man’s Sky, this handmade puzzle title takes us on a a ruined world inhabited by stranded souls to whom we must help find their way to the afterlife. The Last Campfire is divided into levels in which we will have to solve puzzle while we meet different and charismatic characters listening to their stories. An emotional adventure about resilience, the ability to overcome and the acceptance of death.

The creators of Descenders define this game as a ‘Rogue-Bike’, an invented genre that actually sums up the title proposal perfectly: here we control a mountain biker in procedurally generated scenarios and with modifications that vary in each route. With this playable base, we are presented with a fun title of extreme sport in which we can have full control over our movements on the bike, achieving risky moves and performing impressive tricks that help us fight our way not only through natural settings but also through global competition. 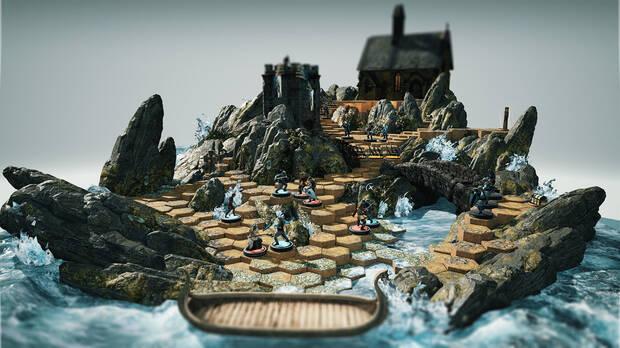 Wartile is a video game by combat and strategy that takes place in dioramas with miniatures. We will have a group of characters to lead, choosing their weapons and main attacks before facing the enemies of the game. All actions will be carried out through cards and always with a rhythm that we ourselves will choose: if we prefer slow down time of the game to think the strategy more calmly we can do it, if we prefer a faster action we can also activate that speed. All this in a series of settings of great beauty inspired by Norse mythology and Viking culture. 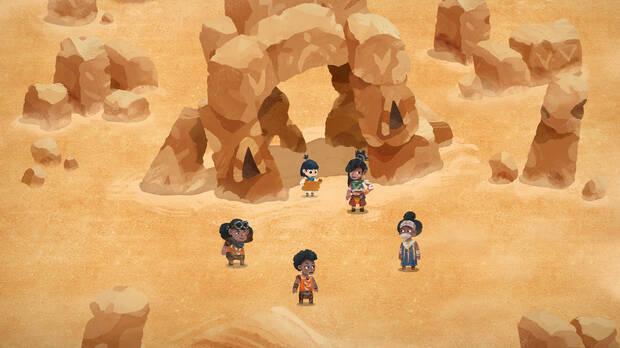 Carto is a puzzle game starring a girl who gives the work its name: our goal is to put ourselves in her shoes to return to our family, whom we have lost after a strong storm, using our powers to modify the space in which we move. With a cute two-dimensional style, in this game we can move the map pieces to create new pathways through which to explore the territory. An interesting system that is squeezed to the maximum in the five or seven hours that this peculiar puzzle adventure can last.