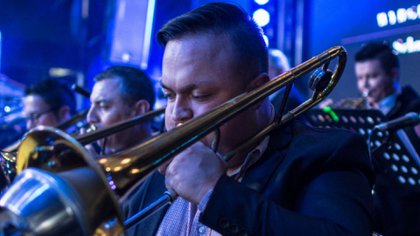 The 25 years of Jazz al Parque can be lived without leaving home or accompanying three bands that will perform traveling concerts around the city. Photo: Idartes.

Jazz to the Park celebrates its silver anniversary and it will celebrate them by opening new scenarios for the promotion of the meeting of different generations and talents, which have strengthened the legacy of jazz in the Colombian capital.

“Since its inception, the Festival has been a fundamental space for the evolution of jazz in Colombia and Latin America, and a important circulation platform for both emerging projects and development, strengthening and consolidation of the jazz scene in Bogotá and the country, “said Idartes on his website.

This year the digital world will become the main stage of the festival, where they will be held several special activities that Colombians can enjoy without leaving their home, but there will also be concerts that will tour three locations in the city.

From November 20 to 22 there will be three traveling concerts where different district groups will participate, which will tour the towns of Teusaquillo, Suba and Engativá.

These bands will make adaptations of the songs from the historical repertoire of the Big Band Bogotá. During the first day the group will be presented Igaragó, founded in 2017 by musicians Rafael Rodríguez, Andrés Villarraga and Fabio Ortiz.

His show revolves around Afro-Caribbean, Latin American and Colombian folk sounds, which merge with jazz to achieve an original and attractive proposal, which Teusaquillo residents will be able to enjoy it next Friday the 20th, starting at 5:30 in the afternoon.

The next day, Cachicamo will be the group in charge of painting jazz in the town of Suba. This band will present a proposal rooted in Colombian llanera music.

“The group has replaced the typical joropo instrumentation such as the harp, cuatro, maracas and bandola, with a jazz septet: alto and tenor saxophones, trombone, electric guitar, piano, double bass and drums, to create an intense, creative and creative fusion. introspective, ”El Espectador reported.

On Sunday 22, Santiago Sandoval, will be the one who closes this series of concerts in the Engativá town from 3:00 pm

But that’s not all, because this November 18 Jazz to the Park will offer an anteroom at the Teatro Mayor Julio Mario Santo Domingo, with the special presentation of one of the groups selected for the tribute of the Big Band Bogotá 2020. 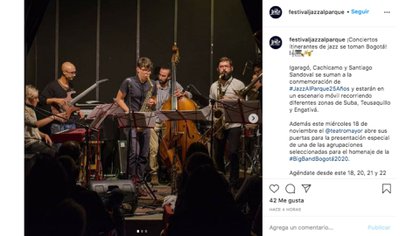 The Music Management of the District Institute of the Arts – Idartes, announced that will launch a transmedia project that covers the history of the festival and its impact on Bogota jazz.

This will be done through five memory products: an audiovisual series, a podcast series, a digital music compilation, a virtual bank of Big Band Bogotá scores and an interactive book that will house and compile the other products.

“All this so that citizens have full and free access to a unique experience and essential material not only for their enjoyment, but for many types of learning and study,” said Idartes.

The institute also announced that the celebration of 25 years of Jazz in the Park will extend well beyond the month of jazz in Colombia, “From September to November, the products and activities to commemorate this anniversary will be launched periodically”.

Maluma surprised his followers with a radical change of look

Yenifer Pulgarín, the deaf-mute contestant of Miss Colombia who fell in love with her story