The Nissan 400Z 2022, a name that is not yet official, is a new sports car from the Japanese brand that is running to replace the 370Z. It will be derived from the Z Proto, from which it will inherit a design with retro touches and a V6 Twin-Turbo engine that will develop around 400 horsepower. It is not planned to have any type of electrification. Its presentation is estimated to take place this year or next.

The successor to the Nissan 370Z will presumably be called Nissan 400Z, and some details can already be advanced from him despite the fact that, according to Auto Express, it will not arrive until 2022. Rivals? The Toyota GR Supra.

The new Japanese sports car will be derived directly from the Nissan Z Proto, a ‘concept’ in which many variations are not expected once the production car is presented. This one, unfortunately, will not be sold in Europe.

The design of the Nissan 400Z 2022 It will be a return to the roots of the car. A noticeable change from the 370Z image is expected. It will equip a front similar to the old one 240Z with a square grille and rounded headlights presumably with LED technology. It will also have details that remind you of its successors.

The first of the versions to arrive will be the coupe, although everything indicates that a year later at least there will also be a convertible variant.

Its silhouette has been seen for the first time in a video published by Nissan in which the model appears alongside others. Its profile appears to be thinner and slimmer than that of the 370Z. 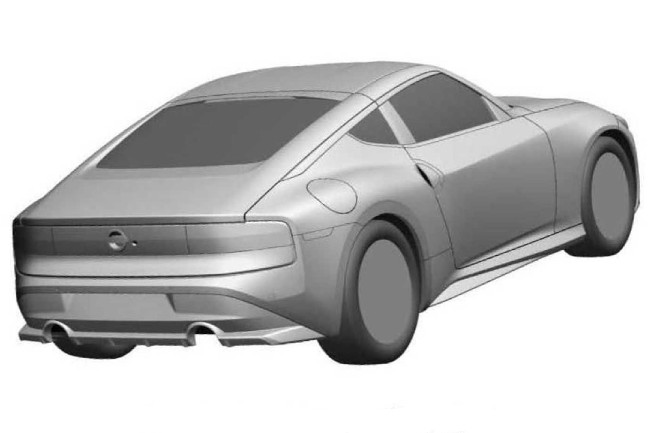 The cabin of the new Nissan 400Z 2022 it’s going to be a huge advance over the outgoing 370Z. Better finishes and materials are expected, as well as the incorporation of a next-generation infotainment system similar to that used by models such as the Altima or the Sentra, not present in our market.

The presence of a digital dashboard is also expected.

The engine of the new Nissan 400Z 2021 It will be a 3.0-liter V6 Twin-Turbo like the one that is equipped with versions of models such as the Infiniti Q50 and 60. The possible name of the vehicle, which on this occasion refers to its power and not its cubic capacity, suggests that it will be around 400 horses. This figure will grow to almost 500 horses in the case of the version Nismo. The presence of any type of electrification is not expected.

Regarding the transmission, the Nissan 400Z 2022 will equip a manual, without ruling out that an automatic also appears as an option.

According to a source from the Japanese brand cited by Allcarnews, the price of Nissan 400Z in the American market it will be about $ 40,000, a figure that currently corresponds to about 36,500 euros.

05/21/2020
International media point to the possible starting price of the new sports car.