The Prince Harry compares his life to the Truman Show. The royal rebel compared being a member of the royal family to being a character in the film starring Jim Carrey in 1998, when asked to describe what it felt like to be seen by millions of people. 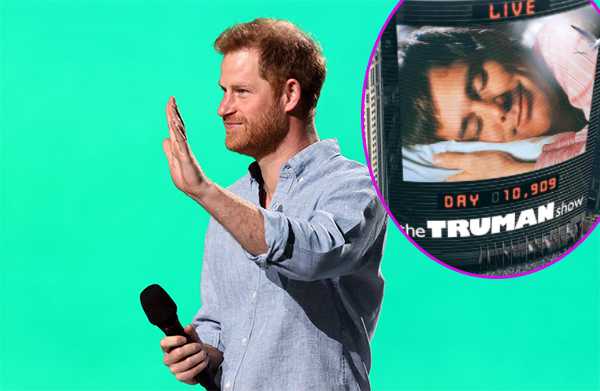 “Yep, it’s a cross between ‘The Truman Show’ and living in a zoo,” Harry told Dax Shepard in his podacst “Armchair Expert” this Thursday.

In the movie, the entire existence of Carrey’s character Truman Burbank has been televised through hidden cameras, and everyone in his life is Fake, everyone around him is a hired actor.

Shepard asks Harry if royal life is like living in a cage, to which Harry replied. Is the job correct? Smile and hold on. Let’s do it,”

Harry pointed out that he does not want his wife Meghan Markle – who is expecting the couple’s second baby – and their son Archie, to go through the same thing that their mother, Princess Diana went through as a member of royalty.

“I don’t want to be doing this. Look what he did to my mom, how I’m ever going to settle down and have a wife and a family when I know it’s going to happen again ”- said Harry. “I’ve looked behind the curtains, seen the business model and seen how this all works and I don’t want to be a part of it.”

They gave up royalty because they wanted privacy… welp!

The Duke of Sussex also revealed during the interview that he and Meghan once met at a super at the beginning of their relationship. Meghan and Harry moved to California last year and renounced their royalty.

Since then, Meghan and Harry have been building their own empire, signing million-dollar deals with Spotify for podcasting, and producing with Netflix. Meghan, meanwhile, published her first children’s book, for which she received $ 700,000 in advance.

Prince Harry and Meghan tied the knot in May 2018 and have a 2-year-old son, Archie. The couple is expecting their second baby, a girl.

So, Prince Harry compares his life to The Truman Show.

Hmm… Will you realize why your wife is acting so strange, and that she is actually an actress? Was that part so WTF? LOL!