With the promise of the new normal, thousands of bosses in the world propose to return to presentism despite its disadvantages.

It is 9 am. After an hour and a half of traffic to get to the office, the glasses feel foggy and a film of sweat frames the lips under the mask. Upon entering, a security person takes the temperature and drops small amounts of antibacterial gel on the hands.

After applying it to the palms and sanitizing the footwear, it is necessary to go up to an elevator along with various other people. Everyone must reach the floor in their twenties, in a journey of at least 10 minutes. Someone from behind the mask is removed to sneeze. The others shudder, but there is little that can be done: the closeness is too much. No one is sure that others are vaccinated. Seen like this, presenteeism is not the best idea.

Presentism: a solution for productivity?

After various media scandals regarding the company’s board of directors, the American unicorn WeWork received a final blow a couple of weeks ago. In front of the Wall Street Journal, CEO Sandeep Marthrani assured that only the least committed employees prefer the home office to ‘presenteeism’. In front of a company that is dedicated to the rental of offices, the statement was severely criticized.

Despite the significant efforts that have been made to return to work in personSome of the decisions that have been made seem, to say the least, hasty. In addition to the fact that health protocols require the modifying workspaces, in various countries the younger population remains unvaccinated, without even having the first dose.

Only in Mexico, for example, the National Vaccination Program still does not even cover the first dose for adults between 40 and 49 years of age. In contrast, the bulk of the Mexican labor force is found in 39.7 years for men and 39.4 for women, according to INEGI figures in 2020.

We suggest: The home office causes techno-stress in 75% of workers in Mexico: UNAM

The myth of productivity in face-to-face work

Just like Marthrani, diverse team leaders around the world are betting on presenteeism in favor of the productivity of companies. However, in overgentrified cities with a high population density – such as the great capitals of the world, where the offices of these companies are coincidentally located -, time is an invaluable asset.

With remote work dynamics, people start the day fresher, since they don’t have to cope with traffic, long commutes or the possibility of catching it on the street. In addition to the fact that everyone is responsible for what they do at home, the risk of collective contagion is eliminated by not exposing workers to a closed space, which many times it’s not even ventilated like it should be.

Compared to remote dynamics, going to the office takes away a lot of time from work that could be started early at home. There are jobs in which a computer and adequate internet connection are enough for them to working hours can start even earlier. In contrast, with a 9 to 5 hours in the office it is difficult to start the working day, literally, when getting out of bed.

Is it really necessary to go back? 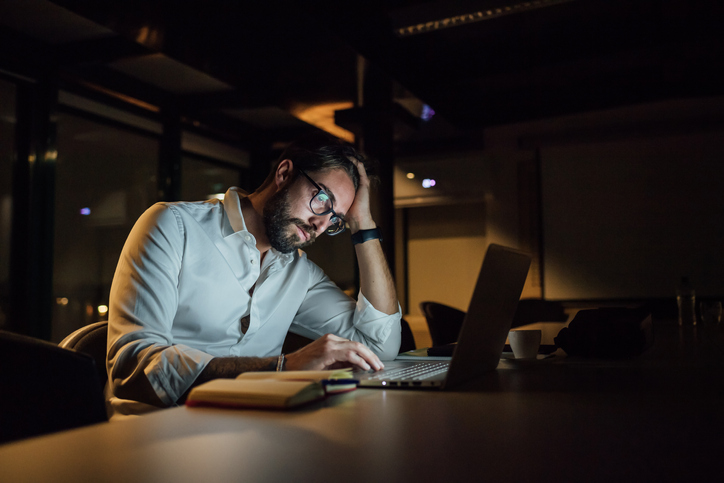 More than a year and a half of pandemic lockdown has modified the academic, social and work dynamics of people. Those who have been able to afford it, have adjusted their working hours to digital platforms, which has allowed them design your schedules from home. Despite the disruption in worker privacy, with the promise of the new normal, Going back to the office is not the most convenient alternative.

In addition to the undeniable expense of leaving home —in terms of food, transportation and the physical wear and tear that it entails—, the fact that living with other people in closed and poorly ventilated spaces is still a risk. Regardless of whether or not co-workers are vaccinated, sanitary measures matter very little when the people’s comfort is compromised.

Between incidental slips and a frank need to breathe well, removing the mask from time to time is tempting. Yes someone is not protected against COVID-19, an infection may be imminent. One contact from an asymptomatic patient is enough for the infection spread up to 50 more people, potentially.

With all of the above, perhaps it is not yet time to return to presenteeism. Finally, the pandemic is not over. Not yet.

Unveil in revenge, the new ‘pandemic’ that hits Chinese workers

Hikikomori: the reason behind why thousands of Japanese live in absolute loneliness