Netflix has revealed both the release date and the first poster for Zack Snyder’s future sci-fi horror film, ‘Army of the dead‘(Army of the Dead). The film will hit the streaming platform on May 21, 2021, the same day that Ryan Reynolds’s ‘Free Guy’ and the reboot ‘Spiral: Saw’ led by Chris Rock will hit theaters. The posters in both their original and Spanish versions are available below.

The film takes place in a city of Las Vegas in forty due to a zombie outbreak. A man (Bautista) travels there to rescue his daughter with the help of a group of mercenaries, who in passing intend to take advantage of the situation to commit one of the biggest robberies in history.

The director has been working on this project since 2007, initially with Warner Bros. and later with Netflix, from where they have spared no expense, with a budget of around $ 70-90 million.

The last genre-zombie movie for the director was “Dawn of the Dead” (2004), with Sarah Polley, Ving Rhames and Michael Kelly among others. Since then he has stayed close to comic book stories with movies like ‘300’, ‘Watchmen’, ‘Man of Steel’, ‘Batman V Superman: Dawn of Justice’ or ‘Sucker Punch’. 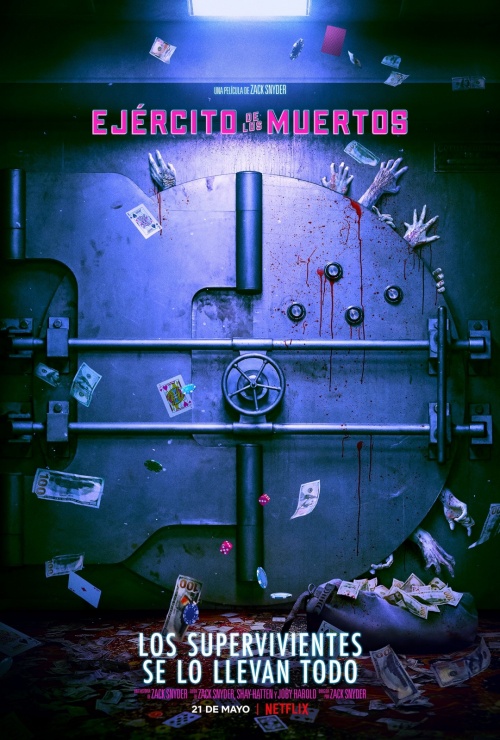