The vast majority of manufacturers produce European models in China, but manufacturers like Porsche do not succumb to this strategy. The purpose is to reduce production costs compared to Europe, but the sports firm does not even consider this option to manufacture in the Asian giant. “Made in Germany” is above all.

The vast majority of European manufacturers They looked for local partners in China to manufacture models destined for Europe and also for clients from the Asian country they can share a production line. There is not much to hide behind this decision, beyond the significant difference in labor costs between China and Europe, more favorable in the former, and also the important tax cut if the producer is local or a local society.

In fact, before you bought a BMW or an Audi and you knew if your car had been produced in a European country – for example, Germany – because there was always a label with a series of codes and the letters “EUR”. Now, if the dealer does not remove it, then two letters will appear, those of “CN”. For many, production in one place or another is not an important factor, but for a brand like Porsche it is it is. And it is that the «Made in Germany» is a true seal of quality. 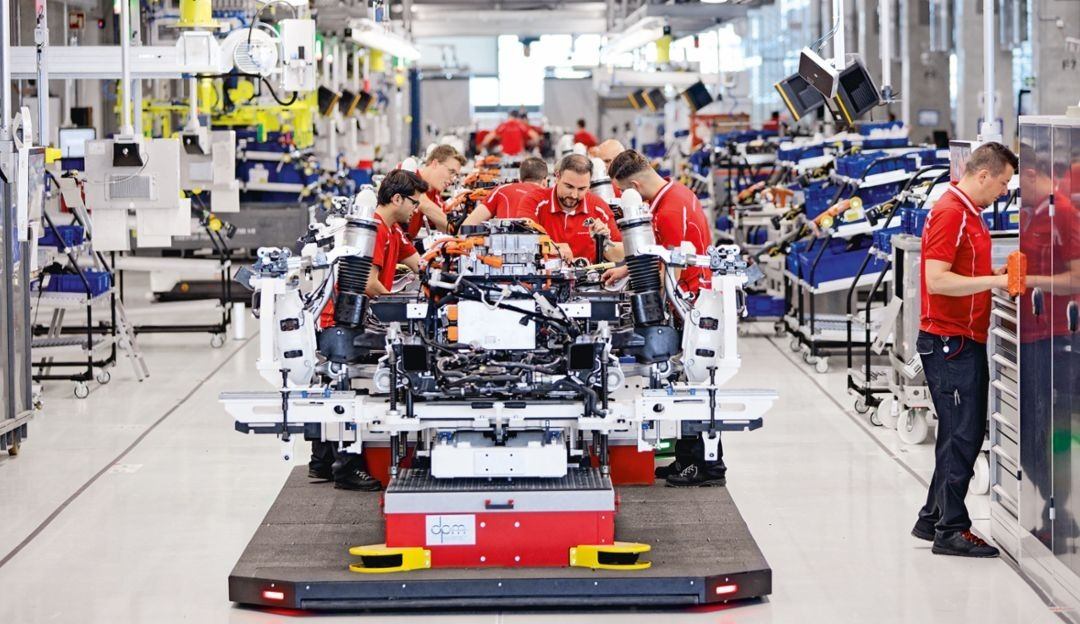 Engine assembly of the Porsche Taycan at the factory in Zuffenhausen, Germany

The Porsche will remain 100% German

At least, this is how Oliver Blume, the head of Porsche, has pointed out, who has given a very interesting interview in which he has addressed different topics, and there is one that has made it especially clear. In fact, very few occasions are remembered when a CEO of a brand has been so clear and blunt. Blume considers that the production of the different models of the sports brand you must stay in Germany to ensure the highest quality for your customers.

Blume’s words have been clear: “It makes no sense for us today to move production from Europe to China, even if labor costs are favorable.” And in the same vein he has spoken Volkswagen, which prefers to continue manufacturing its European models in the Old Continent. In fact, Blume’s statements in this regard are not the first. The president already pointed out a few years ago in Shanghai that “Chinese customers love Porsche for the fact that it is developed and manufactured in Germany.” One more.

The highest representative of the German manufacturer points out that their manufacturing volumes are not high enough to justify a decision of such a draft. In 2020, Porsche manufactured more than 290,000 units, and 90,000 of them went to the Asian giant. Despite being an important market, for Blume nor is it enough to divert production to China. A decision that shows not only a special roots for the country and for the high standard of quality, but also a true demonstration of financial power in the face of the competition.