Haru Oni, a plant for e-fuel, is put into operation through the collaboration of the automobile manufacturer and Siemens Energy.

Porsche aims to be CO2 neutral from 2030But it doesn’t just have its sights set on electric mobility like other manufacturers. The proof is the Haru Oni ​​project, a plant that is the first in the world for the large-scale production of virtually neutral e-fuel environmentally. It has been launched together with Siemens Energy.

Is in Punta Arenas, in Chilean Patagonia, a distant location that Michael Steiner, Porsche R&D manager justifies: The wind produces four times more energy than in Germany and provides us with other partners beyond Siemens that we need in Chile. We also require a political security that we have found in that country, which has a very ambitious plan to become a large exporter of renewable energy.

It all starts with a electrolysis process (powered by the force of the wind) that divides water into oxygen and hydrogen. At another point in the plant, CO2 is captured from the air, which combines with hydrogen to produce synthetic methanol, which is adapted to serve as a green fuel.

The plant could be ready in summer 2022, starting with an annual production of about 130,000 liters It has to skyrocket to 55 million liters in 2024, to reach 550 million liters just two years later. 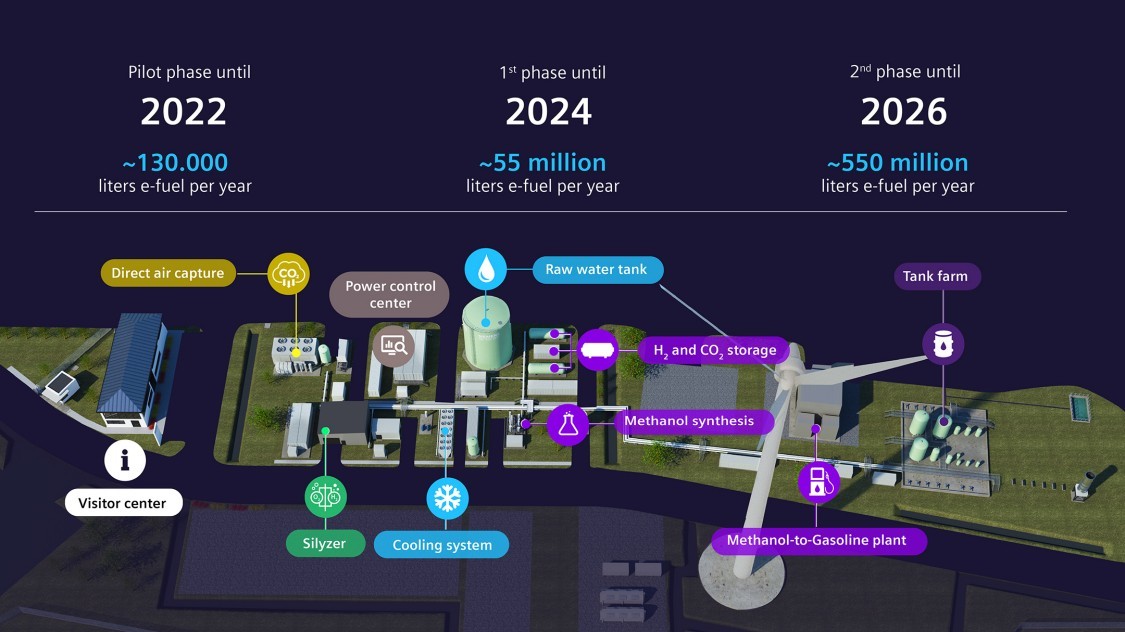 The advantage of this fuel is that it can reduce CO2 emissions from combustion engines by up to 90% without requiring changes to them. The less good, that until 2026 its price will not be competitive, but it will be reasonable.

In any case, it is very important for the brand because 70% of the Porsche manufactured throughout the history of the brand are still in operation, which opens the door to continue using them as classic cars in a much more environmentally friendly way.

In addition, Porsche anticipates that combustion engines will have many years of life ahead of them. Especially in a model like the legendary 911 that would prove very difficult to electrify without significantly increasing size and weight, which does not fit in with its lightness DNA.