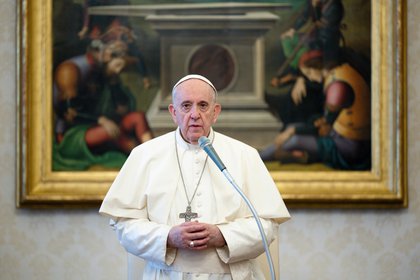 The Holy Father, in the following paragraph of his most recent masterful encyclical, by the hand of Saint Thomas Aquinas explains the experience of loving as “a movement that focuses attention on the other ‘considering him one with himself’, which makes us seek his good freely ”(N.93, p. 63, FT), from tenderness. An experience like that of the horseman who went from Jerusalem to Jericho who “sees” the wounded man, is moved and helps him (Luke 10: 25-37) without opening any judgment. The term is used as what is impressed or known before all judgment, pre-predicative, where the clarification and the italics are ours.

Of course we can ask ourselves, tenderness in this world that “is and will be crap …”? Doesn’t Francisco see that there is a pandemic of joyful acceptance of evil that affects large groups of power, rulers, the mass media, journalists, judges and many others? Of course he sees it and follows Jesus who, from the most crude realism, indicated to his disciples: “Behold, I send you as sheep in the midst of wolves; be ye therefore wise as serpents, and harmless as doves ”(Matthew 10:16:23).

Can the tenderness of the dove be reconciled with the cunning of the serpent?

A first idea would tell us that “tenderness” means softness of character, weak spirit, while cunning or prudence is speculation and calculation. In its present century significance, the meek is pure feeling and the cunning pure intelligence.

On the other hand, Francisco’s realistic thinking is marked by a philosophy of the polarity of the complements where reason and feeling are united. Contrary to the arbitrary rationalist divorce of heart and reason, Bergoglio restores and integrates intelligence and feeling.

The tenderness implies, contrary to the weakness of character, confidence and security in oneself. Without it there is no surrender. And his expression is not ostentatious, since it is manifested in small details: the attentive listening, the kind gesture, the demonstration of interest in the other without counterparts, the caress, the proximity, the help. Taking charge of the problems of the other even the other unknown or foreigner, giving joy, accompanying him in difficult circumstances. It is not only in the great things that good or evil is found, but in the small ones. The cunning – like the slithering of the serpent – aims to avoid the evil or “filth” of this world.

When small is divine

Small is beautiful was the title of a work on economics by the London-based German humanist Ernst Friedrich Schumacher. Pope Francis uses the polarity of the great and the small to explain God, who being great becomes small. A few boards and straw for a crib, and yet it is huge, and the penumbras of the stable are pure light and in that dialectic of the big and the small it manifests its tenderness…. “Christmas helps us to understand this: in that manger, the God” who “comes down” becomes small to communicate with us. And Francisco adds, following Saint Thomas, What is divine? What is the most divine thing? “Non coerceri a maximum, contineri tamen a minimum, divinum est”, “… the divine is to have ideals that are not even limited by the greatest, but ideals that are at the same time contained and lived in the smallest things of the life… Do not be afraid of the big things, but take into account the small things: this is divine, both together ”. “Not being forced by that which is greatest, being contained in that which is the smallest, this is divine! (and) do the little things every day with a big heart open to God and to others, to see the little things within the great horizons, those of the Kingdom of God ”.

And how can one act with “tenderness” and at the same time with “cunning” or “prudence”? Having a lot of love and a good memory. An example of intelligence and cunning are the responses of Jesus to the Pharisees as many times as they want to make him incur in contradiction with the precepts of the Holy Books. Intelligence as prudence is, as the Angelic said:

– Memory of the Past, because there is nothing to guide so much for what to do as the memory of past successes or failures. Experience is the mother of science (Summa II-II, 49-1).

– Intelligence of the Present, to know how to discern if what we propose to do is good or bad, lawful or illegal, convenient or inconvenient (Summa II-II, 49-2). Y

– Providence of the future, consisting of looking at the distant end that is intended, to order it with the appropriate means and foresee the consequences that can follow from acting in that way (Summa II-II, 49-6).

Homage of Francisco to the nurses of Argentina