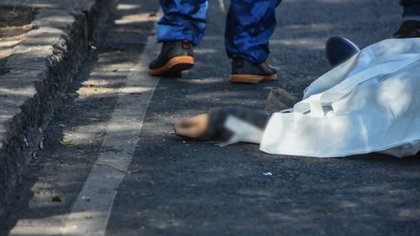 Brandon confronted the policemen with a firearm, for which they responded by firing at him. His brother, Dilan, was arrested (Photo: Cuartoscuro)

A confrontation between elements of the Prosecutor’s office General of Justice of the Mexico City and alleged criminals was unleashed when a subject, identified as Brandon, was carrying out a robbery with his brother, Dilan.

Police officers noticed the brothers when They assaulted a motorist in Periférico Oriente Canal de Garay and Eje 5 Sur Marcelino Buendía, in the Chinampas de Juárez neighborhood of the mayor’s office Iztapalapa.

Brandon confronted the cops with a firearm, so these they responded by shooting at him. His brother, Dilan, was arrested. 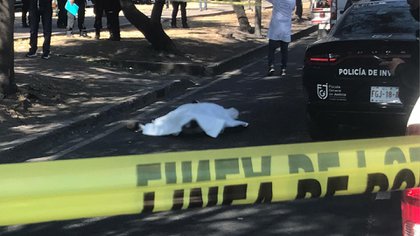 The area was cordoned off by police officers, who awaited the arrival of expert services to continue with the investigations (Photo: Twitter / @ tavojeda5)

After the shooting, relatives of Brandon and Dilan arrived at the scene claiming and attacking the investigative police.

The body of man, 24-year-old was left in the vial next to his gun. The area was cordoned off by police officers, who awaited the arrival of services expert to continue investigations.

The journalist Carlos Jiménez, through his Twitter account, reported that the name of the deceased was Brandon Martínez González. 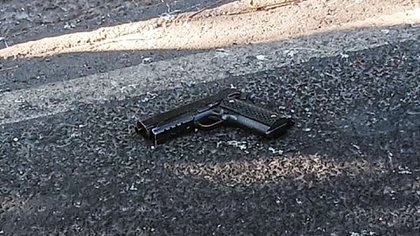 “Together with his brother Dilan they assaulted a motorist in @Alc_Iztapalapa. Agents from @PDI_FGJCDMX discovered them and shot them down. Brandon died, Dilan was arrested. His family came to claim and attack the agents“Jiménez reported.

On the other hand, a video released this Wednesday in social networks showed the moment when a raider stripped a motorist of his belongings on the streets of the Colonia Del Valle, in Mexico City.

The assault occurred during the afternoon of this Tuesday: a white vehicle was stopped on the corner of the Avenida Amores and Eje 4 Sur Xola, in the Benito Juárez mayor’s office. In the images of the video you can see how the alleged criminal, dressed in Gray sweatshirt, white pants, and a mask, with a firearm he threatened to the driver of the white car.

The assault occurred during the afternoon of this Tuesday: a white vehicle was stopped at the corner of Avenida Amores and Eje 4 Sur Xola, in the Benito Juárez mayor’s office (Video: Twitter / @ Ecatepec_Alerta)

When the vehicle was stopped by the red traffic light, the assailant opened the door to steal the coachman’s belongings. The video ends at the exact moment the offender decides escape.

The crime was recorded from another car, which circulated meters behind the victim’s. Observing the assault, he stopped to record with his telephone cell phone.

The Contact Unit of the Secretary of the Secretariat for Citizen Security (SSC) stated that the report was channeled to the Del Valle Sector to increase patrolling and surveillance in place.

On December 30, in drug possession and a frustrated escape, capital police officers detained two Mexicans and a Colombian, accused of commit robberies to a room in the mayor’s office Benito Juárez. 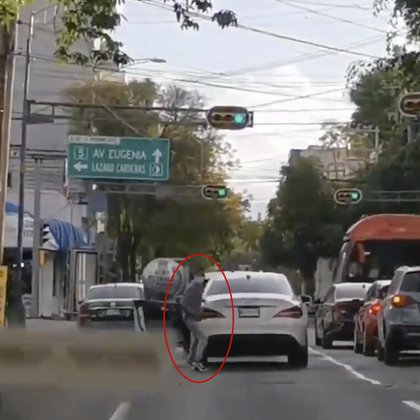 Through a camera tracking of the Command, Control, Computing, Communications and Citizen Contact Center (C5), capital police managed to identify two vehicles in which these subjects committed assaults on houses.

After being located, were arrested in two different events in Valle Gómez, Cuauhtémoc and Nicolás Bravo municipalities, in Venustiano Carranza. The cars in which they were traveling were seized and made available to the local prosecutor’s office.

“The insured vehicles and the three arrested, apparently They form a group dedicated to the theft of homes in different municipalities, and are possibly related to an event that occurred on December 11, in which they entered an address located in the Narvarte neighborhood, Benito Juárez mayor’s office, and stole money and other valuables”, Detailed the Secretariat of Security of Mexico City in a statement.

Young People Building the Future Scholarship: so you can register to receive 4,310 pesos per month for a year

Millions of dollars in bitcoins lost from not remembering a password

He stabbed a pregnant woman and kidnapped her baby: the heinous crime for which Lisa Montgomery was executed

The audios of the VAR of Palmeiras-River: what they charged in the three controversial plays against the Millionaire