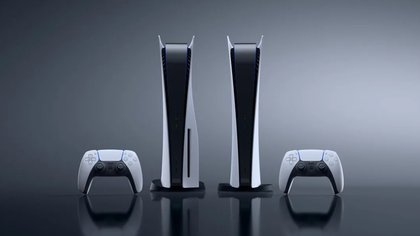 After the success of the first pre-sale in the country, which lasted only four hours, PlayStation Argentina announced that on November 19 from 1:00 p.m. the PS5 can be reserved in any of its two versions through official retailers. Its price will remain in relation to the previous presale, since it will be $ 99,999 Argentine pesos for the standard edition and $ 75,999 for the digital one, and it will be delivered on December 16.

After what was its launch on November 12 in just some countries such as the United States, Mexico and Japan, the Sony console begins to expand its horizons. One of these will be the Argentine territory, in which it will land from December 4 for those who have acquired it in the first pre-sale.

Users who want to reserve it this time, should know that it will arrive with the same values ​​as in its previous reservation stage. The price of the standard version, which comes with a disc, will be $ 99,999 Argentine pesos. It is worth noting that it was the one that was most kept in stock during the pre-sale on September 29. For its part, the digital version, which does not include a disc reader, will be priced at $ 75,999 pesos. Those who acquire it in this instance will have to wait less than a month to have it in their hands, since, according to PlayStation Argentina, it will arrive in the country on December 16.

This is the PlayStation 5 that arrived in Argentina – #Report

In turn, in the statement the company indicates that accessories for the console may also be sold. This will allow users to purchase a Dual Sense, which was very short-lived in stock during the previous pre-sale. In addition, they emphasize that physical copies of Marvel’s Spider-Man: Miles Morales, Sackboy: A Big Adventure and Demon’s Souls, exclusive titles that will come to the console.

Regarding this, PlayStation Argentina reminds players that those who have a PlayStation Plus membership will be able to access the PS Plus Collection for free. This is a library made up of 20 PS4 games that were in charge of defining what was the last generation of consoles, such as Batman ™: Arkham Knight, Bloodborne, Call of Duty®: Black Ops III – Zombies Chronicle Edition, God of War, Monster Hunter: World ™, Final Fantasy®XV, Resident Evil®7 Biohazard, Persona 5, The Last of Us Remastered and Uncharted 4, among others.

Both models will have a pre-installed copy of the video game Astro Bot: Rescue Mission, sequel to the title that also came bundled with PS4. On this occasion, the adorable robot will go through new levels, which will be divided into four worlds based on the components of the console. One of the functions of this video game will be to present the new features that the DualSense will have and were presented by the journalist Geoff keighley Some months ago. Marvel’s Spider-Man: Miles Morales is one of the first strong titles that the Sony console will have

For those who are still not clear about which edition to choose when the reservation is re-enabled, they should know that both versions of PlayStation 5 will have an 825 GB solid state disk and an amazing 5.5 GB per second data transmission speed. , that is, up to 100 times faster than that of PS4. This will allow the loading times to be negligible in many cases, which is so annoying to the players. The CPU will be 8-core Zen 2 at 3.5 GHz and a 10.28 TFLOPS GPU. As far as RAM is concerned, PlayStation 5 will be 16 GB.

PlayStation 5 includes its new control, the DualSense, successor to the DualShock 4. Among the novelties that this controller will present is haptic feedback, which puts on the table many possibilities when trying to transmit different sensations, making it possible to develop experiences a lot more immersive. It also has a built-in speaker, which will seek to provide new sensations, such as that of a sandstorm that fully impacts the player.

Videogames: these are the releases from November 17 to 20

“Assassin’s Creed: Valhalla” Review: The Franchise Refreshes With An Entertaining, Content-Filled Delivery… When It Works