Not even two rounds were completed in the fight that took place at the Bolton Whites Hotel in Lancashire, England. Pierce O’Leary did not walk around, he honored his heavy hand and with one blow he sent Jan Marsalek to sleep, who fell collapsed and unanswered against the canvas of the ring.

THE TREMENDOUS KNOCKOUT OF PIERCE O’LEARY

Known in the world of boxing as Big Bang, the Irishman showed all his power in the fight agreed at super lightweight, which was part of the card where Jay Harris and Mexican Ricardo Sandoval starred in the stellar contest of the night.

The defining blow came when there was little left for the end of the second round. There, O’Leary landed a left fly on the Briton’s chin and there was nothing more to talk about. In fact, Marsalek had to be removed from the ring on a stretcher, as he could not even stand up. 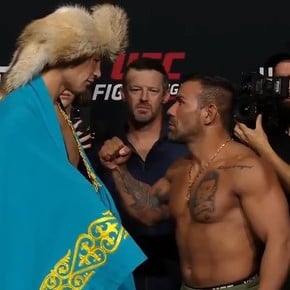 With this victory, the Irishman stretched his undefeated to 7-0-0, with three definitions by way of knockout. His rival, on the other hand, has eight wins and three losses on his record.