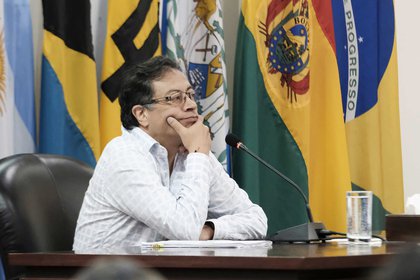 In the middle of coming and going The issue of abortion was reopened in the First Committee of the Senate after the discussion, in the first debate, of Bill No. 140 of 2020 that seeks to modify articles 90 and 93 of Law 84 of 1873 of the Civil Code, to penalize abortion in any circumstance. 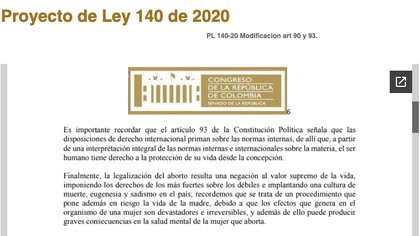 In the discussion there were positions for and against the initiative, however, what caused great curiosity and much criticism was the position of Senator Gustavo Petro who, assured that the objective of society is to prevent abortions, without the need for ban them:

“The objective of Colombian society must be zero abortions, abortion cannot exist in any society and this is achieved through education and not through prohibition, if the woman had the power to make public policies and rule in her body, she would not have unwanted pregnancies, she would only get pregnant when there is love involved. I believe that what this project seeks is to kill women, here there are no pro-life people but pro-dead people because every woman who takes a morning-after pill would be a murderer, for me she is an intelligent woman because the inquisition happened many years ago ” . the senator mentioned publicly.

Statement that caused strong criticism in social networks, as several people refute him that it is impossible to control that women have the need to have an abortion, in case there is a violation.

On the other hand, the criticism did not stop coming, because in the video he shared, where he shows his position on abortion, only five senators are seen talking about women’s issues without any female figure commenting on it.

What the bill seeks, proposed by conservative congressmen Esperanza Andrade and Adriana Matiz, is to eliminate the possibility of legalizing the interruption of pregnancy in situations outside those allowed by law since 2006: being a victim of sexual abuse, cases of fetal malformation and when the mother’s life is in danger.

“The purpose of this project is to defend life from the moment it becomes fertile. According to current legislation, life exists when one is born and that is why this gap between fertilization and birth is what the Constitutional Court has come to fill, so that what we are protecting is the legal existence of life, “he argued Esperanza Andrade.

A few days ago, the National Government revealed its position against the Causa Justa movement, the main promoter of the decriminalization of abortion under any circumstance. For the Government, under the concept of the Ministry of Justice, with the support of the Ministry of Education, the first argument to be against what is proposed by the pro-abortion movement has to do with the fact that, to make its proposal a reality, it would have The provisions of the Constitutional Court in 2006 that allow the interruption under the three conditions mentioned above must be modified.

In the concept presented by the Ministry of Justice before the Constitutional Court, it was argued that, “Society deserves to know why it is constitutionally reasonable to punish, even criminally, those who injure the life of animals, but it is not possible to impose sanctioning measures designed to protect the life of the unborn human, who, despite not being a person in the civil aspect of the term would be, from some moment of its development, at least one sentient being belonging to the human species ”.

In a first debate that this bill generated, in the First Committee of the Senate of the Republic, the opinions of several of the legislators in favor and against the measure were known.

Miguel Ángel Pinto, belonging to the Liberal party, explained that, “Liberals protect the rights of people, the rights of all human beings and the greatest right that a person has is the right to life. Rights have limits and the limits of a person’s right go to where the rights of others begin and the rights that women have over their bodies, no one is inhibiting them ”.

On the other hand, Angélica Lozano, for the Green Party, assured: “Let’s not try to prevent the exercise of the rights of millions of women in Colombia. Abortion in Colombia is a right and for nothing in the world will we allow it to be an obligation ”.

The senator of the Democratic Center Paloma Valencia, who showed her empathy with the project of maintaining abortion as a crime outside of the allowed factors, assured that “the purpose of this project is for us to have a discussion about when a zygote in the womb begins to have rights that allow it to protect itself.

For Catalina Ruiz Navarro, co-founder of the Las Viejas Verdes group, belonging to the Causa Justa movement, which has been fighting against decriminalization for the last 20 years, she stated, for the La Mesa por la Vida y la Salud de las Mujeres portal that, “ The fact that abortion still exists as a crime in the Penal Code, although with the causes dictated by the Constitutional Court as exceptions, sends a very confusing message to the public, since abortion is both a fundamental right and a crime This shows a vocation of the State towards the criminalization of women for deciding on their bodies and anti-rights groups take advantage of the ambiguity to misinform, create and justify more barriers to access to safe abortion for women and girls in Colombia ”.