The Perseverance rover successfully landed in the Jezero crater on Mars at 2:55 p.m. and sent its first photograph of the red planet.

After 7 long months of travel, the Mars 2020 mission reached Mars. The rover Perseverance began its cruising separation to begin entry into the Martian atmosphere at approximately 14:48 (-6 GMT) and 7 minutes later, made a soft landing in Jezero crater.

Around 2:52 p.m., the NASA’s Jet Propulsion Laboratory (JPL) confirmed the opening of the supersonic parachute to begin the deceleration process from 20,000 kilometers per hour to zero.

A minute later, the spacecraft shed the heat shield to initiate deceleration with the Terrain-Relative Navigation (TRN) system, a kind of integrated autopilot by a set of radars that performed altitude and speed calculations in real time to select the best landing site. 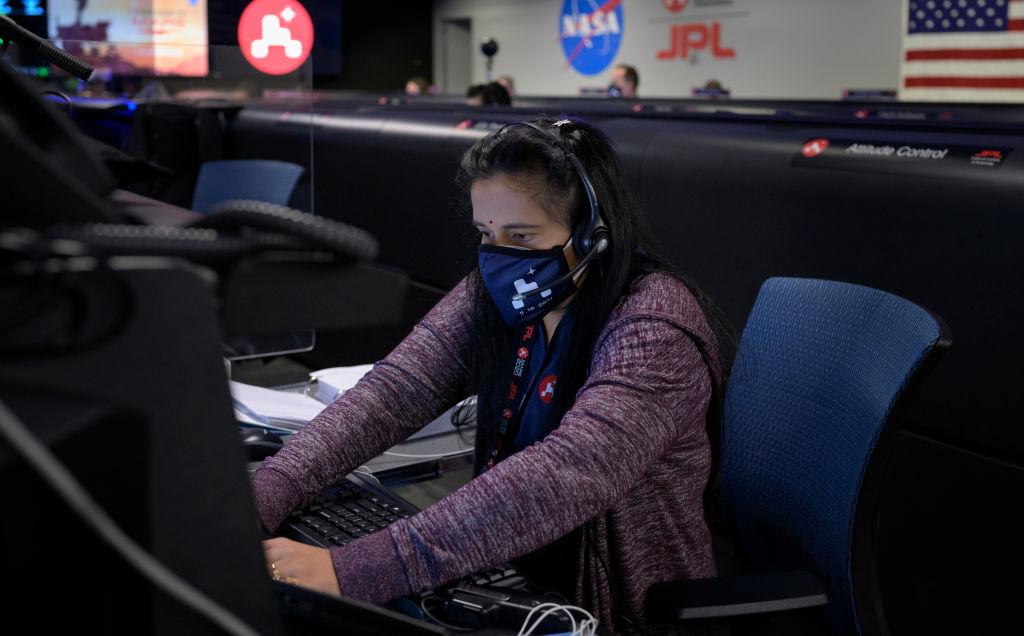 At a speed of 80 meters per second and 6 kilometers high, the separation of the rear shield began the penultimate phase, with the eight retro-thrusters slowing down for the beginning of the overhead crane maneuver just 20 meters from the surface.

Finally, at 2:55 p.m., NASA received confirmation of Perseverance’s arrival on Mars and its landing in the Jezero crater, as planned.

Immediately after, Perseverance sent to earth your first picture of Mars: 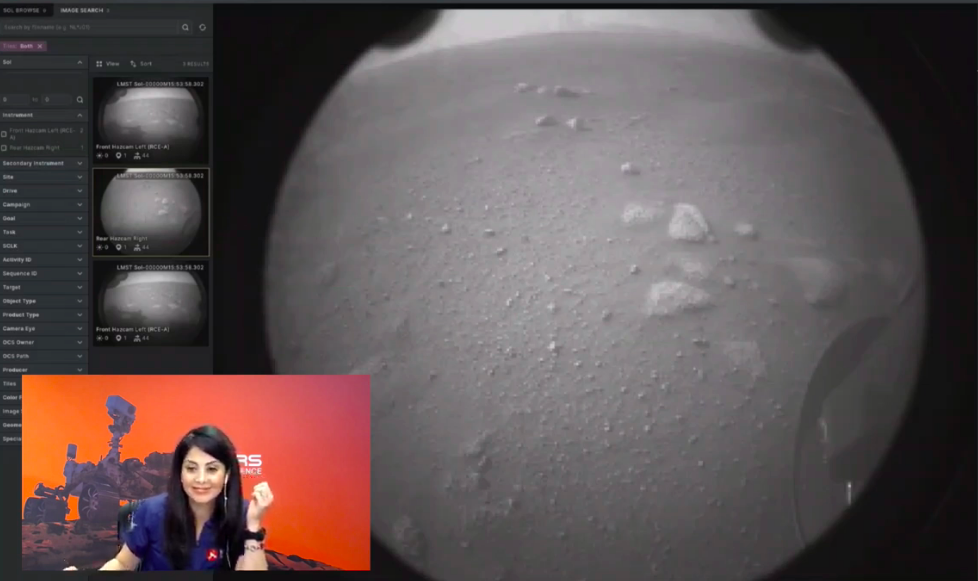 It is a thumbnail, a low resolution thumbnail that shows the Jezero crater, rocks and Martian dust and it was captured with the Hazcam, a device specially designed to withstand the impact and the dust raised during the landing.

The rover las will send to Earth in better resolution formats hours after your arrival on the red planet, once you deploy your mast and antenna to improve communication.

What’s next for Perseverance?

From now on, Perseverance will start ‘unpack’ your science instruments, update your software and run a test drive.

After passing 90 Martian days (called suns by NASA, with a duration of 24 hours and 39 minutes) in this phase, the rover will finish with the test checks before starting to explore Jezero crater.

The day after landing, NASA expects to receive the first high resolution photograph wheels and an image of the camera looking down during the downhill stage.

Ingenuity, the NASA helicopter that will try to fly on Mars for the first time and make history

Perseverance landing on Mars: everything you need to know about NASA’s historic mission