The Templo Mayor became a scene of terror: with rivers of blood and dismembered bodies, Pedro de Alvarado turned a Mexica celebration into a massacre.

In May 1520, six months after the arrival of the Spanish in Tenochtitlan, Hernan Cortes He momentarily left the Mexican capital and left for the Gulf of Mexico with 266 soldiers and a single intention: to stop the advance of Pánfilo de Narváez, sent by the governor of Cuba to punish Cortés’s disobedience.

In command of the rest of the army (approximately 130 soldiers) in Tenochtitlan was in charge Pedro de Alvarado, conqueror who gained the confidence of Cortés and was appointed first captain after joining the expedition together with his brothers in 1519.

And although he is not recognized as a key actor in the Conquest, Pedro de Alvarado ordered the Spanish troops to perpetrate one of the bloodiest episodes of the Conquest: the Massacre of the Greater Temple.

Story of a massacre

With the tension between Spaniards and their allies and Mexica on the rise, the last days of May arrived with one of the most important religious festivals in Mexico-Tenochtitlan: Toxcatl, a main celebration dedicated to Tezcatlipoca and especially to Huitzilopochtli with drums, songs, dances and the creation of amaranth figures (a plant prohibited by the Spanish) that represented this last deity.

On May 22, 1520, while the second day of celebration was taking place, Pedro de Alvarado gave the order to block the entrances of the temple. The event caused a confusion that turned into chaos minutes later, when the Spanish troops entered armed and ready to assassinate to musicians, dancers, nobles and common people who participated in Tóxcatl, all unarmed. 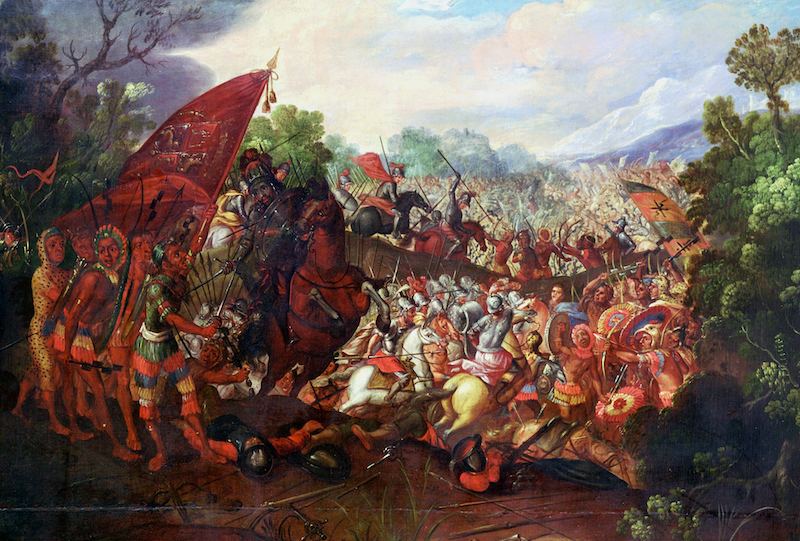 The version endorsed by the conquerors of the Massacre of the Greater Temple assures that the Mexica were plotting the assassination of Alvarado during the celebration of Tóxcatl; However, the few Nahua testimonies (compiled from the collaborators of Fray Bernardino de Sahagún) included in the Florentine Codex explain their own version of the massacre:

“… Things like this while enjoying the party (…) at that precise moment the Spaniards made the determination to kill people. Then they come here, they all come in weapons of war.

The exits, the steps, the entrances come to close: the Entrance of the Eagle, in the minor palace; that of Acatl iyacapan (Punta de la Caña), that of Tezcacoac (Snake of mirrors). And after they had closed, they bet on all of them: no one could leave.

Arranged like this, they immediately enter the Sacred Court to kill the people. They go on foot, they carry their wooden shields, and some carry metal shields and their swords. Immediately close to those who dance, they rush to the place of the drums: they struck the one who was playing: they cut off both his arms. Then they beheaded him: his severed head fell far away.

At the moment they all stab, spear people and cut them, with swords they wound them. Some were attacked from behind; immediately its entrails fell to the ground scattered. Others had their heads torn apart: their heads were sliced ​​off, their heads were left completely in shreds.

But others were slashed on the shoulders: their bodies were cracked, torn. The former are wounded in the thighs, the latter in the calves, the other in the midst of the abdomen. All the entrails fell to the ground And there were some who still ran in vain: they were dragging their intestines and seemed to get their feet tangled in them. Eager to be safe, they could not find where to turn ”.

The pre-Hispanic references are explicit describing the horror of the scene, with severed remains, trampled corpses and a floor covered in blood amid the chaos. According to the Anales de Tlatelolco, the massacre lasted for three hours and spread to neighboring courtyards and buildings.

Nahua accounts of the Matanza also emphasize that the rulers Moctezuma and Itzcuauhtzin asked the conquerors for mercy, emphasizing the fact that although it was a warlike society that subdued neighboring peoples through its military might, there was no confrontation: the attack was directed towards the unarmed population.

And although the version told by the conquerors ensures that the Tóxcatl festival would mark the beginning of a Mexica offensive, there are no references to a possible uprising to expel the Spanish from Tenochtitlan. However, the celebration could also function as an act of resistance that It showed the might of the Mexican army to a small group of conquerors. 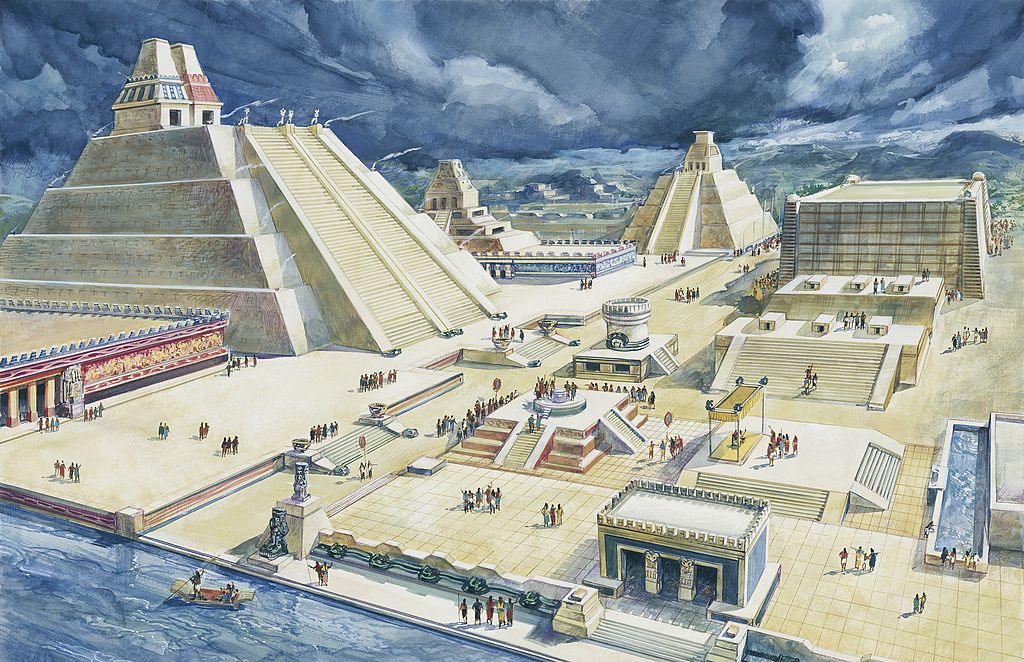 The fact that there is no reference to the Massacre of the Templo Mayor in Cortés’s Letters of Relationship reaffirms that the conqueror not only condemned the massacre ordered by Pedro de Alvarado, while the bulk of the Spanish troops found no justification in this regard.

500 years after the fall of Tenochitlan (which would happen 15 months after the Matanza), the Government of Mexico City has begun to remove the plates and all signs which refers to the name that receives a section of 700 meters of the Calzada México-Tacuba, one of the streets of the original layout of the old Mexican capital: Alvarado Bridge.

Oral tradition tells that during the Spanish escape on the Sad Night, Alvarado himself saved his life by using a pole to jump over a grave, while hundreds of Spaniards fell victim to Mexican arrows. The supposed deed of the conqueror became public domain during the Colony and unlike the landscape of the west of ancient Tenochtitlan, the name of Alvarado Bridge remained unchanged for five centuries, up to now.

According to the capital authorities, the old avenue will no longer bear the name of the architect of the Tóxcatl massacre. Instead, the new mosaics indicate that it is the Av. México-Tenochtitlan, in a controversial exercise of historical memory and vindication of native peoples. 500 years after the fall of Tenochtitlan, the echoes of the Matanza and the direction that the Conquest took from now on continue to reverberate in the present; to the degree of condemn to oblivion the surname of the conqueror.