The count of the presidential elections of Peru reached its final stretch between legal processes, minute reviews and street tensions, with Pedro Castillo as the most voted candidate and with Keiko Fujimori unwilling to assume, without fighting, their virtual defeat.

This Thursday, the National Office of Electoral Processes (ONPE) entered the 100% of voting records in your system and only 0.705% of the total remains to be counted.

Although this percentage is still higher than the one that separates Fujimori Castle (0.40%), it is impossible in practice that the result can be reversed.

Among the records that remain to be counted are 608 sent to the National Elections Jury (JNE) for presenting contested votes, illegibility errors and other incidents, which should be disproportionately favorable to Fujimori to change the result.

Faced with this scenario, the Fuerza Popular candidate and political heir to former President Alberto Fujimori (1990-2000) has requested the nullity of 802 minutes, representing more than 200,000 votes, for alleged irregularities and an alleged attempt at ‘table fraud’ attributed to the Castillo party, Free Peru. 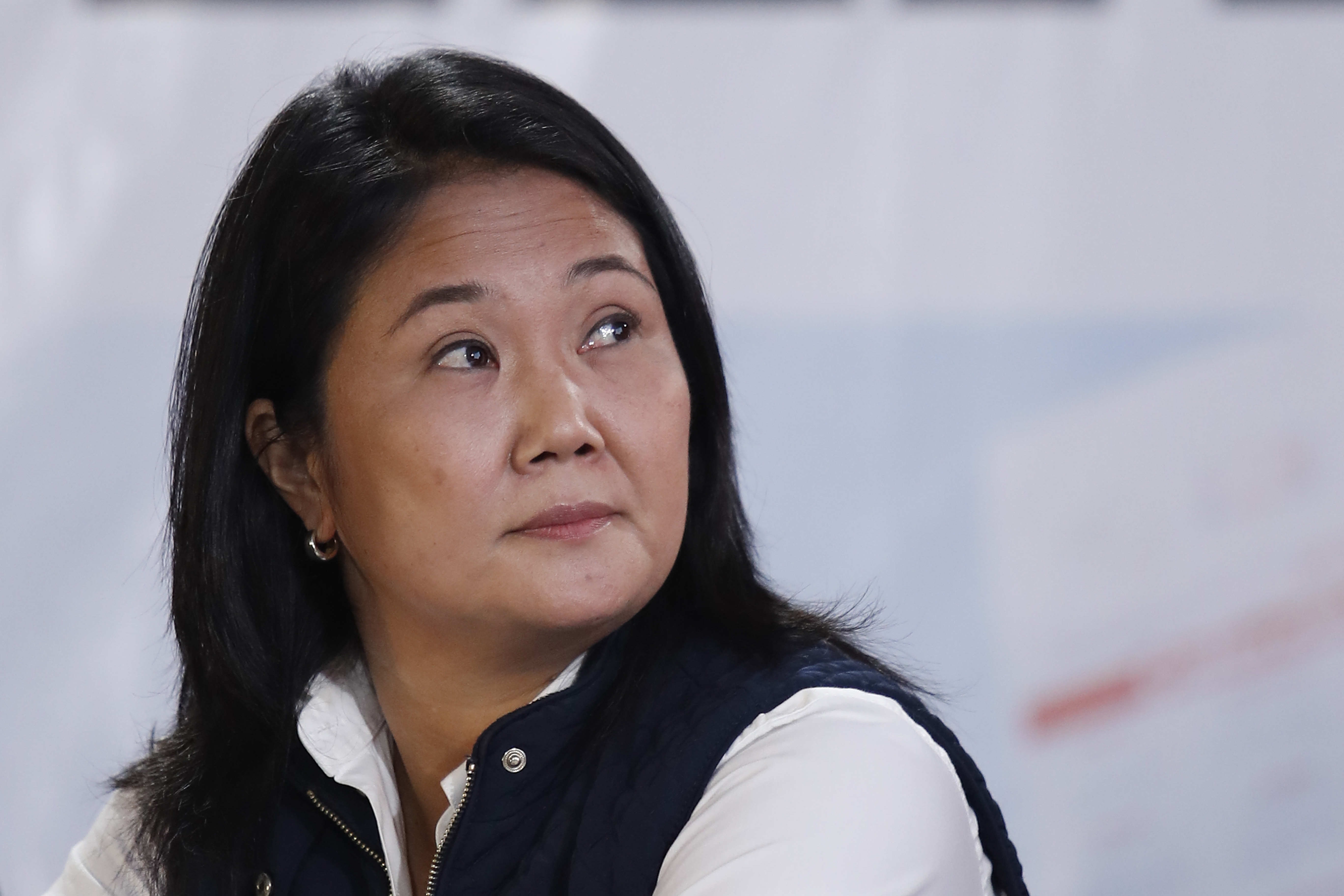 Castillo’s first vice presidential candidate, Dina Boluarte, responded at a press conference that Fujimori “is trying to deceive the Peruvian people” by stating that “the representatives (of Peru Libre) have acted criminally”, while rejecting ” such a hint ”.

Boluarte added that the vote, 100% of the records processed, has given “as the winner Professor Pedro Castillo, some minutes have yet to be counted, but we will wait with the calm that characterizes us.”

“We already know that the Peruvian people through their vote have already decided who will be the next President of the Republic”, he claimed.

Fujimori made the annulment request to the electoral bodies in a press conference in which she was accompanied by the former congressman and collaborator in his campaign Miguel Torres, who is also included like her in the accusation for money laundering and criminal organization presented by the Prosecutor’s Office against the candidate and the leadership of Fuerza Popular.

MAKE FUJIMORI BACK TO PRISON

Torres’ presence at that press conference, held on Wednesday, gave rise to the prosecutor in the case, José Domingo Pérez, to again request the preventive detention of Fujimori for failing to comply with the conditions imposed by the courts when she was released last year, as is maintain contact with a witness.

Fujimori described the prosecutor’s request as “absurd”, explaining that Torres has been participating with her in the campaign since June last year and now advises the party in the request for annulment of 802 voting records.

The candidate said that Pérez seeks to “continue to be the protagonist of this electoral campaign”, having made the request for a variation of his appearance in preventive prison, after presenting Torres as one of those in charge of the request to annul some 200,000 votes that it is considered to favor Castillo.

Fujimori faces a prosecutorial request of more than 30 years in prison for alleged money laundering in the financing of his previous electoral campaigns in 2011 and 2016 by Odebrecht and Peruvian companies, a trial that would avoid being elected.

Fujimori’s lawyer, Giuliana Loza, He trusted that “after this request is notified and we are summoned, the criminal judge will declare it inadmissible, not only because it is unnecessary, but because it lacks any logic.”

In the midst of this panorama, the Peruvian Foreign Ministry reported that it has been obliged to deliver a protest note to the Argentine ambassador in Lima for the greeting extended by the president of that country, Alberto Fernández, to Castillo as “president-elect ”, Despite the fact that the results have not yet been announced by the electoral bodies.

In a message on Twitter, Fernández reported that he contacted Castillo to convey his congratulations and express his desire to unite “in favor of Latin America.”

Today I contacted @PedroCastilloTe, president-elect of Peru. I expressed my wish that we join forces in favor of Latin America. We are deeply twinned nations.

I celebrate that the dear Peruvian people face the future in democracy and with institutional solidity. pic.twitter.com/vKaKpdBdik

A group of 17 former presidents from America and Spain, all from the right or center-right, also signed a document today to ask that none of the contenders declare themselves the winner until the Peruvian National Elections Jury confirms their triumph.