“This shoot was not usual”, remember Javier Rey on ‘The snail house’. The pandemic delayed the planning of the psychological thriller directed by Macarena Astorga, turning the pre-production into a succession of video-call meetings that all the interpreters tried to make the most of. Javier plays Antonio Prieto, a writer who retires to the town of the Malaga mountains to seek inspiration for his next novel. There he meets Berta, a local woman he is attracted to and who, played by Paz Vega, seems to know a lot about the mythological legends of the area and that they begin to gain special relevance in the creative process of the author.

“I remember filming as a mixture of sensations. If I get gross, it was crap having all your colleagues with a mask for hours and without a clear protocol, which did not exist at that time. We did things extremely well. And we only touch the team in the week minus one. It is very rare. We were able to finish a movie at the worst moment in history “, Javier tells us. A situation, which, however, helped him align himself with his partner Paz: “We have made a good team and we have understood each other very well from a place of generosity. There was little time and we both went into express creation mode because otherwise the movie wouldn’t come out. “

Paz Vega with her daughter Ava Salazar at the presentation of ‘La casa del caracol’ at the Malaga Festival.

With references to Stephen King, Stanley Kubrick and tints of titles such as ‘Pan’s Labyrinth’ or ‘The Baztán trilogy’, Paz explains that, “Although I am not superstitious or religious, I do have a great capacity for imagination”. The actress has also shared filming for the first time with her daughter Ava Salazar, who also plays her first-born in fiction. “I’ve been shooting her since she was little, so it’s normal for her to be curious. But I think he has lived it as a one-off experience and I don’t know if he wants to continue dedicating himself to this. He really enjoyed all the stages: from the script reading to the telematic meetings, in which he would kick me out of the room (laughs). Both she and Luna Fulgencio, who plays her sister, took the job very seriously. They were never hungry, they didn’t want to go to the bathroom… ”. 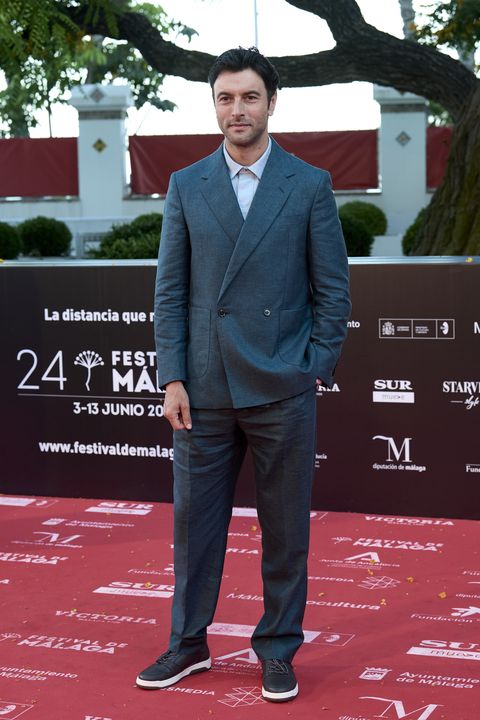 Completing the cast of the film, which will hit theaters on June 11 from the hand of Filmax, Pedro Casablanc, Elvira Mínguez, Jesús Carroza and Vicente Vergara