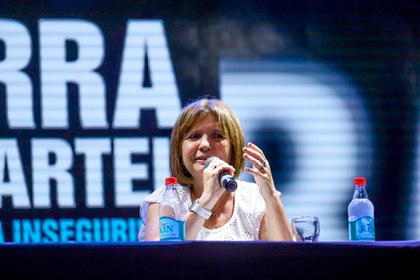 The former Minister of Security presented “War without quarter”, a book that reflects her management at the head of the ministry

This afternoon, at the Corrientes Theater in Mar del Plata, Patricia Bullrich presented her book War without quarter, in which she details her four years as Minister of National Security and in which she reveals a series of dialogues, experiences and anecdotes about her management at the head of the portfolio.

The current president of the PRO appeared around 5 p.m. in an event that was organized during the last hours, to which about 200 people attended under a strict protocol which required adequate distancing within the room.

The presentation was made by the dancer Maximiliano Guerra, who accompanies Bullrich on his tour of the Atlantic Coast. In the company of Guillermo Yanco, her husband, and his communication team, she had already visited the towns of Cariló, Pinamar and Villa Gesell, a place where the reaction and the greeting of a group of policemen towards Bullrich went viral.

“The idea was to relate a management that we suffer and enjoy; Both things happened to us ”, revealed Bullrich at the beginning of his speech. There he added: “In the book what I do is tell anecdotes. In Security you are always on the edge and you have to have a clear idea, a direction, because if you don’t you won’t get anywhere ”. 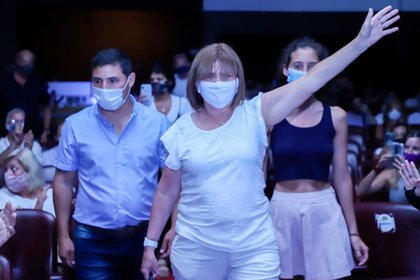 Bullrich entered the room of the Corrientes Theater at 17

The former official He recalled how former President Mauricio Macri offered him to head said ministry: “She was the first candidate for deputy for the City of Buenos Aires. Macri told me that he wanted me to be head of the bloc of national deputies. The day after winning the second round, after a press conference, he told me: ‘I have to tell you a good and a bad one. I asked him to start with the bad. “You are not going to be head of the block of deputies,” she said. And he continued: ‘And the good one, I don’t know if it’s that good for you, but I want you to be the Minister of Security”.

“From there it was to think about how to face things. Today we left Sabina (Frederic) a monitoring center that we used for the G20. A small but powerful monitoring center. Look, in the triple escape (on December 27, 2015, brothers Martín and Cristian Lanatta and Víctor Schillaci escaped from the General Alvear prison) we were on bridge 12, a police headquarters in the province of Buenos Aires. There was a table, a living room and a map of the Automobile Club Argentino. We had no idea of ​​anything. There was no information. The jail cameras were not working, those on the highway were broken. That day I met the biggest management challenge”, He revealed.

And he continued: “From Santa Fe they told us that they had been caught and it was not like that. Mauricio had tweeted the news and I had to call him. At that moment he asked me to dedicate myself solely to capturing them. We had two maps and zero technology. But when we grabbed them it was me personally. Macri told me that until I saw them and told him … I went to Quinta de Olivos and he received me with the following phrase: ‘This is your last chance, once again you tell me incorrect information and you leave’ ” . 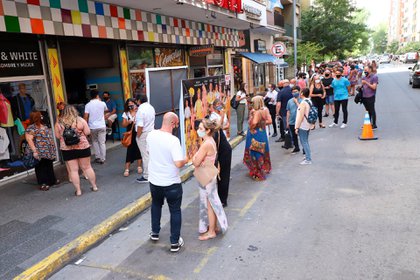 Bullrich was accompanied by the mayor of General Pueyrredón, Guillermo Montenegro; the Secretary of Culture of General Pueyrredón, Carlos Balmaceda; the provincial senator Flavia delmonte; the provincial senator Lucas Fiorini; and the director of the Fundación Libertad, Alexander Bongiovanni. The former minister’s tour has the support of the Friedrich Naumann Foundation.

After a video in which passages from the Security management were exhibited, all those mentioned said a few words until giving the place to Bullrich, who ended the meeting. Montenegro stated: “I emphasize passion and courage. He showed it throughout his career and life. She carried it forward the four years that she was a minister. It was very motivating for us and for the forces. We know what forces need: that one is there, working. We live it here ”.

Regarding the book, the mayor indicated: “One could believe that it is a management report and it would be completely boring. Here are experiences and what is written is what we all believe should be done to be able to live in society”.

Delmonte, for his part, said: “For a long time we have been noticing a clear lack of decision-making in public policies for the prevention and combat of crime by the national and provincial State. We come to accompany Patricia, who has worked hard to combat crime and insecurity”.

At the end, Bullrich related “To Russia with love”, one of the chapters of his book. “The Russian ambassador called me and told me that he had 500 kilos of cocaine in the embassy. That they were in suitcases and that they had entered with the complicity of the diplomatic service. I called all the Gendarmerie chiefs, Judge Julián Ercolini, who was on duty, and told him to come to the Ministry of Security. “ 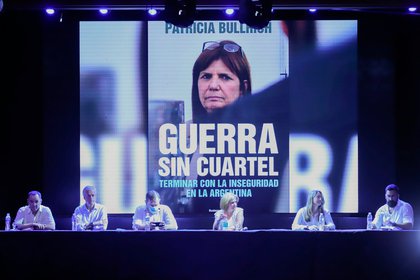 “We decided on the operation we were going to carry out and exchanged the cocaine for flour. Two gendarmes entered the embassy as workers and we placed cameras and GPS to monitor the shipment. Other gendarmes disguised themselves as bakers to buy the flour. And we had our bags in place for 12 months. The only one who knew was Macri. He told me they were never going to look for them again. Finally they came: we detained two retired Russian diplomats, two Argentines and a fifth member in Germany, ”Bullrich continued.

The former minister ended the event with a message for the future: “TWe have a lot to do ahead, because we have to recover the government. The place of freedom, of the republic, progress and prosperity, a great middle class country. This social conscience of an Argentine middle class that wants to progress, that its children are better than their parents. That is the PRO and Together for Change. If you have a conviction and you know you have to change, in four years you can change a paradigm. In the next election we have to encourage change”.

Interview with Patricia Bullrich: “Peronism guarantees the governability of decadence”