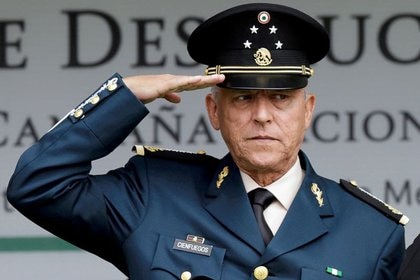 The parents of the 43 disappeared Ayotzinapa normalistas, they asked President Andrés Manuel López Obrador and the Attorney General’s Office (FGR) open an investigation folder against the former Secretary of National Defense (Sedena), General Salvador Cienfuegos Zepeda, in the case of their children.

The spokesperson for the collective “Nos missing 43” Felipe de la Cruz, asked the government of the Republic that there be no impunity for Cienfuegos Zepeda, and that beyond the issue of drug trafficking, he is investigated for probable responsibility in the events of September 26, 2014, in the municipality.

“For us, General Cienfuegos has a lot of responsibility in the events of the night in Iguala for protecting the soldiers who participated that night. We have denounced it from the beginning: the Army has a lot to do with the crimes that night “, highlighted the spokesperson.

He assured that there is unease over the impunity that prevails around the former head of the armed forces: “How is it possible that he arrives in our country and very calmly goes to sleep at home, when we have been demanding that the military be investigated for six years?“Questioned de la Cruz. 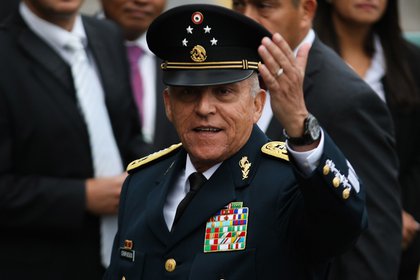 Cienfuegos Zepeda, was the head of the Sedena in the administration of Enrique Peña Nieto. After the Ayotzinapa students were attacked by alleged criminals and municipal police during the night of September 26 and early 27, 2014, the head of the Mexican Army assured that he would not allow his elements to be investigated, since they did not have nothing to do with the disappearance of the normalistas.

The fact is that from the moment the events occurred, the role of the Army was questioned for not having intervened to stop the attacks. It has even been pointed out to be part of the attacks.

De la Cruz assured that there is evidence that the presence of the military is recorded on the day of the events in different parts of IgualaHence, it is indicated that the personnel who allowed the attacks against the youth should be punished.

“The truth is that he cannot be sleeping like an angel in his house when we know that he has criminal charges”said the spokesperson.

On September 26, six years after the disappearance of the youth, President Andrés Manuel López Obrador, offered an apology on behalf of the State, pledged to the students’ parents to do justice and announced that there are arrest warrants in force against the military and members of the Federal Police who may have been involved in the case.. 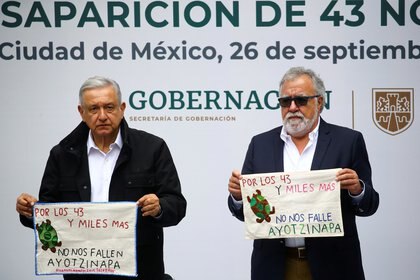 On the sixth anniversary of the disappearance of the 43 normalistas from Ayotzinapa, President Andrés Manuel López Obrador assured that there would be justice and revealed that there were already arrest warrants for some soldiers who allegedly participated in the events (File photo: REUTERS / Edgard Garrido)

“Arrest warrants have been issued against the military that are going to be executed. Zero impunity. Whoever has participated and is shown will be judged “, said the president in a ceremony at the National Palace with relatives of the victims.

Just last November 19, a day after Salvador Cienfuegos arrived in Mexico “as a free citizen” after the US dropped the charges for drug trafficking and money laundering against the Mexican General, it was announced that a judge issued a formal arrest warrant against Captain José Martínez Crespo for “organized crime with the purpose of committing crimes against health”.

The accusation is for his alleged links with the organization Guerreros Unidos, which is attributed the responsibility for the disappearance of the 43 Ayotzinapa students on September 26, 2014.

According to the information, Captain Crespo was patrolling in the municipality of Iguala at the head of a group of soldiers. However, so far, there is no formal accusation against him for the disappearance of the normalistas.

“I want to offer my apologies on behalf of the Mexican State”: López Obrador promised before the parents of the normalistas to do justice

Ayotzinapa case: López Obrador revealed that there are arrest warrants against the military

The shocking revelations of Anabel Hernández about Tomás Zerón and Omar García Harfuch, in the disappearance of the 43 normalistas