A surprising date that represents an unpublished post-production time, since it finished filming last May. In addition, he makes it clear that, as has been customary for the director, he will not present the film at the 2022 Cannes Film Festival, nor will it go through the San Sebastián Film Festival, which starts on September 17.

‘Parallel Mothers’, the filmmaker’s return to the female universe, already has a official synopsis released by El Deseo: It is the story of two women, Janis and Ana, who meet in a hospital room where they are going to give birth. They are both single and accidentally got pregnant. Janis, middle-aged, has no regrets and in the hours leading up to delivery she is abuzz. The other, Ana, is a teenager and is scared, sorry and traumatized. Janis tries to cheer her up as they sleepwalk through the hospital corridor. The few words that cross in those hours will create a very close bond between the two, which chance will take care of developing and complicating in such a resounding way that it will change the lives of both. 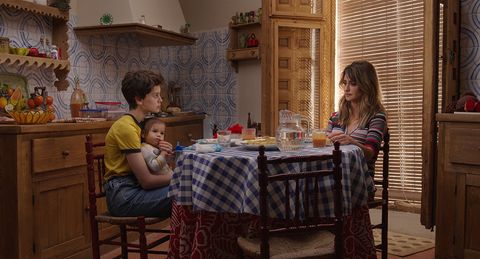 Agustín Almodóvar, producer, assures that he is “Happy to announce the arrival in Spanish cinemas of Pedro Almodóvar’s new film, ‘Parallel Mothers’. Given the complex and unpredictable times that we live in, we are very confident working with a company like Sony Pictures, whose team we trust after sharing a wonderful experience with the release of our previous film ‘Pain and Glory’ ”.