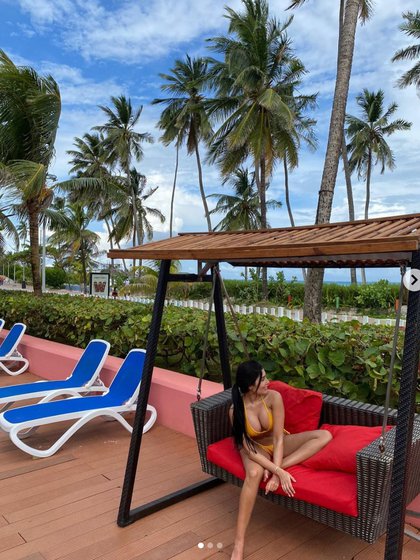 María Alejandra Jaramillo, younger sister of the famous singer Paola Jara, worried her followers on social networks after sharing some content from her visit and stay in San Andrés.

Well, the singer’s sister was, little by little, telling, through images, the problem that, today, plagues the island, and the fear that floods the inhabitants of the area.

The young woman showed the panorama that was lived in San Andrés, as the hurricane lota took her by surprise while she was enjoying a vacation.

As the hours passed, Jaramillo showed how the situation got complicated due to the Iota, which reached its highest category last holiday Monday.

The Colombian published a series of videos and photos where you can see the force of the winds that hit this area of ​​the country, causing anguish and tension among the people who were in the area.

“It has been a difficult day, with a lot of uncertainty and tension, because it is almost impossible to be totally calm in such a situation. We have been at the hotel since 2:00 pm,” reading news about the storm and since then they have not stopped. rains or strong winds. I just hope everything goes well, wrote the sister of the interpreter of Como si nada.

Similarly, Jaramillo said she was nervous about what happened, but indicated that she is safe and sound, thanking the messages of support and concern she received from some users of the social network.

In one of the clips that Jaramillo shared, you can see how the wind hits the palm trees, the houses near the sea, and how the rains cover your view from the hotel room.

She appears in a video, while recording the situation she experiences with the harsh weather and overwhelming conditions. 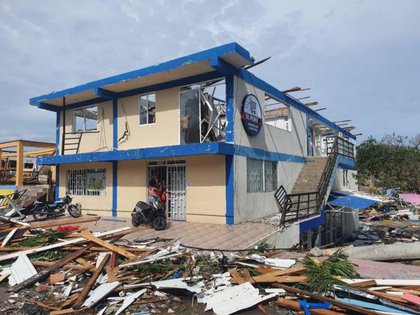 The coordinator of Meteorology of the Institute of Hydrology, Meteorology and Environmental Studies -Ideam-, Martha Cadena, specified this Tuesday that the indirect influence of Hurricane Iota could increase rainfall in other regions of the country in the coming days.

The official indicated that together with the National Risk Management Unit and local authorities, the behavior of the hurricane has been monitored and asked to keep the coastal authorities on maximum alert due to high waves.

For his part, President Iván Duque traveled to the archipelago on Tuesday to verify the damage caused by Hurricane Iota on the islands of San Andrés, Providencia and Santa Catalina.

Already in Providencia, the head of state said: “It is to show to all the Colombian people that we are making a presence here, it is a devastating situation, we have seen a maximum impact on infrastructure but we are going to work on reconstruction.”

The president defined it as a miracle that there is only one fatality and one missing person after the hurricane, which reached its maximum category when it passed over the archipelago.

Some inhabitants of Providencia managed to survive with the help of their neighbors, who protected them during the most difficult moments of the storm.

“This is a devastating situation”: Iván Duque from the island of Providencia