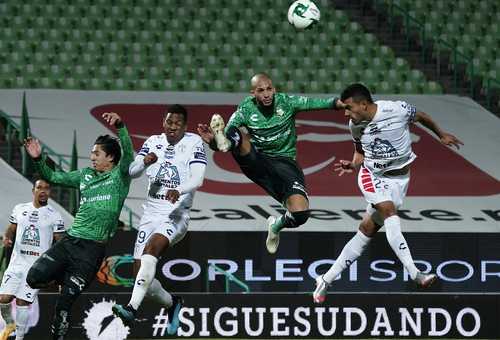 ▲ The Tuzos recovered from several cases of Covid-19 and achieved the classification to fight for the title.Photo Jam Media

With a strategy of measure and cunning in the attack, Pachuca became the first club to overcome the playoffs and seal its pass to the group of the Guardians 2020 tournament, after thrashing 0-3 to a Santos who was also defeated by restlessness at the TSM stadium.

After having finished the regular phase in ninth place in the general table, a place below the Warriors, the Tuzos took the ticket with goals from Víctor Guzmán (36), who returned in this tournament after an investigation for doping , Óscar Murillo (56) and Roberto de la Rosa (84).

With a squad recently replaced due to Covid-19 cases, Pachuca helmsman Paulo Pezzolano opted for the veteran and former player of the late Ascent Mx Roberto Nurse to accompany Felipe Pardo in the attack.

However, nervousness weighed on Nurse in the first minutes of the game, when he committed a strong tackle on Josecarlos Van Rankin and the whistling Marco Antonio Ortiz showed him the yellow card.

Santos tried to impose his game, but Pachuca knew how to counter the rival to take control and in less than 10 minutes he launched two dangerous attacks. Gustavo Cabral connected with a header that passed just inches above the crossbar and soon after Nurse finished off a shot that hit outside the nets.

The duel was balanced in the midfield, until Santos managed to get closer to the goal when Julio Furch took advantage of a rebound and launched a tight shot that just managed to deflect Pachuca’s goalkeeper, Óscar Ustari, and then hit the post.

The Warriors put tension minutes later when Carlos Orrantia leaked down the right side after an oversight from the rear and sent a shot that was stopped by the goalkeeper. With the pressure on top in the fight for the pass, both coaches launched claims and even exchanged words with annoyance, for which the whistler admonished them.

The match was locked for moments, but Pachuca was more skilled at breaking the opponent’s defense and reaching the goal. Érick Gutiérrez sent a masterful cross for Víctor Guzmán to finish off with a cross shot inside the area and put the first goal.

With the score against, the Warriors were accelerated in the complement and Julio Furch opened the duel with a powerful shot that was saved by Ustari.

In a free kick, goalkeeper Carlos Acevedo managed to reject two shots from Ismael Sosa, but in the last rebound the ball fell at the feet of Óscar Murillo, who only pushed the ball before the eyes of the local defense to score the second goal.

With desperation on his back, Santos persisted and managed to generate danger with shots from Furch and Fernando Gorriarán, but Ustari stood firm to stop the attacks. As the Warriors stalked the visitors’ goal, Tuzos reacted with a lethal move. In a wall play with Víctor Dávila, Roberto de la Rosa, who barely had a few minutes on the court, leaked into the area to shoot and sentence the third goal.