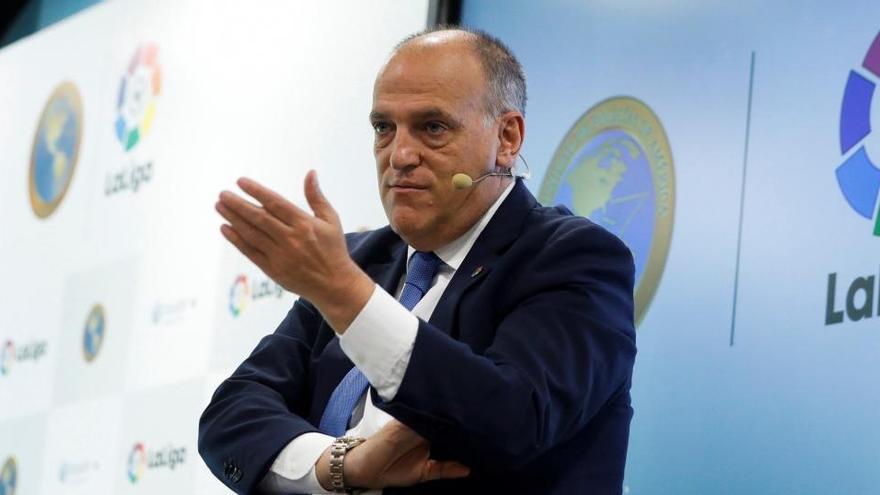 Oviedo has advanced positions, theoretically, compared to last season. In 19/20, it was ranked 11th, with 8.17 million at the start of the competition. In times of recession, Carso’s financial muscle is critical to moving the club forward.

Oviedo’s accounts indicate that Carso has completed three capital increases for 7 million euros in the last year and a half, the last one, of 2.5 million, was launched in September to raise the ceiling. And the effects place the blues in a theoretical seventh place. However, this position admits nuances, as there are teams with a lower public cap and that nevertheless, and as an exception, have inherited contracts that make them exceed 9 million for the Blues.

Tebas himself pointed out on Monday to Sporting and Zaragoza (8.85 million cap) as the two teams of Segunda with the greatest economic problems. Girona (4.2 million) is also in that position. The three, it is suspected, have an investment in staff greater than that of Oviedo, so the real position of the Blues in spending on their team would be, at least, tenth. Although the League has not made public the clubs that exceed the spending limit, it is suspected that there could be more affected than the three examples already mentioned.

The salary caps of Spanish football.

Sporting could only incorporate two players this summer, both on loan, Cumic and Saúl García. The reason was the current economic situation that caused the rojiblancos to be unable to make a substantial transfer that would balance their accounts and allow them to have a high salary cap, like the last three seasons. The League has reduced the cap almost in half, from 11.31 to 5.71 million. The rojiblancos exceed that figure, like other clubs in Spain. Hence, for example, Sporting has not made a first-team record to players who in normal circumstances should have it, and who continue with the subsidiary’s number, since it was not possible to add it to the top. The League did raise its hand for transfers.

The pandemic has caused Sporting, like Girona and Malaga, to lose financial muscle, and they are among those that have seen their cap reduced the most. Sporting, placed in the top of the last three courses, are now in 11th place. The League, due to covid-19, has raised its hand a little more with the teams that have not adjusted, but in the winter market it will continue to monitor very closely, hence Sporting assumes, as Javier Fernández already said in your interview in LA NUEVA ESPAÑA, which will not be able to undertake the arrival of any reinforcement except an income from sale.

The caps of the category, which can be consulted in the table that accompanies the information, range from 43.3 million for Espanyol to 3.7 million for Malaga.

The “only problem” of Tebas and Oviedo

Javier Tebas yesterday addressed the media in a virtual press conference in which he assessed the economic situation of the League teams, warning that “a cash flow problem may be generated at the end of the season. To avoid this, it is necessary to adjust the wage bill and refinance the debt. Whoever exceeds the limit this year will be paid the next ”. The employer’s leader valued his relationship with Oviedo and Sporting, after the appointment of Javier Fernández, the top rojiblanco leader, as vice president of the League: “I have no differences with anyone. The only problem with Oviedo was last year due to the valuation of some sponsorships, which was the same as happened with Almería. Not because I have a personal relationship with Javier Fernández, I am going to have worse treatment with Oviedo ”.