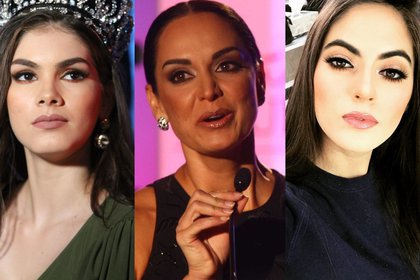 Denisse Franco and Sofía Aragón are not the only beauty queens who have criticized the workings inside Mexicana Universal (Photo: Cuartoscuro / @ instagram @ sofaragon)

After this Monday night the actual Mexican beauty queen Sofía Aragon broadcast a live broadcast on your account Instagram where he told what he experienced in his preparation for Miss Universe by the hand of Lupita Jones, of whom he said he never paid a peso during his stay in the project, contrary to what happened with other queens who were given help to live, a car and monetary compensation, now another model has issued his version.

It was Denisse Franco, the winner of Nuestra Belleza México 2017, who represented Mexico in Miss Universe in the same year, who supported what Aragon said, and although she did not mention names did reveal the problem within the organization led by Lupita Jones. The 22-year-old from Sinaloa shared her feelings through a statement on her Instagram stories (Photo: Instagram @ chicapicosa2)

“Brief comment: These are not hours to give statements, but I want to tell you that at all times I was calm because I know that I gave what I had to give during my reign, even though I was accused of being undisciplined with a lack of commitment (even by the organization). In spite of that, I am infinitely grateful to the organization for having given me the opportunity to represent my country, it was a very important stage, of great growth and I will always be grateful, ”the beauty queen began in a message spread through her instastories. 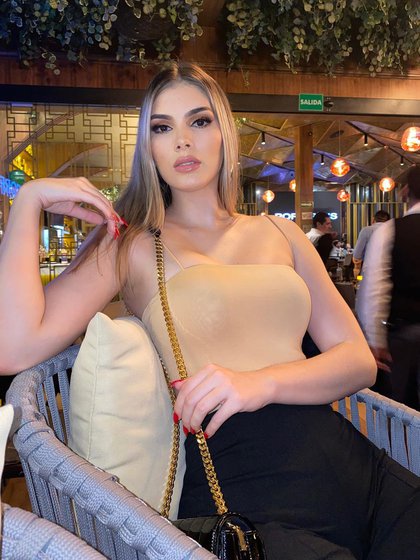 The model assured that within the organization there are dynamics susceptible to improvement (Photo: Instagram @denissefrancop)

“As for what Sofia mentions in her live, I can also tell you that things are not as easy as they make them see and only those of us who live the experience know what is behind it, I am not the one to judge nor am I accusing anyone, but things could be different and we would obtain ( sic) better results if there was better communication between each member of the organization and they worked as a team leaving aside the ego with the sole objective of obtaining that crown, I assure you that if things were like that we would already have (sic) another crown for our country“Added the Sinaloan.

“I wholeheartedly hope that the organization meditates and takes our comments into account to generate a positive impact and change the image that people have of beauty pageants,” concluded the 22-year-old native of Culiacán.

And it is that Denisse Franco had already made evident his annoyance with the organizer of the contest now called Universal Mexican, and even various voices assured that the former Miss Universe 1991 hinders the triumph of the Mexican women who “prepare”. 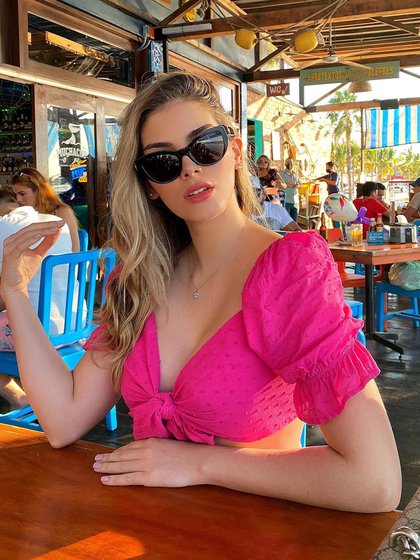 In 2017, Denisse Franco was dismissive when mentioning Lupita Jones: “I have not spoken with that lady” (Photo: Instagram @denissefrancop)

After Franco did not classify in the Top 16 of Miss Universe 2017, unleashed a series of comments directed against Lupita Jones, which were joined by some former beauty queens such as Josselyn Garciglia (Miss Mexico) and Marilyn Chagoya (Miss World Mexico 2012).

The messages were very strong and They pointed to Jones as a person who, far from helping the development of his “apprentices”, has hindered the path of the Mexican beauty queens to get a crown in this contest.

Faced with the accusations, Lupita assured that everything is a lie and appealed to her status as a businesswoman to ensure that she would never do something to the detriment of her work: 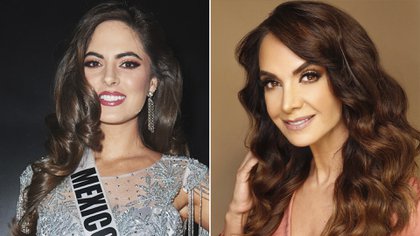 Sofía Aragón broadcast live to denounce that the organizer of the contest made differences between her and other contestants, whom she supported financially (Photo: Lupita Jones (@ jordi_80) / IG – Miss Universe Organization)

“Everything they have said about the little support that Denisse received in the contest, is a lie… how am I going to screw up my work? I consider myself a businesswoman, a business woman and the worst thing would be to throw at what I have built. I never understood why it did not happen because it was one of the favorites on social networks by the public. That is why I do not like to speak when there are controversies, because we make them bigger. I supported her in everything that was in our hands and it is a lie that I sabotaged her so that she would not be among the best 15 ”, she expressed at that time in a meeting with the media.

This controversy joins the estrangement and rivalry between Jones and Ximena Navarrete, Miss Universe 2010, because there are voices that assure that it was the support of Denisse Franco from Jalisco that led Lupita to close the way to the native of Sinaloa.

“I know how it is, so false, so ungrateful”: Lupita Jones angrily responded to Sofía Aragón’s remarks

An empty fridge and 100 pesos in the bank: Sofía Aragón’s crude revelations about “the symbolic violence” that Lupita Jones experienced in Mexicana Universal

Who is Sofía Aragón: winner of Mexicana Universal 2019, writer and businesswoman