Competition in the mobile market is increasingly fierce, leading companies to speed up and advance the launch of their new generations with increasing speed with cases such as the already dated OnePlus 9. And it is that with a family of terminals not yet settled, it seems that the Chinese company is preparing to a new update of its top of the range for next March.

However, these rush seem to be accompanied by a lower capacity to maintain surprise, this new family of phones already accumulating a huge amount of rumors and leaks behind them, which already show us a fairly concise image of what we can expect.

In fact, it is the phone’s own image that surprises us first, since instead of the already repetitive set of square cameras that most of the latest smartphones include, the latest renders of the OnePlus 9 show us the return to a set of vertical cameras based on a trio of sensors of different sizes, on which the three lenses of 64 megapixels, 16 megapixels and eight megapixels respectively. A configuration that will be completed by a fourth camera perforated on the front, with a powerful 32 megapixel sensor.

Other rumors about the OnePlus 9 include that it will offer a larger screen than the OnePlus 8T, which already had a 6.55-inch screen. Although this new screen would reportedly opt for the AMOLED technology and a flat panel. So while previous rumors suggested the possibility of a screen with refresh rates of up to 144 Hz, the latest leaks seem to bring it down again slightly, keeping it at a very interesting 120 Hz panel. 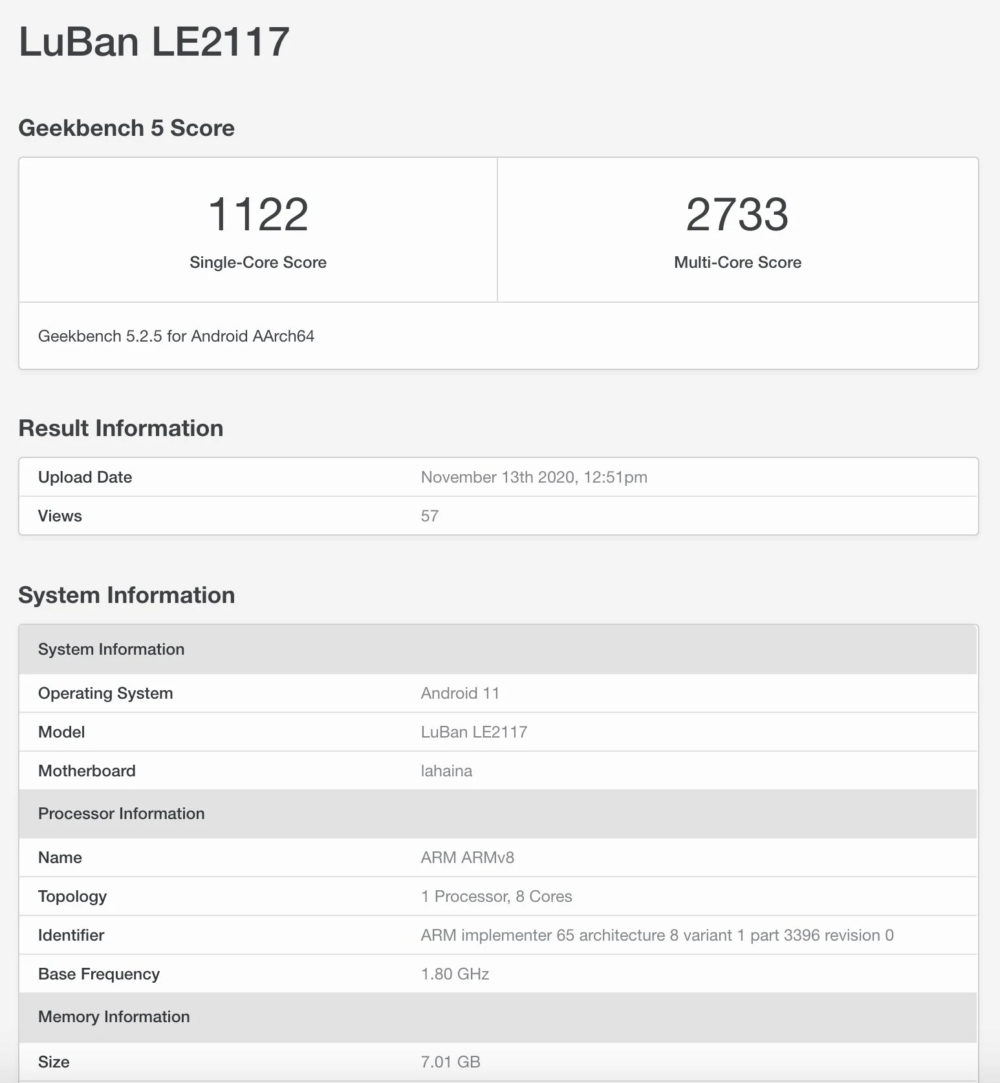 Regarding its specifications and technical details, its time at GeekBench seems to have anticipated that the OnePlus 9 would be sold in two versions instead of its recurring three, limiting itself in this case to the standard and Pro models. However, each of these versions will have at least two variants, apparently limited to different memory and storage configurations.

And it is that at the moment only figures of at least 8 GB of RAM and 128 GB of internal storage, still far from what you would expect from a new top of the range. Although other more important changes are expected at the internal hardware level. Given the information about the processor, it seems likely that the OnePlus 9 will take advantage of the launch of Qualcomm’s upcoming 5nm chipset, the snapdragon 875.

Finally, the company is expected to surprise us again with the battery of this phone, which in addition to a large capacity of 5,000 mAh, it will be supported by its wireless charging and fast charging Warp Charge 65, capable of recharging a full day of use in just 15 minutes.